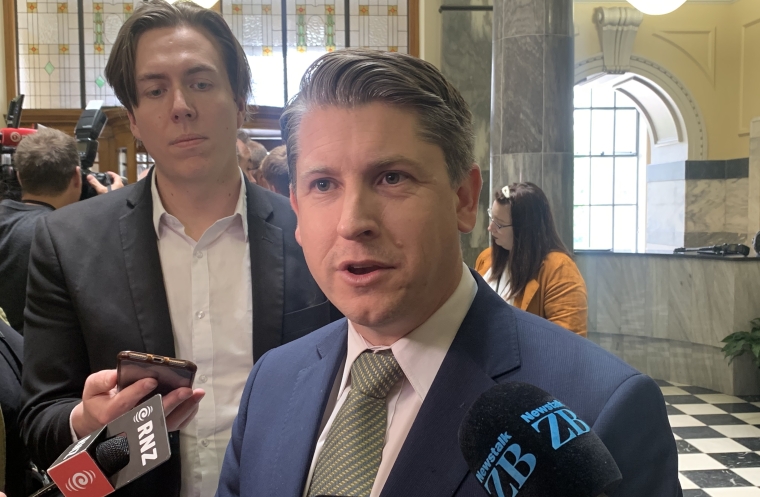 It has been revealed officials were strongly opposed to the government introducing Fair Pay Agreements (FPA), touted to prompt the largest change to workplace laws in decades.

The Ministry of Business Innovation and Employment (MBIE) in April warned Michael Wood, Minister for Workplace Relations and Safety, that forcing employers to participate in a bargaining process “may not be consistent with the international framework relating to collective bargaining”.

MBIE also said, in its Regulatory Impact Assessment, FPAs are “likely to result in bargaining stalemates”.

And it expressed concern FPAs are poorly targeted, saying “the proposed system may create significant labour market inflexibility and costs when it is used in sectors without a demonstratable labour market issue”.

It suggested the government addresses these problems by strengthening existing collective bargaining mechanisms and empowering a government body to introduce a limited set of sector-based minimum standards if it identifies a problem.

Wood ignored this advice, and in May announced the Government would start drafting legislation to introduce FPA agreements.

He proposed all employers in a sector be made to engage in collective bargaining if either 10% or at least 1000 workers in the industry agree to initiate the FPA process.

FPAs must include topics like base wage rates, ordinary hours, overtime and penalty rates. Some other topics must be discussed but don’t have to be agreed, like redundancy, leave, and health and safety. Contractors aren't currently included, but the government plans to bring them under the regime.

Legislation is expected to be introduced to parliament in November.

Asked whether he would consider softening his position on FPAs, Woods told journalists: “We’ll go through a select committee process and we will listen to the submissions that people make.

“But we have a fundamental commitment to moving forward with this policy, which we explicitly campaigned on.

“We’ve had 30 to 40 years of a low-wage economy in New Zealand, which traps too many working people in poverty.”

MBIE estimated that if eight FPAs were reached in a year, this could put up to $600 million more in workers’ pockets - more than the $40 million it estimated its proposed solution would deliver.

BusinessNZ said the fact MBIE had considered the impact of eight FPAs was “alarming”, given the government initially suggested there would be no more than two or three in a year.

Wood in May proposed the government would fund up to four FPAs a year.

He said the Government would give each bargaining side $50,000. Additional funding would be available for unions or industry groups with low memberships. The Council of Trade Unions and BusinessNZ would also get $250,000 each for three years.

MBIE concluded the government’s proposal, which is similar to that proposed by a working group headed by former National Party prime minister Jim Bolger, would improve working conditions for those covered by collective bargaining.

“However, the low threshold for initiation means that the system could be used in situations where the marginal improvement in terms and conditions for existing workers are achieved at a significant cost to employer flexibility,” MBIE said.

“This risk is mitigated under MBIE’s preferred model because a labour market problem must be established before the government intervenes.”

Wood denied MBIE was “captured by industry” and said it was normal for government ministers to disagree with officials.

The MBIE tries to legitimate their position using the card of an international framework which does not exist. What they try to say between lines is that there's the assumption New Zealand should continue to be ruled by neoliberal policies.

This is wrong. The people didn't vote a labour government for this, should they keep on this line next elections voters will resort to the original instead of a National rip off.

Assuming there is such a thing as laws of economics, neoliberalism wouldn't be the only one although it would be one of the least in touch with reality indeed.

I just watched a video from seven Sharp on the owner of the Ataturk in Whakatane. I'm guessing under the "laws of economics" theat guy should be hung drawn and quartered.
https://www.tvnz.co.nz/shows/seven-sharp/clips/whakatane-turkish-cafe-o…

With improvements in employment law (minimum wage, sick pay, domestic violence leave etc) there is no need for collective bargaining. This legislation will be hard for SMEs to implement but ok for public sector and corporates. This government seems to favour policies that benefit the international businesses over the small and local. Foreign forestry companies over local farmers, Indonesian coal over local coal, Australian supermarkets over butchers and green grocers etc etc.

Who needs those improvements anyway?
Imo, there are just too many tin pot businesses, demanding to be propped up by desperate immigrants, and the accommodation subsidy.

I’m not arguing that they should be propped up. I just think that they should have freedom to set their own pay and conditions in individual negotiations with employees. As an employee I would rather negotiate my own salary and benefits rather than have them dictated by a union.

Totally agree, what about the 1.2 million people being propped up by this benign government by way of our taxes.

No fpa for nurses of course

I'm an employer and it's a sh#t idea.

Damn right, you might have to pay your workers properly.

"“We’ve had 30 to 40 years of a low-wage economy in New Zealand, which traps too many working people in poverty.”

I take it we'll be immediately revoking the skills shortage list so employers are forced to train and pay locals well then? Or is that not how this works?

Another disastrous policy from this Govt who seem to believe you can centrally plan every part of an economy. It wont work history shows it doesn’t work.
https://www.nzinitiative.org.nz/reports-and-media/opinion/new-opinion-1…

Of course the Business Roundtable prefers the current situation of low wages and low productivity, and profits flowing into their pockets.

Did you actually read the article in the link provided ?
Have you ever had any experience in running a business or working in a compulsory unionised environment ?
Spend some time and research the history on the topic.

Taxinder knows best, she did work in a fish and chip shop (Part time)!!!

So we have a government department committed to a low wage economy. Charming.

'MBIE estimated that if eight FPAs were reached in a year, this could put up to $600 million more in workers’ pockets' OK so how is that a bad thing? They might actually spend it in the real economy. Has NZ really moved so far right that a govt dept can worry about this kind of outcomes?