Business
Trade experts look through 'performative' outrage from Chinese Embassy over cyber attacks, and back the strength of NZ's business relationship with China 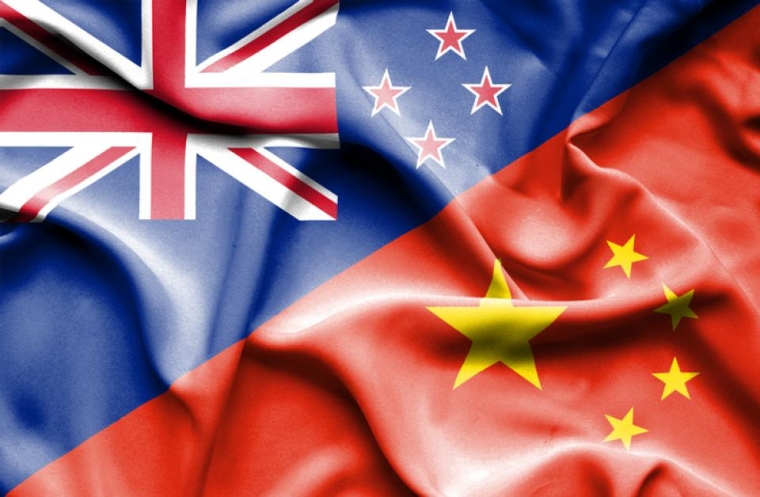 Trade experts believe there is a low risk New Zealand’s business relationship with China will be hurt by the Government calling it out for conducting malicious cyber activity here.

Those interest.co.nz spoke to acknowledge there are geopolitical risks associated with trading with China - particularly for companies heavily reliant on China.

But, they are looking through the fiery statement the Chinese Embassy in New Zealand released in response to the Government being more public, and using more forceful language than usual, in calling out China.

Saunders Unsworth partner Charles Finny said he would be “really surprised” if China retaliated, as New Zealand is one of a number of countries complaining about its conduct.

“But we have to monitor that very closely,” he said.

Wigram Capital Advisors principal Rodney Jones told interest.co.nz: “China needs a network of different countries that it can work with on different issues. And so, they can huff and puff, but in the end, their interests demand not being offside with everybody.”

Dairy Companies Association of New Zealand executive director Kimberly Crewther hoped the relationship was “sufficiently mature and constructive to enable concerns and points of difference to be aired when they arise, without spilling over to the trade relationship”.

“This has been the case to date, and we see no reason why it shouldn’t continue to be so,” she said.

“This is about protecting New Zealand’s interests and choosing to align with others at this time,” he said.

Minister Responsible for the GCSB Andrew Little said: “We call for an end to this type of malicious activity, which undermines global stability and security, and we urge China to take appropriate action in relation to such activity emanating from its territory…

“The GCSB’s National Cyber Security Centre (NCSC) has provided direct support to New Zealand organisations that have been affected by this malicious cyber activity. For both national security and commercial in confidence reasons, these organisations are not identified publicly.”

A spokesperson for the Chinese Embassy in New Zealand responded by saying the accusation is “groundless and irresponsible”.

“We urge the New Zealand side to abandon the Cold War mentality, adopt a professional and responsible attitude when dealing with cyber incidents, and work with others to jointly tackle the challenge through dialogue and cooperation, rather than manipulating political issues under the pretext of cyber security and mudslinging at others,” the spokesperson said.

“I think it’s just something they have to go through. I would be very surprised if it moved beyond words. If it did, it would be a very serious development,” he said.

Similarly, Jones said: “Anything the Chinese Embassy says in New Zealand is directed at Beijing, not at Wellington. It’s performative.”

Can foreign affairs and trade be separated?

Jones believed China didn’t want to be seen domestically as being offside with New Zealand.

He maintained that when dealing with New Zealand, China needs to keep foreign affairs and trade distinct, as it can’t afford to get offside with too many countries.

“How isolated does China want to be? China is turning inwards and is more isolated, but it doesn’t want to end up with a rump of countries it has good relations with,” Jones said.

He maintained China would rather get offside with “middle-sized powers” like Australia, with military and security alliances with the US, than New Zealand.

“But what choice do we have?” he said.

“I think in this very complicated geopolitical world, you’d be rather naïve to think politics and business are completely apart.”

“You can never exclude the risk there may be some effect [associated with New Zealand calling China out],” Jacobi said.

“But on the other hand, I don’t really think you can stand aside and do nothing when cyber security interests are being put at risk.”

Finny agreed the Government made the right decision, speaking up about China’s cyber activity.

“We want to be friends [with China], but friends don’t conduct cyber attacks on other friends,” Finny said.

He said he would be surprised if New Zealand businesses weren’t thinking about the geopolitical risks associated with trading with China, and maintained it was prudent to think about other markets.

The relationship evolves as China evolves

Finny believed New Zealand’s relationship with China had evolved over the years.

He noted the approach from the Ministry of Foreign Affairs and Trade, echoed by government ministers, had become more US-centric.

“I’m not sure what the bigger factor is - whether it’s a desire to develop the relationship with the US more fully. Or, is it actually just a reaction to continuing change on the part of China?”

China is doing all the provoking, not the other way round
They need to pull their head in.
But both sides are full of hot air. China needs the world for its economy, and vice versa.

Re: They need to pull their heads in. It might be the other way around. China's economy is already 20% bigger than the USAs, and that's according to the CIA factbook. Interesting podcast here with the Jolley Swagman Joe Walker Interviewing Graham Allison about the Thucydides trap. https://josephnoelwalker.com/episodes-list/
Here's a little dialogue;

Joe Walker - What principals should Australia obey in relation to China?
Graham Allision - Is Australia in the weaker position where the weak suffer what they must? Yes! ...they (China) are attempting to punish Australia to encourage the propper level of deference. I think unfortunately ... it's necessary to deal with, adopt, to adjust, and defer, and grovel to some extent...

I used to criticise John Key and National, but in retrospect they had stable and consistently excellent relations with China. That's probably a good thing for New Zealand.

Who cares what the Chinese embassy says.

Reason NZ critised was only when got signal that trade will not be effected except public posturing by both side.

All these countries are in glass houses and throwing stones. All want to erode internet privacy.

The truth is the base layers of the internet, TCP/IP weren't built with encryption front-of-mind. As such there are protocols like Secure Server Links (SSL) to compensate. Also companies (often backed by governments) produce hacking software like Pegasus, which is then sold to state actors and imps.

Vulnerabilities like Meltdown and Spectre in many modern microprocessors allow access to read all memory - not all microprocessors have been patched. Windows and Android aren't exactly NOT monitoring people..

All these countries need to grow up. It's public record that NZ uses facial recognition software and software to scan though 'social media' on mass. Focusing on closing security vulnerabilities rather than exploiting known vulnerabilities would be a good start.

At the top I imagine there are good security practices and the bottom (general public) is getting much better. A lot of State Level and Corporate cyber attacks probably involve a level of con-artistry not just 'clicking-on-an-email'.

there are issues NZ can critisize China for the sake of demonstrating to the US that I am still your ally.

There are also issues NZ should never follow the US suit to accuse China for the sake of demonstrating to China that I am still you best friend in the western world.

NZ is so far extremely skillful to maintain this balance. Keep it up. good job.

I would be fascinated to know who you believe on this issue; China or NZ?

I do not believe the US on this issue. Hope this answers your question.

We have to be very careful of the USA, they have a habit of making shit up to suit their agenda and the cost is in lives not ransomware payments.

Now, if this H8 Speech law was operative. Would this group of countries calling China out be considered a H8 group?

the west has freedom to speak lies to suit its propagandas.

Not for much longer. Hence my point about H8 Speech. The slippery slope to Hitlers favourite subject, Fascism.

"Looking through " is latest management speak BS for ignoring.
So, really, China, don't worry (or dairy industry) we don't mean it.
it is fine for you to crash our DHB computer systems or small businesses and spy on us and abuse your people, and we will bleat occasionally with a wink and a nod, but really, we are all good.
Pathetic servile subservience and dependency.
AS usual human rights and democracy second to any commercial requirements.

Weasel words, the latest: "looking through"
As in ignoring because does not suit agenda.
See inflation.
Think we need a dictionary specifically for this bull.
"Soft" is another one, meaning fell
Notice "hard" is not used when data rise.

It's interesting that China's NZ embassy can demand and receive a "please explain" meeting with New Zealand's government, yet China resists the USA's and Australia's requests for dialogue. Have any similar meetings been demanded and granted from other countries which made coordinated cybercrime statements? This could reflects the relative warmth of the relationship between NZ and China, or perhaps that NZ is still seen as the soft underbelly of the ANZUS/Five Eyes relationship and more likely to diverge from its traditional defence partners for the sake of trade.