Intergovernmental agreement with US over the controversial FATCA tax act secured

Intergovernmental agreement with US over the controversial FATCA tax act secured 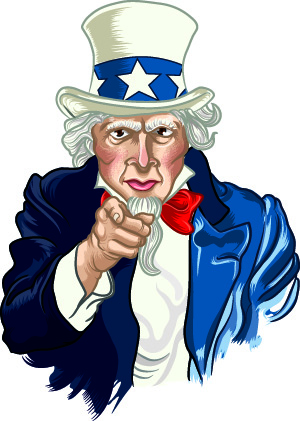 All bar the dotting of the i's and crossing of the t's appears done in New Zealand's intergovernmental agreement with the United States over its controversial Foreign Account Tax Compliance Act, or FATCA.

An Inland Revenue Department (IRD) spokesman confirmed to interest.co.nz negotiations between the two countries have progressed sufficiently for New Zealand to be treated as if an intergovernmental agreement is already in place.

The FATCA rules require global financial institutions to report to the US Internal Revenue Service (IRS) about details of US customers. The stated aim is to reduce tax avoidance by US citizens investing outside of the US, and failing to declare the investments and income from these investments.

Lawyers at Minter Ellison Rudd Watts point out New Zealand will be treated as having an intergovernmental agreement in effect until the end of 2014.

PwC partner Mark Russell says implementing FATCA under an intergovernmental agreement reduces compliance costs for New Zealand financial institutions by simplifying the reporting process, and allowing them to report to and make arrangements directly with the IRD rather than the IRS.

"It also generally eliminates the prospect of 30% of payments being withheld, which would be a major business risk," Russell says.

New Zealand financial institutions can push ahead with registering for FATCA, Russell adds, with a benefit from registering before May 5. This is the cut-off date for being included on an initial list published by the IRS of qualifying institutions.

"This should make it significantly easier to establish an organisation’s FATCA status when dealing with other financial institutions because they can simply look up the list,” Russell points out.

In a recent speech John Koskinen, the Commissioner of the IRS, spoke about FATCA.

"This law is important because it requires foreign financial institutions to tell us about accounts owned by US citizens. With this information, we can do a much better job of combating offshore tax evasion. Our goal is to make it more and more difficult for Americans to hide their money in a tax haven to avoid paying taxes," Koskinen said.

"The importance of FATCA is not just that we’ll be collecting more money. It is also important because the average taxpayer has to be confident that, while they are paying their taxes, the very wealthy, with fancy lawyers and accountants, are no longer able to hide their money in foreign countries and avoid paying their fair share to support the operations of the government," added Koskinen.

In a regulatory impact statement IRD says because assisting the Americans to implement FATCA will require local financial institutions to collect data on customers and pass relevant information onto the IRD, this will "impair" customers' privacy rights. However Prime Minister John Key says New Zealand has no choice but to comply with FATCA.

"If we didn't comply then there were significant implications for New Zealand, and in fact they've made everyone in the world who wants to do business with them comply under those terms," Key has said.

This is yet more lazy, irresponsible journalism about FATCA.

Why is there no mention that this agreement will be treated as being in effect BEFORE the enabling legislation has even been passed through parliament ? (it is still at the Select Committee stage).

Why is there no mention that the Privacy Act and the Bill of Rights have to be overridden for this extra territorial law?

Why is there no mention that this is essentially an asset seizure program targeted at law abiding New Zealanders who have been born in the US, have a US parent or once had a Green Card?

And who cares what the Commissioner of the IRS had to say about this? Unless of course, you consider that he has been installed as the supreme authority over a sub class of New Zealanders - oh wait, he has.

So long as the banks get their bailout and the consultants make their money, nothing else matters, right Gareth?