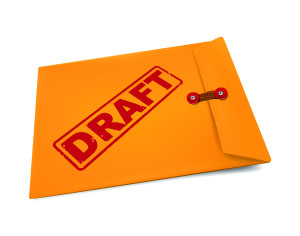 “We want our most vulnerable to have better access to information, and better protection from the predatory practices of loan sharks and unscrupulous pay-day lenders when taking on debt,” Goldsmith says. “The draft Code seeks to do this without imposing unnecessary compliance costs on those lenders who already have good systems in place."

Goldsmith says the Code is intended to promote best practice in terms of the processes that lenders should follow in order to comply with the binding lender responsibility principles. The Government views developing the Code as a key part of implementing significant reforms made to the Credit Contracts and Consumer Finance Act earlier this year. Goldsmith says these reforms aim to promote fair, efficient and transparent credit markets and promote competition, consumer choice and protection.

“Achieving the right balance between consumer protection and industry flexibility is a difficult balancing act. I will be listening carefully to feedback from all interested groups. I intend to issue a final Code in March 2015 to give lenders time to adjust their processes, if needed, before the Code comes into force in June 2015,” Goldsmith says.

The final version of the Code will give lenders guidance on how to implement the new responsible lending obligations set out in the Credit Contracts and Consumer Finance Amendment Act.

“We know that most lenders already act responsibly when lending money to their customers. However, there is still a percentage of the industry who engage in irresponsible or predatory practices that may put customers in very difficult situations. The Act, and the Code, will look to curb those practices,” Goldsmith says.

The Ministry of Business, Innovation and Employment (MBIE) wants submissions on the draft code by 5pm on Tuesday December 23.