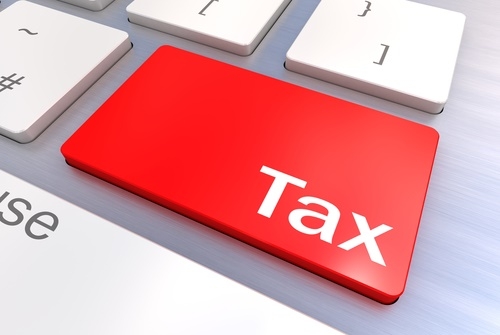 The Government and the IRD are moving to crack-down on the big banks, overseas customers, and other offshore-owned entities that are not believed to be paying their fair whack of New Zealand tax.

The IRD's produced a 46 page issues paper making suggestions for new rules that would tighten up the payment of non-resident withholding tax. Submissions have been called for, and these have to be with IRD by June 16.

The paper's in dense, technical, language and gives no hint of how much money the IRD thinks it might be able to raise by the changes.

The paper does make the point that IRD believes that the non-resident withholding tax has been largely regarded as "a voluntary tax" for "those with sufficient resources to avoid it".

"Transactions to avoid the imposition of NRWT are not economically efficient," IRD officials say.

"They would not make good business sense in the absence of tax as a factor. Their tax consequences are often uncertain because of the general anti-avoidance provision. Removing the tax incentive to structure into these transactions will level the playing field for other businesses who are unwilling or unable to undertake such transactions. Such transactions also risk bringing the tax system into disrepute."

The officials say that due to the" large number of potential ways to avoid NRWT" it is not considered efficient or effective to introduce specific rules to deal with each specific type of transaction.

"This is because each transaction would require detailed provisions and in many cases the introduction of these provisions would create the incentive for these transactions to be subtly modified so they did not fall within the new provisions."

Instead, the issues paper sets out suggestions intended to cover a wide range of transactions which currently avoid, or significantly defer, the imposition of NRWT.

"The suggested changes in this issues paper are aimed at helping ensure a more appropriate amount of tax is paid by non-residents on their New Zealand-sourced income, thus better aligning taxation with real economic activity and reducing current asymmetries," the officials say.

Kirk Hope, CEO of bank lobby group the New Zealand Bankers' Association, said the banking industry will study the proposals in the IRD discussion paper closely, and make a full submission on the recommended changes.

“New Zealand banks take their tax obligations very seriously and the industry supports tax reform that  makes sense in the New Zealand economic and business environment, and gets the balance right between workable regulation and economic growth," Hope said.

Minister of Revenue, Todd McClay today "welcomed" the release of  the paper.

“Non-resident withholding tax has not been significantly reformed since it was introduced in 1964. It was originally designed when financial transactions were much less complex than today.”

Mr McClay  said that without changes to the rules, there was "an incentive and ability for non-residents to shift profits out of New Zealand with no or minimal New Zealand tax paid".

“This matter is a domestic law issue and is consistent with the aims of the OECD’s action plan to tackle base erosion and profit shifting. Acting to remedy this deficiency in our tax laws is part of New Zealand’s response to the issue of multinational tax avoidance.”

The Government had already taken steps to tighten the 'thin capitalisation' rules to stop foreign firms from artificially loading debt onto their New Zealand operations in order to minimise their New Zealand tax. New Zealand had also signed and ratified the OECD multilateral tax assistance convention which, together with a growing network of bilateral tax treaties, allowed information sharing with other countries to limit tax avoidance opportunities.

Can only suspect that this refers to multi-national corporates using thin capitalisation by loading the local operation with heavy debt, and charging high interest rates.

This is a move in the direction I have been predicting for some time. In a world where incomes are drying up the hunt for unearned income, such as tax, will heat up. If you are not a target yet, you will be. If you own assets that can be taxed, expect them to be. This is because the traditional sources from income will dry up, so they will look wider to find new sources. Perhaps a decade long process, but the problem compounds and compresses the time frame to each new expansion.