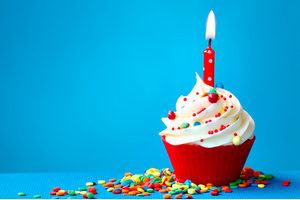 Peer-to-peer (P2P) lender Harmoney is "absolutely confident" its fees shouldn't be covered by the fee provisions of the Credit Contracts and Consumer Finance Act (CCCFA) as the Commerce Commission considers whether they should be.

"We're absolutely confident of our position regarding fees (and) no one is suggesting we've not done the right thing," Harmoney founder and CEO Neil Roberts said at a media briefing celebrating the first anniversary of Harmoney's official launch.

In what will be a precedent setting decision for the fledgling P2P industry, the Commerce Commission confirmed in early August it's looking at whether P2P lenders fees are covered by the fees provisions of the CCCFA. Harmoney is the only P2P lender to launch in New Zealand although two others, LendMe and Squirrel Money, have also received licences from the Financial Markets Authority.

Dialogue with the Commerce Commission has been ongoing since February with Harmoney's management having "firm" legal advice that its fees aren't caught by the CCCFA because it's an intermediary, facilitating borrowing and lending between other parties, rather than undertaking the lending itself.

Harmoney's key fee is the up-front, one-off platform fee where borrowers are charged between 2% and 6% of their loan amount depending on their credit risk grade. The minimum fee is set at $300 and is rounded up or down to the nearest $25 and added to the loan amount. Harmoney investors are charged a 1.25% service fee on the principal and interest payments collected.

The CCCFA only applies where a lender charges a fee, which has to be a reasonable fee. Technically Harmoney's trustee, which holds investors' money, charges the fee. Harmoney reported $1.88 million of revenue for the 11 months to March with $1.85 million of this stemming from platform fees.

John Bolton, managing director of Squirrel Money which is preparing to launch, says he's assuming his firm's fees will be captured by the CCCFA. Squirrel Money will have flat fees for borrowers of $250 on unsecured loans and $500 on secured loans. All Harmoney's loans are unsecured.

The banks & the pea

For someone in an industry that set out to disrupt banks, Roberts is sounding quite conciliatory. He compared the situation to that of the princess in Hans Christian Andersen's Princess and the Pea when asked by interest.co.nz if Harmoney has disrupted New Zealand banks so far.

"I think she can just about feel it (the pea)," Roberts said.

"We're certainly on their radar. But financially, economically, scale wise, we wouldn't have made an impact just yet."

"Are banks going to have their fingers in every pie from here on in? I don't think so. And the Australasian banks are aware of it, they're seeking other models. And I think there's a good opportunity in the future to partner with them in various ways. We are a very good way of distributing capital very cost effectively, (and) in fact one of the things that might have to come home to the banks is perhaps more cost effectively than their traditional own channels," said Roberts.

Harmoney currently has Heartland Bank as an 11% shareholder.

Meanwhile, Harmoney disclosed it received a credit licence from the Australian Securities and Investments Commission last month and aims to launch in Australia in the fourth quarter of this year. The licence allows Harmoney to facilitate personal lending, although this can't be funded by retail investors.

Amongst a range of statistics and information released by Harmoney yesterday, the company said it has now matched borrowers with investors for loans totalling about $106 million. That means Harmoney, which officially launched a year ago today, reached its target of facilitating $100 million of lending within its first year.

Roberts also said Harmoney had its first $1 million lending day on Tuesday this week, and continues to reject about 80% of loan applications having received $1 billion worth of lending enquiry and 70,000 loan applications.

"With the exception of China, this level of (P2P) growth is unheard of, and reflects the hard work and experience of the team," Roberts said.

Harmoney's loan default rate across the first year has run at about 50 basis points, with 51% of loans taken out to consolidate debt, and the next biggest sector home improvement loans at 14%.

Institutional funding, from Heartland, New York's Blue Elephant Capital Management, Marshall Wace LLP, and the UK's Peer to Peer Global Investments Plc, has funded 80% of loans with the other 20% from retail investors. However, Roberts said retail investor funding is growing, with retail punters funding almost 50% of loans last month. Harmoney has about 10,000 registered investors of whom about 3,000 are active. The typical retail investor is a 38 year-old male from the Auckland region with $6,000 invested. Investors have earned total interest income of $6 million to date.

Wanted; Wholesale or institutional funder for a secondary market

Asked about the potential to launch a secondary market, Roberts said a completely open one would require a "whole lot" of scale, which Harmoney doesn't have yet, unlike US P2P lender Lending Club.

"We believe there's a great opportunity as an interim step for a wholesale or institutional funder to come in and offer that liquidity opportunity for our retail investors," Roberts said.

Chairman Rob Campbell said Harmoney doesn't yet have the scale to be  profitable, although this wasn't "a million miles away." Harmoney posted a loss of $6.3 million for the 11 months to March this year with $15 million having been invested in Harmoney's platform.

Harmoney's tracking towards facilitating more than $200 million of lending over the next 12 months, with one new area the company's likely to target being the SME market.

*There's more detail in Harmoney's press release, a timeline the company issued, and some questions and answers.

Well, that cannot evolve to sustainable mainstream banking because the last recorded nominal annual increase in GDPE was ~4.00%. What legal economic activity generates after cost returns in the region of 20% without economies of scale?

Who would use this to borrow at rates of 18%?? Surely you'd top up your mortgage at 4.35% before considering this? Even low rate credit cards offer lower rates. Am I missing something?

No - because unsecured lending demands that rate of return according to the head of the New Zealand Bankers Association. Read more

And I cannot discern a legal difference between the unsecured nature of term deposit bank funding and banks lending those same funds to credit card holders.

That's my take on it; that Harmoney is probably much safer than it looks and term deposits are much more dangerous than they look. It does assume the credit controllers at harmoney know their stuff.

I have a low interest rate CC at around 11%.. no security on that. I'd be maxing that out before I considered borrowing at these rediculour rates.

If the only sure way to not get $ back is if the borrower declares bankrupcy then I suggest 18% serverely misprices the relative risk of this sort of lending, even if it is unsecured.

Many P2P borrowers do borrow at 11 pc. I have a portfolio of P2P loans and the average interest rate across the portfolio is closer to 11 pc, not 18 pc.

One aspect that will appeal to some borrowers is that Harmoney allows them to pay their loan off early without facing any penalties.

That might not appeal to the lenders - I always remember US agency mortgage bonds falling in price when yields fell due to prepayment risk - negative convexity.

Alas Stephen, it is a borrower's world...

Not for me. I am debt free. But there are many profitable means to lend long at someone else's expense.

"The average borrower has an unblemished credit history, is 45-49 years old, an office worker who is married with a mortgage and borrowing about $16,000 at about 17%."

It has to be said! If the above is true, then the bank providing the mortgage would most likely already have turned down any request for extending it. Just why should anyone be able to borrow elsewhere at such punitive rates? It surely is well known by ANY ethical lenders that this road only leads to one conclusion...

Indeed, that's why Harmoney fund it with other people's money

Anyone able to service an auckland mortgage and refused more loan drawdowns by their bank would still be able to get a 12 month interest free credit card balance transfer from another bank and fund this level of money easily this way, moving onto another bank transfer in 12 months time...

Interesting - how can they possibly avoid the CCCFA.
If they do on the basis they are not lending - then I suspect every finance company in the country will set up a separate company to manage the loans - pass on the costs (including a healthy profit) to the finance arm and avoid the CCCFA
You are not supposed to make profit from managing a loan - profit is to come from the interest rate so we have a competitive market and consumers can compare.
Watch this space - if they avoid the CCCFA then all finance companies will set up with a separate management company - simple