Yu Yongding proposes an alternative to the PBoC's costly strategy of propping up their exchange rate
28th Jan 16, 9:47am
by Guest 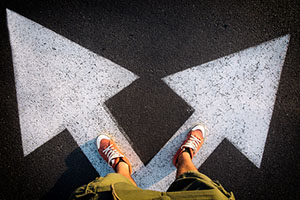 The People’s Bank of China (PBoC) faces a dilemma.

After nearly a decade of trying to curb expectations of continued currency appreciation (spurred by China’s current- and capital-account surpluses), it finally succeeded in the first quarter of 2014, when its forceful market intervention drove down the renminbi’s exchange rate to discourage carry trades.

Now, however, the PBoC is facing an even more difficult challenge, as seemingly irreversible depreciation expectations undermine economic stability at a moment when China can least afford additional uncertainty.

Because the 2014 intervention coincided with the weakening of China’s economic fundamentals, it ultimately amounted to pushing on an opening door. Instead of providing credible resistance to upward pressure on the exchange rate, as intended, it triggered an outright reversal, with depreciation expectations beginning to creep into foreign-exchange markets.

Thus, in the second quarter of 2014, China recorded a capital-account deficit for the first time in decades. And by the first quarter of 2015, that deficit more than offset the current-account surplus, meaning that China registered its first international balance-of-payments deficit in recent memory.

Nonetheless, given the size of China’s foreign-exchange reserves, markets remained confident that the PBOC could fix the renminbi exchange rate at whatever level it wanted, regardless of China’s external balance-of-payments position. As a result, depreciation expectations were not strong.

Then, last August, the PBoC lowered the renminbi central parity rate by 1.9%, perhaps in response to an International Monetary Fund report encouraging China to align the parity rate more closely with the market rate. The move roiled markets and intensified depreciation expectations. The PBoC quickly intervened to avert a panic by halting the depreciation, but it was too late: expectations of further renminbi weakening became firmly established in the market.

As these expectations drive an increasing amount of capital out of China, thereby intensifying depreciation pressure, the PBoC continues to intervene in the foreign-exchange market, often in unpredictable ways (in order to discourage speculation). As a result, the PBOC has de facto adopted a crawling-peg exchange-rate regime.

Recognizing the challenge at hand, the PBoC has been allowing the renminbi to fall, slowly but surely, since November. But while this “stealth devaluation” worked for a while, market participants decided at the beginning of this year to dump their renminbi again.

The PBoC now has three options: it can stop all interventions and let the renminbi float; link it to a basket of currencies; or peg it tightly to the US dollar, as it did during the Asian financial crisis of 1997. So far, however, the PBOC has offered no indication of its plans, beyond the continuation of its current renminbi-sustaining policy.

In my opinion, the PBoC should reinforce the Chinese government’s market-oriented reform plans and allow the renminbi to float. China is still running a large current-account surplus and a long-term capital-account surplus, and it has not fully liberalized its capital account; so the chances are good that the renminbi would not fall too far or for too long.

Moreover, even if the renminbi did experience a double-digit depreciation, China would not be thrust into financial crisis. After all, the country’s stock of corporate external debt is not too large; the currency mismatch within Chinese banks is small; and inflation is just above 1%. To bolster such financial buffers, China must enforce existing capital controls much more strictly.

Nonetheless, there remains the possibility of a market panic, with all of the uncertainty that such an episode implies. Given this, the PBoC could engineer a transition during which the renminbi is pegged to a basket of currencies, with an adjustable central parity rate and a wide fluctuation band of 7.5% or even 15%. It could choose not to announce the (very wide) fluctuation band, so that investors, judging that the renminbi had fallen far enough, might begin to purchase the currency before it actually reached the floor, thereby stabilizing the exchange rate before the PBoC was forced to spend more foreign-exchange reserves.

This year will be another difficult one for China. But the situation is far from dire. With the right policy mix, China should be able to stabilize its currency and foreign-reserve position, and return to a sustainable growth path.

Yu Yongding, a former president of the China Society of World Economics and director of the Institute of World Economics and Politics at the Chinese Academy of Social Sciences, served on the Monetary Policy Committee of the People’s Bank of China from 2004 to 2006. Copyright: Project Syndicate, 2015, published here with permission.

Yet nothing in this economic world, or the next, can grow at 60X in only 20 years and live to tell about it. Most especially, not in a system built on a tissue of top-down edicts, illusions, lies and impossibilities, and which sports not even a semblance of financial discipline, political accountability or free public speech.