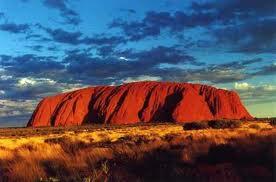 *This article was published in our email for paying subscribers. See here for more details and how to subscribe.

Just in case you though all had gone Quiet about Panama Capers...

United Nations......seems Helen may have a job cleaning up the Laundromats if she is elected.......
Would be about time...we were all United in fixing problems, of this magnitude.

Not much mention of Panama in our NZ local papers....though 60,000 NZ references in the Panama Leaks.

But this guy has his suspicions....things may pop back into focus.

I take from that no journalists in New Zealand are prepared to touch the data.
Time will tell.

No NZ journalists have access to the so-called Panama Papers at this stage. There has, however, been another story in the AFR about NZ stemming from their access to the Mossack Fonseca information. (Available to those who subscribe to the AFR). Here's what Labour has said about it;

New revelations about just how easy New Zealand’s ‘very weak’ laws make tax evasion put the lie to John Key’s repeated claims that we are not a tax haven, Leader of the Opposition Andrew Little says.

“John Key has been claiming all week that New Zealand’s tax laws are robust and that we are not being used as a tax haven, but new revelations from the Panama Papers show he has got it dead wrong.

“According to new information in the Australian Financial Review today, senior figures in the Maltese government were easily able to hide money in New Zealand trust accounts in order to dodge their tax obligations.

“Excerpts from the leaked documents show just how easy New Zealand’s law makes the process – with staff at Mossack Fonseca, the company at the centre of the scandal, being told that ‘NZ has very weak laws in regard to due diligence; they only require utility bill and passport.’

“The leaked papers also see advice that ‘The New Zealand definition of 'beneficial owner' is different to that of many other jurisdictions’ making it easier to hide who benefits from the trusts.

“The papers also see discussion and haggling over ‘combo packs’ – a combination of trusts and shell companies in New Zealand which can be used to dodge tax.

“This is clear evidence that wealthy elites around the world are seeing New Zealand as a tax haven where they can dodge their obligations. That’s wrong, that’s not who we are and the government needs to step up and do something about it.

“Kiwis are famous for our sense of fair play. We believe everyone should pay their share. We don’t want to get the kind of reputation that countries like the Cayman Islands have. It’s time our government admits there is a problem and resolves to do better,” Andrew Little says.

Thanks for the reply Gareth,
What does..."NZ stemming from their access to the Mossack Fonseca information for those who subscribe to the AFR. " Mean?

Not looking good for ANZ

National governments are going to use the banks as their scapegoats as they did for the GFC. Expect big fines for the likes of ANZ/HSBC etc for poor anti money laundering governance. HSBC has already been hit for $1.8bn in US.