Super Fund stands by its call to channel nearly 6% of its investments through 'tax neutral' countries; Green Party questions its ethics

Super Fund stands by its call to channel nearly 6% of its investments through 'tax neutral' countries; Green Party questions its ethics 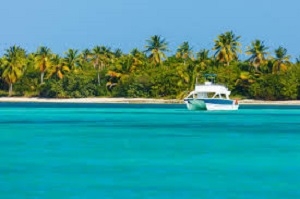 The New Zealand Superannuation Fund says the publicity the Panama Papers have sparked around tax avoidance, isn’t stopping it from investing in funds based in countries where it has to pay little or no tax.

A small portion of the Fund is invested through private equity (PE) funds and collective investment vehicles (CIVs), which pool capital raised from different investors in single investment holding entities. Often these are established in countries where you have to pay little or no tax.

Just under $1.7 billion or 5.7% of the Super Fund is currently invested in these PE funds and CIVs. These are mostly in the Cayman Islands, but also the British Virgin Islands, Isle of Man and Mauritius.

At $360 million, the Fund's investment in a DE Shaw & Co and Heliant fund in the Caymans, is its most valuable. It also has a significant investment, worth $289 million, in a Bridgewater Associates fund out of the British Virgin Islands and a $266 million investment with Apollo Management and Financial Credit Investment out of the Caymans, for example.

Head of tax for the Guardians – the autonomous Crown entity that manages the Super Fund – John Payne, explains the Super Fund doesn’t invest in “tax havens”, but rather “tax-neutral” jurisdictions.

It relies on an OECD criteria, which essentially distinguishes between tax havens, where companies don’t have to provide governments with information when requested, and tax-neutral countries, which have disclosure agreements with overseas governments.

Payne explains the Fund already pays tax in New Zealand, so channelling some of its investments through vehicles based in tax neutral counties simply means it avoids paying tax twice.

"The Fund pays tax at source (e.g. United States) on the underlying investments within the CIV. The CIV then provides a tax-neutral jurisdiction that ensures its collective income does not then pay an additional layer of foreign tax in relation to the same income. New Zealand income tax is then paid by the Fund on income from the investments," he says.

"Unlike most sovereign wealth funds, the Fund pays income tax in its home country, New Zealand. The Fund has paid $4.5 billion in New Zealand tax since inception, making it the country’s largest taxpayer over the last several years."

Payne says CIVs enable the Fund to invest alongside other institutions efficiently. They increase economies of scale by allowing investors to pool their capital and reduce investment risk through portfolio diversification.

“If you look around the globe, almost all institutional investors go through these sorts of vehicles. And sometimes they’re the only way to invest with a certain manager in a particular mandate or activity,” he says.

“Certainly the OECD is on record saying it’s comfortable with these jurisdictions, provided there’s full disclosure of information if requested. We wouldn’t invest in any of these vehicles or managers unless they were fully transparent and gave us the necessary assurances they were complying with the law.”

Payne says investing through CIVs in tax neutral countries like the Caymans is common and widely considered best-practice portfolio management. He points out around two thirds of the world’s reinsurance goes through Bermuda.

“They’re just the places where these things happen," he says.

"Our activities are consistent with the Fund’s mandate to maximise returns without undue risk, to invest in a manner consistent with best practice portfolio management, and to avoid prejudice to New Zealand’s reputation as a responsible member of the world community."

He assures: "The Fund does not invest in schemes or arrangements that use secrecy laws to conceal assets and income that are subject to tax, or which create false tax deductions."

Payne refers to a paper written by the Australian equivalent of the Super Fund, the Future Fund, which adds: “CIVs tend to be established in low or nil tax jurisdictions whose legal systems are derived from English or continental European law since it is familiar, particularly to North American and European investors. The legal and regulatory systems are also usually efficient and low cost. This helps minimise transaction documentation costs.”

Asked why the Fund doesn’t invest more through CIVs in these jurisdictions, if they’re so attractive, Payne says: “There are costs of going through these vehicles and it depends on how we’ve decided to invest the Fund."

“Just because it is legal, does it mean it is ethical? And should we be encouraging, essentially the use of tax havens, if we think it’s short-changing that country’s tax base?” he says.

“We’ve seen outrage here, caused by large multi-nationals which are using transfer pricing to avoid paying tax in New Zealand. This really irritates people who are paying their full share of tax and are effectively subsidising the operations of multinational companies in New Zealand, which benefit from the social and public infrastructure that taxes pay for.

Shaw recognises the Super Fund is there to make money, but says this shouldn’t come at any cost.

The Green Party raised this issue in Parliament in 2013, when Finance Minister Bill English revealed $1.6 billion, or 7% of the Fund, was invested through vehicles in the likes of the Cayman Islands, Isle of Man, British Virgin Islands, and Mauritius.

Payne says there have been a few changes to the Fund’s investments in these funds since 2013, but 80% or 90% of them have remained the same.

One of the three investments the Super Fund earlier this week announced it had sold, Hellman & Friedman VII, is based in the Caymans.

Payne says the Fund hasn’t reconsidered its position on investing in CIVs in tax neutral countries since the Green Party raised the issue in 2013, and the Panama Papers were leaked a few weeks ago.

He says the Fund places a lot of emphasis on making socially responsible investments, so doesn’t invest in the likes of tobacco or ammunition companies.

“It’s a matter of monitoring particular investments and managers and their disclosure of these issues and anything that we’re concerned about.”

He says the Fund will consider any recommendations made in the inquiry the Government has commissioned former PwC chairman John Shewan to conduct of New Zealand’s overseas trust disclosure rules by June 30.