USB stick inventor tells Kiwi mums to encourage their kids to be entrepreneurs and build start-ups, rather than becoming lawyers and accountants; suggests following Israel's example on tech investing subsidies 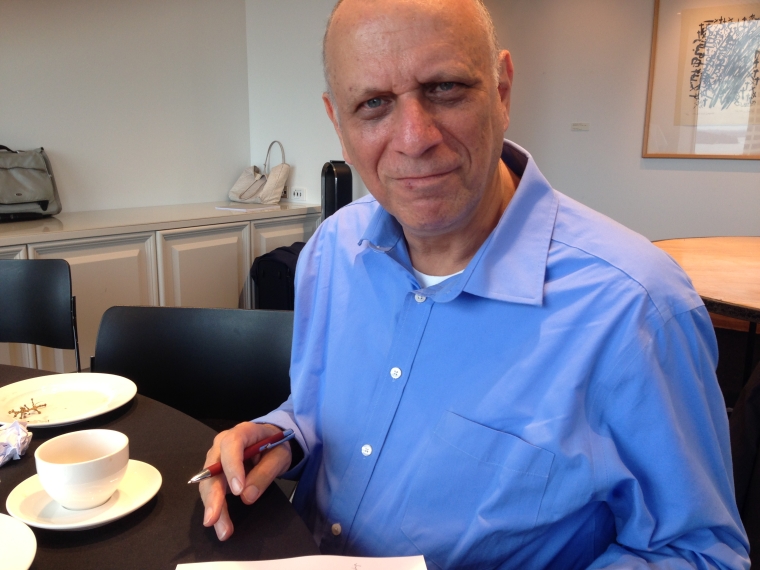 Dov Moran, the man who invented the USB stick, says Kiwi mums can play a key role in boosting this country’s economy.

“They have to stop telling their kids to be lawyers and accountants and encourage them to be entrepreneurs. That’s what has happened in Israel and it is fundamentally changing things. Mothers now say to their kids: 'go do a start-up'," Moran says.

This change in mindset has helped Israel become the second most innovative nation in the world according to the latest World Economic Forum’s Global Competitiveness report.

Switzerland is number one and New Zealand is back in 23rd. The report comes after a record breaking last quarter for Israeli start-ups. 187 start ups raised a record US$1.7 billion, according to accounting firm KMPG in this report (page 3).

Moran’s Tel Aviv-based company, Grove Ventures, is behind some of these fledgling enterprises and he wants New Zealanders and Australians to start investing in them.

“Believe it or not most of the venture capital for Israeli start-ups comes from outside. The laws prevent our own pension funds from investing in higher risk businesses," he says.

Israel has 70 companies listed on the NASDAQ (the traditional market for high tech companies) in the United States, but according to Moran investors can make a lot more money if they get into Israeli start-ups before they go public.

“We are the investors' eyes and ears in Israel. Importantly, we also put our own know how and knowledge into the start-ups we invest in so they have a better chance. Most start-ups fail. Up to 10 percent do ok and about 4 percent do really well."

Moran cites some of Israel’s success stories like Mobileye, which has pioneered technology for driverless cars and is now a US$10 billion company.

A more recent star is the social games company Playtika which has just been bought by a Chinese consortium for US$4.4 billion.

Moran sold his own company M-Systems, which developed the USB stick, for US$1.6 billion nearly 10 years ago.

'Having a back-up in his pocket'

He hit upon the idea after his computer died when he was about to speak at a conference. He was offered another computer but had no way of quickly transferring his presentation on to it. He decided then to never show up at another conference without a backup presentation in his pocket.

“Once I had the idea the rest was easy," says Moran.

The former tank driver in the Israeli army was also the brains behind a company developing the world’s smallest mobile phone. He sold this to Google, but the product hasn’t appeared yet and he is not sure if it ever will.

Moran believes New Zealand has plenty of good ideas, but there isn’t enough money going into start-ups here. He says Israel would not have become known as “Start Up Nation” if its Government hadn’t made a bold move in 1993.

“It put a safety net around investors putting money into venture capital funds. It guaranteed that people would get 80 percent of their money back. The most you could lose was 20 percent of your investment. In the end they didn’t have to spend a cent, but the high tech sector benefited hugely, New Zealand should look at doing something similar," he says.

It is hard to see National Government here following suit, but there are moves underway that could make a difference.

New Zealand and Israel are about to sign an Innovation agreement and both countries are allocating some funding to leverage this.

Spark CEO Simon Moutter is leading a move to have New Zealand’s biggest companies commit hundreds of millions dollars to a start-up fund. It’s understood that a group of corporates have already signed up.

Moutter took a trade delegation to Israel earlier this year and this has led to a number of partnerships and licensing agreements between Israeli and New Zealand companies.

Another trade mission will go to mid next year to look at Israel’s world leading cyber industry. Moran says this will all help New Zealand’s push to become a more innovative nation but he also suggests we could benefit by looking closely at the latest areas of hi-tech disruption.

“Autonomous cars are going to change a lot of economic factors in our towns and cities. We won’t need as many cars, or insurance companies or downtown parking buildings. Traffic flows will become much better as computers control individual vehicles," Moutter says.

Moran also predicts that it won’t be long before we see major advances in health care.

“Everyone is soon going to be wearing sensors to monitor their heath and this will be revolutionary. DNA and data analysis will enable more specific cures. We will see a lot more use of robots in hospitals too and I think this will make surgery much safer."

He believes New Zealand can benefit hugely by being an early adopter of these technologies, but only if we strengthen the hands of our budding entrepreneurs first.

Investors need to be encouraged to invest in start ups and away from real estate if the country wants to improve its gdp per capita. Tax incentives are an excellent way

UK has the eis scheme where you can deduct 30% of initial investment off your tax bill and another 30% if the firm goes bust.

UK also has a simplified refit system for State sponsored houses. Turning little boxes into today's fashion statements.
If only we could all get the same deal, we would be quids in...too.
New Zealand does not think big enough.
We need lots more bedrooms to house all our relatives under one roof. It is grand plans we need not little boxes.
That way will lead us forwards to prosperity.
That way could give us a lead out from poverty...and lead by example.
We should pick the biggest and best ideas from the UK.
Not think small, like I always imagined our purses could manage.
If we followed their Pension scheming, it would also magnify us, in the World order.
New Zealand can argue all it likes, best work is top down, not ass backwards.
We should never have tried to get a new flag, we should have waved that and spent up large rebuild all our State Houses the way some have become accustomed too.
We are a minnow in the entitlement stakes.
We should be the premier ones, not the small losers.
I would then aspire to a state house, not my lowly ticky-tacky over rated one.

Ironic really, we are really small fry, in the big scheme of things.
Rule Britannia.!

Well said Joe and Alter,
Would happily steer hard earned funds in to NZ startups with similar schemes like Israel and UK. NZ has good people thinking outside the box as much as anywhere else ..
Thanks Dov Moran for opening our eyes to this

There needs to be regulation to make real estate investment less attractive, it's as simple as that. You can't blame people for investing in real estate now since it's a great investment choice.

However, add in a heap of increased regulation, taxes, foreign investment controls and flooding the market with demand? Then maybe investment funds would naturally flow towards more productive things like technology and innovation.

Start with immigration.
An inward flow of people bringing in funds looking for a safe haven is no good.
Especially when after a while they bring every second cousin and thier grandmother as well.
That is non productive.

Most of NZ's investment strategy is to buy a dog box apartment that leaks like a sieve.
Then grizzle about it. The lure of easy money.

do we need any more ideas from the UK? and Israel has an unattainable education advantage( over 30% with tertiary qualifications)and having compulsory military training in a real army instead of a well-armed pension fund would certainly sharpen your focus.

If you actually took the time to read my comments, in conjunction with the links I gave, I was actually being facetious, when comparing UK and NZ STATE, repeat..STATE housing.

We can never, never beat the top end of their market. We are not stately enough.

Though some try, to lord it over others, I think we have reached the crown limit of all housing bubbles, never mind just the noble efforts of our Banking fraternity , here, being the noble leaders of all they survey.

It is why a billionaire lady can beg for mercy, when the plumbing, needs fixing.

A pile of crap, with a fancy facade, but owned by someone with one of the longest reigns of capital endowment, we have ever, ever...seen from afar...on the other side of the Globe.

But we also pay for our 'very expensive Dear Leaders ' abode...on top...here, a crap state of affairs, if ever I saw one.

I thought one of the advantages for us is that we don't have to pay for the monarchy, just a salary and residence for the Governor General. I'm sure El Presidente Key or President Auntie Clarke would absolutely require something much, more prestigious, perish the very scary thought. Just look at the Supreme Court building for an idea of how much money it would be necessary to waste.