Minxin Pei shows that while China may be relieved at the waning challenge from the West's concepts of a liberal democracy, they fear the new trade and globalisation challenges, and are very anxious about the security risks

Business
Minxin Pei shows that while China may be relieved at the waning challenge from the West's concepts of a liberal democracy, they fear the new trade and globalisation challenges, and are very anxious about the security risks
10th Feb 17, 9:32am by Guest 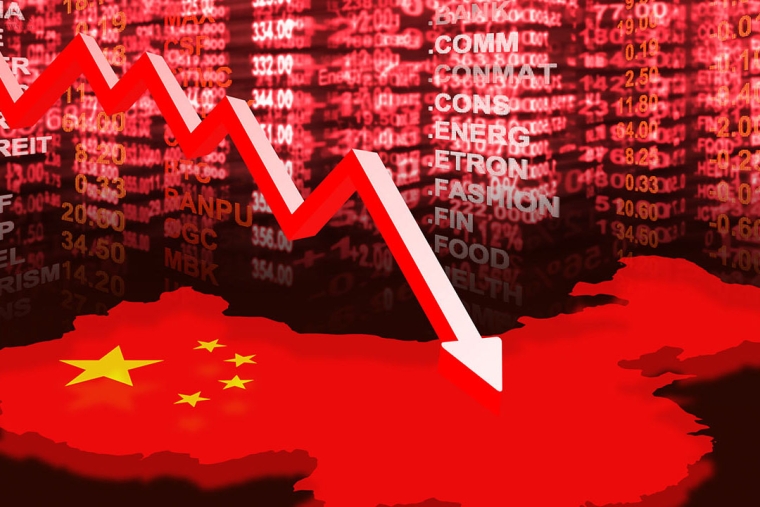 The Cold War ended in December 1991, when the Soviet Union disintegrated. The post-Cold War era ended in November 2016, when Donald Trump won the United States presidency.

It is impossible to predict all of what the Trump era will bring, not least because of Trump’s own capriciousness. But some consequences are already apparent. In just a couple of weeks, Trump’s presidency has upended the key assumptions underpinning China’s post-Cold War grand strategy.

The first assumption is ideological. The ostensible triumph of Western liberal democracy in 1989 imbued that system with a kind of dominance. It was therefore assumed to pose an existential threat to the Chinese Communist Party (CCP).

In the economic realm, China expected continued Western leadership on economic globalization. So China’s government developed close commercial relationships with the West – relationships that supported China’s economic growth and development, strengthening support for the CCP at home and bolstering the country’s influence abroad.

Regarding national security, China assumed that the US did not pose an imminent threat. Though the US and its allies enjoy overwhelming technological advantages – a reality that had long worried Chinese leaders – China took it almost as a given that the US would continue to place a high priority on conflict avoidance.

All in all, China’s leaders had come to terms with the dual nature of America’s hedging strategy, whereby the US engaged with China economically and diplomatically, while maintaining a robust security posture vis-à-vis China, to deter expansionism. And they had developed a strategy of their own that aimed to make the most of this relatively peaceful operating environment to pursue their main objective: rapid economic development.

Now, however, that operating environment has changed; in fact, the foundations of the post-Cold War order were fraying long before Trump arrived on the scene. Among other things, the 2008 global financial crisis and America’s strategic stumbles in the Middle East since the terrorist attacks of September 11, 2001, substantially weakened the West’s capacity to maintain the international rules-based order and provide global public goods.

None of this is news to China, which has been pursuing incremental adjustments to its grand strategy, in order to seize the opportunities created by the West’s relative decline. For example, while the US was distracted by the Middle East’s protracted and fluid conflicts, China tested the country’s resolve by flexing its own muscles, most obviously in the South China Sea.

But, overall, the changes were marginal; the strategy’s fundamentals stayed the same. That is no longer an option. With Trump in the White House, China’s grand strategy will have to be completely redrafted according to a new set of assumptions.

Ideologically, China can breathe a sigh of relief. The advent of the Trump era – together with the Brexit vote in the United Kingdom and the rise of right-wing populism in other European countries – seems to herald the precipitous decline of liberal democracy’s ideological attraction.

On the economic front, however, the new operating environment is likely to be difficult. De-globalization now seems to be a given. That is profoundly worrying for China, the world’s largest exporter by volume and arguably globalization’s greatest beneficiary.

Given China’s dependence on exports, even the best-case scenario is likely to lead to some decline in China’s potential growth. But what has China really worried are the worst-case scenarios. Economic interdependence between China and the US buffers their geopolitical and ideological rivalry. Should Trump make good on his threat to tear up trade agreements and unilaterally impose punitive tariffs, the existing global trading regime will unravel, with China as one of the biggest casualties.

But the most acute danger may lie in the realm of national security. Trump’s statements and actions since the election, together with his broader reputation as an impulsive bully and apparent belief that the world is a Hobbesian jungle, have convinced the Chinese leadership that he is itching for a fight.

Trump has not only threatened to defy the “One China” policy, which has formed the foundation of US-China relations since 1972; he has also vowed to build up US naval capabilities with the explicit goal of opposing China. Trump’s courting of Russian President Vladimir Putin has only exacerbated concerns among Chinese leaders that the US is preparing to challenge China.

These new assumptions provide some indication of the way forward for China, as it develops a new grand strategy. And yet plenty of unknowns remain. If, for example, Trump decides to take on Iran and subsequently gets sucked even deeper into the Middle East quagmire, China might get some breathing room. But if Trump opts to confront China in the South China Sea or abandons the One China policy, US-China relations could be tipped into free fall, raising the frightening prospect of a direct military conflict.

Barring that, Trump’s ascent to the presidency may usher in a new Cold War pitting the US against China. This may seem unthinkable to many. But so was Trump’s victory – until it happened.

Can the Chinese people dare to hope for freedom from a near totalitarian government and live in a free society while also strong economically? China has, until recently, depended on other countries being willing to work with it on shared developments.

Less Censorship and a greater freedom of expression including greater Civil liberties, would be goals that would help China's security, rather than flexing its military muscles.

China seems to be quite ok with North Koreas antics, to keep South Korea at bay and the associated western influence on its borders.

A near totalitarian state without freedom of expression can never really be healthy economically.
Economic wealth is more than money in a vault - its a set of values that upholds human worth and dignity.