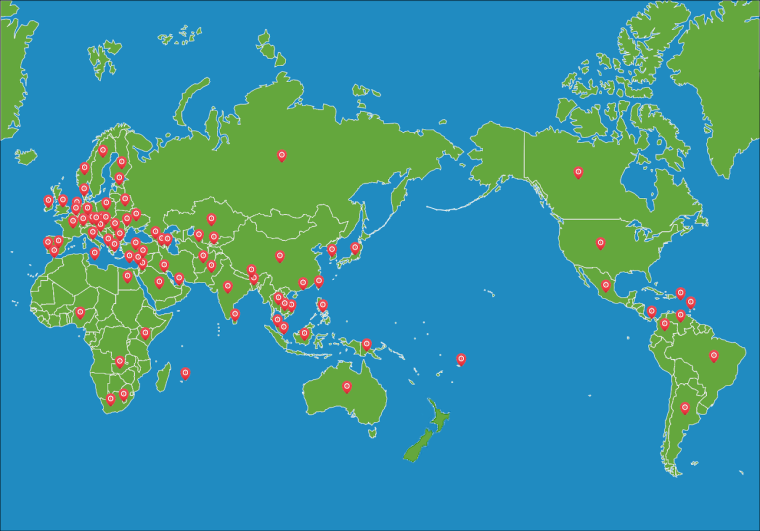 Thanks to the Panama Papers you’ll have heard plenty about the embarrassment New Zealand foreign trusts have caused this country. But you probably won’t have heard much about problems with our Financial Service Providers Register (FSPR).

The first, 83, is the number of countries and territories from which the Financial Markets Authority (FMA) has received enquiries about New Zealand financial service providers.

The second, 340, is the number of misconduct reports the FMA has received from overseas about companies registered on NZ's FSPR.

The FSPR is a bit like a Yellow Pages for the financial services sector. Anyone providing a financial service such as insurers, banks, fund managers and financial advisers, must be registered on the FSPR, which is operated by the Ministry of Business, Innovation & Employment's Companies Office. The FSPR records the name, address and financial dispute resolution service membership of the provider, along with the services it's registered to provide and any licences it may have.

Trouble is the FSPR is open to exploitation by overseas based rogues and crooks. That’s because a company can register on the FSPR if it has a place of business in NZ, regardless of where in the world its financial services are targeted or provided. This means entities can, and do, set up superficial operations in NZ through virtual offices, or by leasing an office and perhaps employing a person to provide back-office services.

These firms register to provide financial services that don't require licensing in NZ, such as foreign exchange, or forex, services. There's no pre-vetting by a NZ regulator, and they don't offer financial services within NZ. These entities can, however, use their NZ registration overseas to give a false impression that they are regulated in NZ and trade off this country's good name.

There could be more

The FMA was formed in 2011 and regulates NZ's capital markets and the financial services sector. It does not, however, regulate companies simply because they are registered on the FSPR.

The numbers 83 and 340 come from answers to questions interest.co.nz asked the FMA.

In terms of the 83 countries and territories where enquiries have come from, the FMA says there could be more.

"Contact details are not always provided and we do not require them. Where we could identify the location of a source, we have done, hence the list of countries below may be incomplete," an FMA spokesman said.

"Between 2011 and the end of 2016, we received an estimated 360 general enquiries and 340 misconduct reports from overseas about a subject registered on the FSPR."

In response to a question asking how many of the enquiries related to unlawful activity by a NZ financial service provider, the FMA spokesman said the regulator does not know.

"It is not possible for us to say whether activity was lawful or unlawful. We do not regulate companies on the FSPR. Since 2014, the FMA has had the power to direct the [Companies] Registrar [Mandy McDonald until recently and now Ross van der Schyff] to deregister companies and has done so where they fail to provide a financial service to New Zealanders, or where we feel their only objective is to give the impression that they are regulated in New Zealand."

Here's the list of countries and territories provided by the FMA of where enquiries have come from.

And in the map below the dots represent where the 83 countries and territories are located. 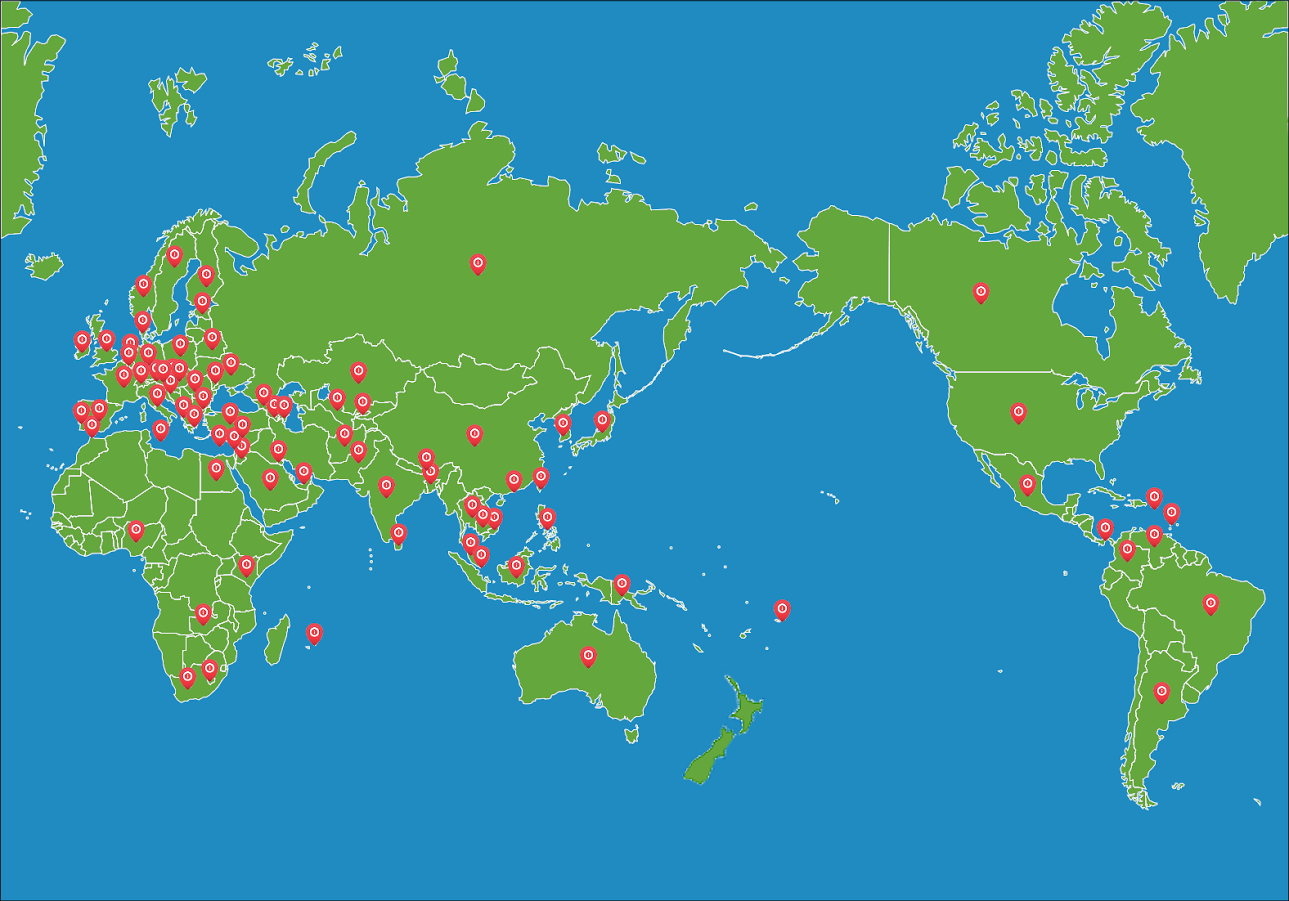 How did it come to this?

The FSPR came out of a 2006 government review of financial products and providers that recommended the introduction of a comprehensive register of financial service providers. Among other things, this was designed to help satisfy NZ’s international obligations under the recommendations of global anti-money laundering overseer the Financial Action Task Force (FATF). These required the licencing or registration of all financial institutions to ensure effective monitoring of anti-money laundering and countering terrorist financing obligations.

As MBIE has put it, "Registration on the FSPR allows [some] firms to misrepresent to overseas customers that they are licensed or actively regulated in New Zealand, and enables them to enjoy a lesser degree of scrutiny overseas than might otherwise be the case. The public often interprets 'registration' on the FSPR to mean that an entity is actively regulated in New Zealand."

'Drivers licences for people who can go and drive anywhere in the world, apart from NZ'

Dozens of overseas operating companies have deliberately misled customers into believing they're fully fledged "licensed" and "regulated" NZ financial service providers, with a significant NZ presence, when this isn't the case. And overseas regulators have been confused by these NZ "registered" entities operating in their jurisdictions. (These issues have been covered extensively by interest.co.nz with our stories here).

The inability, or unwillingness, of NZ authorities to do anything about the overseas actions of some of these NZ registered entities has damaged NZ's reputation. As David Mapley, a Swiss-based Brit who found himself caught up in nefarious activity by NZ financial service provider London Capital NZ Ltd, put it; "You [NZ] are giving drivers licences to people who can go and drive anywhere in the world apart from New Zealand and cause whatever carnage and crashes, but it's not your remit, you don't care."

In 2015 MBIE acknowledged misuse of the FSPR "creates a risk to both New Zealand's reputation as a well-regulated jurisdiction and to the reputation of legitimate New Zealand financial service providers." MBIE has also pointed out other similar jurisdictions don't have the type of problem NZ has, or at least not to the same extent, because typically they licence all types of financial service providers.

In Australia, for example, all entities that provide financial services are required to obtain an Australian Financial Service Licence. But MBIE argues NZ doesn't license all financial service providers because licensing can impose significant costs, create a barrier to entry and reduce competition.

Against this backdrop, the Government's third attempt to clean up the FSPR following an MBIE review, is underway. The details of the Government's clean-up plans are here. (MBIE is calling for submissions by 5pm on Friday, March 31). And my view, that the Government should simply abolish the FSPR because NZ doesn't even need it, is here.

Meanwhile back at the FMA, the spokesman said the FMA has received "a noticeable increase in enquiries and misconduct reports" from overseas since it was granted powers to direct the removal of companies from the FSPR in 2014.

Overall the FMA says since July 2014 it has considered 198 FSPR registrations. Of these, 110 were existing registrations and 88 were new registrations. The regulator has directed the Companies Registrar to deregister 68 companies, with another 21 companies voluntarily deregistering.

The FMA has also issued 30 directions preventing registration on the FSPR, and another 38 applications were either voluntarily withdrawn or allowed to expire.

Not surprised at all. Infact no one should be surprised as everyone knows what is happening and government response initially was of denial and than of delaying when forced.

You may have this Financial Service Providers Register issue confused with NZ foreign trusts...

Where is the accountability?

Is history going to repeat?

Is there any data on the length of time it takes between the "entity" being established and starting trading, the receipt of the complaint, and the resolution of the complaint?

Are we talking about weeks, months, years? How long are these "entities" cr*pping on New Zealand's reputation before they're found out and stopped.

And, out of interest, do we have "repeat offenders" yet?

Henry, there's no data that I have seen and it varies. In some cases I'm aware of things are nipped in the bud quite quickly, and in others it can take years. And yes, some of the companies and individuals are repeat offenders.  Cheers.