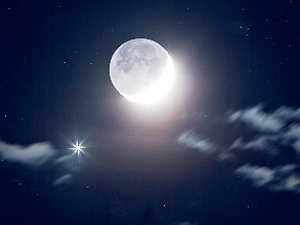 Six people associated with the former New Zealand registered company Venus Financial Markets Ltd have reportedly been arrested in Malaysia after more than 23,000 victims lost the equivalent of NZ$26 million.

Malaysian business newspaper The Star reports Malaysian police have arrested six people in a series of raids in Kuala Lumpur, Pahang and Selangor, also seizing a laptop computer, 10 mobile phones, 10 ATM cards and five cars. The newspaper says the "VenusFX forex scheme syndicate" swindled RM80 million (about NZ$25.7 million) from 23,259 victims who had invested between RM2,000 and RM40,000 each.

Venus first appeared in this interest.co.nz article in May last year. And in January we reported on how, according to Malaysia's The Sundaily, dozens of reports about Venus had been lodged with Malaysian police by hundreds of investors claiming to have lost money after being promised returns of up to 30% per month. VenusFX was described as a company registered in NZ with a virtual address. 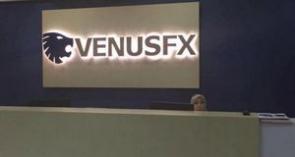 "As previously advised, Venus Financial Markets Ltd was removed from the companies register in September 2016. The grounds for removal were that the Registrar of Companies was satisfied the company had ceased to carry on business," an MBIE spokesman replied.

"In the absence of evidence of a breach of the Companies Act, the Registrar [of Companies] is unable to take any further action against Venus Financial Markets Ltd and those associated with the Company." 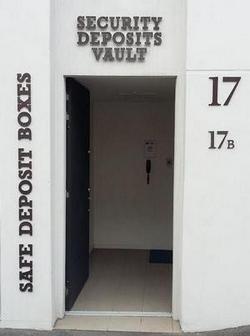 "The Companies Office has not received any request for assistance from the Malaysian authorities in relation to Venus Financial Markets Ltd, and nor has any assistance been offered," the MBIE spokesman added.

Never registered as a financial service provider. But that didn't stop Venus, or Fennas Finance...

Interest.co.nz came across Venus Financial Markets last year when probing another NZ registered forex trader, United Global Holdings, whose trading name was FX United. We reported that FX United looked and smelt like a big Ponzi scheme that was causing mayhem in Malaysia.

Venus Financial Markets is an example of the exploitation for nefarious purposes of NZ's soft touch company formation and oversight regime. The Companies Office and MBIE, meanwhile, regularly promote NZ's high international rankings for the ease of starting a business, as demonstrated by the tweets below from last October.

NZ now ranked #1 for ease of doing business and holds #1 for starting a business https://t.co/8DxynQ3WTP

Below is The Star article in full.

Police finally took down the VenusFX forex scheme syndicate that swindled RM80mil from more than 23,000 victims.

Federal Commercial Crime Investigation Department director Comm Datuk Acryl Sani Abdullah Sani said investigations showed that VenusFX had cheated a total of 23,259 people, each of whom had "invested" between RM2,000 and RM40,000.

"We estimate the total amount cheated by them is around RM80mil," he said in a statement Wednesday.

He said police launched Operation Nuri 3/17 Tuesday to take down the scammers after receiving more than 400 police reports from VenusFX victims.

"Six people, including a woman, were arrested in a series of raids in Kuala Lumpur, Pahang and Selangor. We also seized a laptop computer, 10 mobile phones, 10 ATM cards and five cars, all worth a total of around RM750,000," he said.

He added that the group, aged between 28 and 38, have been remanded 21 days under Section 3(1) of the Prevention of Crime Act (Poca).

"We urge the public to always be wary of schemes that promise huge returns on investments within a short period of time," he said.

Really ! . " NZ registered company Venus Financial Markets reportedly used to swindle 23,000 Malaysian investors out of NZ$26m, Companies Office does nothing "
There is the idea of "broken windows" which portrays that if you pay attention to all the crime including the little crime, it cuts back the big deal stuff significantly.
Our civil servants need to get busy, get proactive, and not just respond slowly and administratively. If it's an problem operation with overseas connections those should be cut out immediately - immediately -, and if that's a mistake they can contest it. Often there is no much else a New Zealand bureaucrat can do. But there is no point in taking a year over it.

If Shady Crooks Ltd have fulfilled the legal requirements, which pretty much amount to having a credit card, what can CO do? They have to operate within the law. The wide-open-to-criminal-abuse nature of our companies registration regime has been flagged as a risk for years, there's been plenty of pressure from domestic agencies and overseas to tighten it up, but the government have shown sod-all interest in fixing it.

Sort of explains the whole culture and persona of this government. Pro business anti people. Government department are meant to be just that. The various ministers in charge just saunter in and out of operational matters as and when it suits them.

LOL - if only they could be convinced to use such naming conventions.

Everybody has to make a living.

Want to impress your friends at dinner parties with tales of how much money you lost.
Than be the victim of a swindle or scam - invest with Shady Crooks NZ Ltd
Shady Crooks NZ Ltd - ripping off the greedy, gullible, naive, the just plain stupid and libertarians (we don't need no government controls) since April 2017.

If the finance company debacle showed us anything, it's that to swindle the rubes you need to name your enterprise something vaguely evocative of European old money, and put an All Black up front. So get Ritchie on the blower, and Shady Crooks Ltd, trading as Hapsburg Securities is ready to launch.

The never ending story ... and so it goes on ... nothing changes