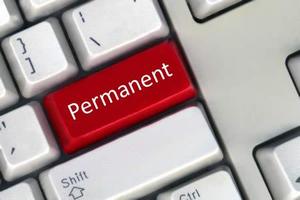 Could the Reserve Bank's macro-prudential tools, such as restrictions on high loan-to-value ratio (LVR) residential mortgage lending and a tool regulating the amount of debt some mortgage borrowers can access from banks relative to their incomes, be left in place permanently?

This idea is floated in the Reserve Bank's consultation paper on the potential addition of a debt to income (DTI) ratio tool to the prudential regulator's macro-prudential toolkit, which was released last Thursday.

Since the toolkit was introduced in May 2013, and since LVR restrictions were first implemented from October 1 2013, the Reserve Bank has stressed that the restrictions will be in place temporarily. The central bank has never publicly said how long temporary could be. A Reserve Bank Bulletin article in July 2013 noted that if the regulator had been able to use macro-prudential tools in the noughties, there would've been a "compelling case" to do so from 2005, perhaps until 2009.

We're now nearing the fourth anniversary of the introduction of restrictions on high LVR mortgage lending. Tweaked twice since they were introduced, residential property investors requiring a mortgage now generally must have a deposit of at least 40%.

In its consultation paper the Reserve Bank says that, like LVR restrictions, the DTI limit would be expected to be temporary. This would enable it to deal with periods where housing credit "appears to be creating unusual levels" of systemic risk.

"It would be possible for LVR and DTI limits to be maintained more permanently, perhaps at a less binding level. Indeed, most countries that use these tools do not describe them as temporary. This could be considered in the future, e.g. in the 2018 review of the Memorandum of Understanding on Macroprudential Policy. However, there would be some disadvantages - for example, permanent use of the tools would be more likely to lead to efforts to disintermediate lending or otherwise avoid the restrictions through new business models," the Reserve Bank says.

The Memorandum of Understanding referred to is between the Reserve Bank Governor and the Minister of Finance. It says, "The Minister and the Bank agree that a review of the macro-prudential framework shall be conducted after five years." That means next year.

"This largely depends on the effectiveness of the measures in restraining the growth in housing lending and house price inflation. The measures will be removed if there is evidence of a better balance in the housing market and we are confident that their removal would not lead to a resurgence of housing credit and demand. We will monitor closely the impact of the restrictions, and report on that in our Financial Stability Reports. If the measures are not considered to be effective, and cannot be made effective through altering the details of the policy, they will be removed, but in this case their removal might necessitate higher interest rates than otherwise, or the imposition of alternative macro-prudential requirements," Wheeler said.

How the goalposts have shifted

Meanwhile, in its consultation paper the Reserve Bank details some history on the size of loans available to borrowers in New Zealand, noting that before the mid-1980s deregulation, bank mortgage providers faced regulations that limited the size of mortgage repayments relative to income. And even after those rules were eliminated banks keep similar internal rules.

"For example, a major bank required customers to be able to 'meet minimum monthly payments' using '30% of sole income or 25% of joint income' using a 20 year table mortgage. By around 2000 these rules had been eased so that some customers could borrow 33% of joint income, or slightly more if they had a large deposit. These rules, alongside declining mortgage rates, meant that the maximum loan available to customers, relative to their income, rose substantially," the Reserve Bank says.

"The internal models used by banks to originate mortgages in recent years generally involve computing a measure sometimes called ‘net income surplus’ (NIS), which is a measure of the funds available to the customer after paying tax, the mortgage, and other essential expenditure needs. The mortgage costs are typically computed assuming the mortgage is being repaid over 30 years, even if the customer is interest only initially, and with some allowance for rising mortgage rates, and there are a variety of methods used to evaluate the essential expenditure needs of the customers."

As can be seen by looking at the mortgage calculators on major banks' websites, these methods can let some customers borrow bigger multiples of incomes than in 2005, the Reserve Bank says.

"At the time of writing, some mortgage calculators suggested a couple earning $200,000 in total with no dependents could borrow around 7.5 times income ($1,500,000). If they were making 30 year repayments and using a 5 year fixed rate, currently just over 6%, their mortgage payments would consume around 54% of gross income. This compares to a maximum mortgage payment to income ratio around 43% for conforming or ‘prime’ mortgage lending in the United States. While the mortgage calculator may not exactly align with bank lending policy, the data collected by the Reserve Bank suggests some customers are obtaining DTIs around this level," the Reserve Bank says.

"DTIs have risen alongside a trend decline in interest rates. In a low interest rate and inflation environment, the initial payment on a mortgage is made significantly smaller and this might be seen as a reason to be sanguine about rising DTIs. However, interest rates are likely to rise from their current levels at some point. Also, low inflation means that the affordability pressures of a mortgage persist for longer since nominal income doesn’t rise at the same rate in a low inflation environment."

It annoys me that bank lending models seem to avoid factoring in individual's personal rate of income growth when looking at servicibility of loans especially fixed term ones (because my income will be higher once the fixed rate ends). For example someone with 15,000 - 20,000 per annum income growth is likely not going to have to worry about rising interest rates as much because their income would more than offset any rise in interest rates.

Nobody cares about this stuff. We all just want more money because everybody want money. Give us more money and we vote.

"DTIs have risen alongside a trend decline in interest rates. In a low interest rate and inflation environment, the initial payment on a mortgage is made significantly smaller and this might be seen as a reason to be sanguine about rising DTIs.

Exactly, and it begs the question why central banks kept cutting official interest rates in their failed determination to raise CPI inflation without any prior corroborative evidence, beyond historical coincidence, and any acknowledgement of the damaging outcomes?

The BIS certainly endeavoured to focus central bankers' attention on the vicious circle of reality, but without success.

A monetary policy regime narrowly focused on controlling near-term inflation removes the need to tighten policy when financial booms take hold against the backdrop of low and stable inflation. And major positive supply side developments, such as those associated with the globalisation of the real side of the economy, provide plenty of fuel for financial booms: they raise growth potential and hence the scope for credit and asset price booms while at the same time putting downward pressure on inflation, thereby constraining the room for monetary policy tightening. Borio page 12 of 38.
And:
More importantly, the banking system does not simply transfer real resources, more or less efficiently, from one sector to another; it generates (nominal) purchasing power. Deposits are not endowments that precede loan formation; it is loans that create deposits. Money is not a “friction” but a necessary ingredient that improves over barter. And while the generation of purchasing power acts as oil for the economic machine, it can, in the process, open the door to instability, when combined with some of the previous elements. Working with better representations of monetary economies should help cast further light on the aggregate and sectoral distortions that arise in the real economy when credit creation becomes unanchored, poorly pinned down by loose perceptions of value and risks. Borio Page 17 of 38

Feels like we need a severe recession to make people realise money doesn't grow on trees.

This is one of the smartest comments I have heard for a long time :)