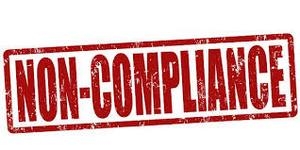 The International Monetary Fund (IMF) judged the Reserve Bank to be "materially non-compliant" in 13 of 29 international bank regulatory and supervision framework standards, or Basel core principles, it was assessed on in the IMF's recent Financial Sector Assessment Programme (FSAP) on New Zealand.

The Reserve Bank is playing this down, saying it comes as no surprise.

"The Reserve Bank recognises that, despite a rebalancing towards more regulation post-GFC [Global Financial Crisis], New Zealand’s banking regime remains unusual given the emphasis that is placed on self and market discipline, and its relatively low-intensity supervisory approach. In this regard, the results of the formal grading assessment against the BCPs [Basel core principles] came as no surprise - and indeed aligned very closely with the Reserve Bank’s own self-assessment conducted prior to the August mission," the Reserve Bank says.

Last December, prior to the results of the IMF review being released, Reserve Bank Deputy Governor Grant Spencer told interest.co.nz the IMF's review of NZ's financial system and regulatory frameworks would "deliver the expected result of not ticking a lot of the boxes."

The Reserve Bank says it continues to believe its hands-off, three-pillar regulatory oversight focused on self, market and regulatory discipline, with an emphasis on self and market discipline, has served New Zealand well. But it does appear to cede some ground noting there are a number of IMF recommendations that, if adopted, could "support financial system outcomes and the statutory purpose of the Reserve Bank."

"More generally, the Reserve Bank will be closely examining those recommendations that taken together may enhance the three-pillar approach to regulation and supervision. Elements of this model could include more independent verification or validation of information provided by regulated institutions, and a greater use of thematic reviews," the Reserve Bank says.

Nonetheless, "It should be noted that the Reserve Bank is aiming for a regime that is ‘fit for New Zealand.' It is not likely that any changes that may stem from the FSAP will result in full compliance with the BCPs."

The comments come in a Reserve Bank Bulletin article reviewing the outcomes of the IMF's FSAP. The article's by Chris Hunt, the FSAP coordinator from the Reserve Bank's prudential supervision department. (There's more on the IMF's take on the Reserve Bank's idiosyncratic bank regulation here. And Interest.co.nz's other key coverage of the FSAP can be seen here, here, and here).

Meanwhile, the Reserve Bank notes that the IMF recommends strengthening collaboration and cooperation with Australian authorities to recognise the important interdependencies between the two financial systems. To this end the Reserve Bank says it "will consider how it can more actively cooperate and coordinate with the Australian Prudential Regulation Authority in the on-going regulation and supervision of the large Australian-owned banks." These comments will be cautiously welcomed at the headquarters of NZ's four Australian owned banks.

Credit risk.... Isn't that the biggest and most important one of all? Non compliant.
The light handed approach sits well with the OBR and non-insurance of deposits until the unexpected happens....

with the Reserve Bank’s own self-assessment....New Zealand’s banking regime remains.... placed on self assessment and market discipline

Err....Isn't this what caused the GFC in the first place?

I'd call it a fail, majorly

Of course the RBNZ has been slack, we're about to go in a GFC x 3 and they did zero, with help from the brains of it all , the greatest banker to live key, he new when to leave when he could have talken his party into one of nzers greatest goals , a 4th term ,

I'd much rather trust the RBNZ over the IMF. Take a hike IMF thugs.

Usually IMF argues for deregulation and privatization of everything when even they are saying regulation is weak its troubling.