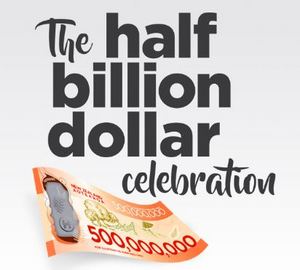 The Commerce Commission has filed civil proceedings against Harmoney in the High Court at Auckland seeking a declaration the peer-to-peer lender's platform fee charged to borrowers breaches the Credit Contracts and Consumer Finance Act, and orders to compensate borrowers who have paid this fee.

"The Commission alleges that Harmoney and Harmoney Investor Trustee Limited [the trustee for Harmoney's investors] have breached the Credit Contracts and Consumer Finance Act 2003 (CCCFA) which prohibits lenders from charging unreasonable credit fees. The Commission alleges that Harmoney’s platform fee is a credit fee under the CCCFA and is unreasonable [Harmoney disagrees]. The Commission is seeking a declaration that the companies have breached the Act, as well as orders to compensate affected borrowers," the watchdog said in a statement issued late on Friday.

"As the case is before the Court, the Commission cannot comment further at this time."

In its own statement Harmoney said it expected the Commerce Commission action.

"Harmoney also confirms the concern being addressed is the same concern raised by the Commission relating to clarity of the law for fees charged by peer-to- peer lending platforms and the application of the CCCFA to those fees. Harmoney will not be offering further comment on this while legal proceedings are underway," the company said.

Harmoney has previously argued its fees aren't caught by the CCCFA because it's an intermediary, facilitating borrowing and lending between other parties, rather than undertaking the lending itself.

Harmoney's platform fee is an up-front, one-off $500 fee for borrowers that's added to the loan amount approved. This type of platform fee was introduced in December 2015. Prior to that, as detailed here, Harmoney set the fee at a percentage of the amount borrowed. Initially the platform fee ranged from between 2% and 6% of the loan amount, based on the loan's risk grade. Then the shift was made to a one-off fee of $375, subsequently increased to $500.

Since "going live" in September 2014 as New Zealand's first licensed peer-to-peer lender, Harmoney says it has matched borrowers and lenders for unsecured loans totaling $548 million. The biggest area of lending has been debt consolidation, followed by home renovations, travel and used cars.

Borrowers are charged interest rates ranging from 6.99% per annum to 29.99% based on the individual borrower’s credit assessment according to Harmoney’s credit scorecard. Borrowers can get loans of up to $70,000 for three or five year terms.

Harmoney's March year financial statements filed with the Companies Office earlier this month, show its annual loss falling $7.7 million, or 55%, to $6.4 million from $14.2 million the previous year. The company has now reached accumulated losses of $26.9 million.

In its March year Harmoney's revenue rose $5.4 million to a fraction over $14 million, and annual expenses fell $2.1 million to just under $21 million. Platform fees comprised $5.4 million of Harmoney's $14 million annual revenue. Key expenses were marketing and employee costs. Although both were down year-on-year, they still reached $6.95 million and $6.3 million, respectively.

Below is background provided by the Commerce Commission

Since its incorporation in May 2014, Harmoney has charged borrowers a ‘platform fee’ that is added to all loans funded through its platform.

In August 2016, the Commission asked the High Court at Auckland a number of legal questions to clarify how the CCCFA applies to the platform fee and to consumer loans entered into on Harmoney’s platform. In May 2017, the High Court struck out two of the Commission’s questions. The Court is due to consider arguments about the remaining three questions in October 2017.

If the Court finds the platform fee is a credit fee, the CCCFA requires the fee to be reasonable and only cover the lender’s transaction-specific costs, as confirmed in the Supreme Court’s MTF/Sportzone ruling.

The Commission filed these proceedings to ensure that if the fee is a credit fee and is unreasonable, all affected borrowers can be compensated.

A copy of the application to the Court setting out the Commission’s questions is available in the consumer credit section of our website.

Watch for Harmoney to be rolled into Kiwibank, then the combined mess sinks? This is how the State Bank of Victoria went belly-up; it took over failing Australian Bank and TriContinental Finance; went broke and was bought by CBA for $1. I wonder which one of the Big $ will be the white knight?

a) there is a difference between a state owned bank and kiwibank.
b) Any political party who does this becomes un-electable ( and this includes Labour and the Greens.

And of course, you're right! Not Kiwibank, silly, Heartland Bank! (They already have a 'decent' shareholding in Harmoney)

Nothing here has changed my opinion that the P2P lenders are the next finance companies. Personal junk bonds are prone to blow up (implode?) at the first sign of adversity.

Rubbish. Harmoney could blow up tomorrow and the contractual relationship between lender and borrower will still exist. It's a fundamentally different business structure to finance companies.

While the contractual relationship exists, who will enforce the collection? Isnt that Harmoneys role? So, if they went belly up, who would do it? Given a lender only has fractions of a loan, they cant very well do this themselves right?

So stick with your property and term deposit investments then, and don't invest in P2P? Why are you commenting, are you a banking CEO or something?

Sounds like some solid analysis behind that one there kiwi. There is some rather large differences between p2p and the finance company debarcle. First, and most important there is very little in the way of liquidity risk for p2p. If you commit to lend someone money through the various platforms, you cant take it back (unless some other investor buys it off you in some cases). This was not the case 10 years ago with finance companies, where by investors started pulling money out and there was no new money to replace it, so the companies ran into massive liquidity issues.

Is it possible that investors loose money? Of course it is. Is it likely that a investor diversified across 100 or more individual loans gets left with cents on the dollar.. not a chance. As i have said on this site before, during the GFC in the USA, credit card default rates peaked around 12%. This was the worst financial crisis since the great depression, after a period where credit was pushing on anyone and everyone and that book only lost 12%. If this was to happen in NZ.. ie house prices down 30-40% and unemployment doubling to over 10%, an investor could reasonably expect to take a 10% loss on their loan book.. which looks pretty minor compared to the house/share price falls.

Current default rates are 7.46% and rising over time. It would not take much of a change for defaults to outstrip returns. Investors then face the prospect at having money tied up at a negative return that cannot be cashed out. Also if defaults exceed return, the P2P lenders themselves start failing to make money and raising rates to cover this is counter-productive. It would not take long before solvency became an issue. At this point, debt is on-sold to a new company or debt collection agency at c in the $.

Harmoneys default rate is high because they lend to significantly riskier borrowers, which pay through their interest rate. So even though that default rate sounds higher at face value, the platform risk adjusted return is still >11%. So, yes, a fair amount would have to change for investors to have a negative return. Secondly, Harmoney still doesnt make money, but that doesnt affect liquidity. As you note, investors are matched with borrowers, and can no cash out. So although that is duration risk to them, it doesnt affect them unless the borrower defaults. The model has survived through the GFC in europe and the USA. Its not perfect, but its not the NZ finance company scene circa 2007

Don't confuse ANNUAL default rates with CUMULATIVE default rates. 7.46% is the cumulative default rate Harmoney is reporting for a period over 31 months for its first cohort of loan generation. By way of example, my forecast RAR which takes in to consideration defaults and platform fees is 15.36% per ANNUM, or over 31 months forecast at a shade under 40%. I could easily take a further 10% hit and still be well ahead of the rubbish banks offer on TD, bonds, savings accounts etc. You proabably need to familiarise yourself with the product model before commenting.

I agree. Harmoney cannot be equated with the finance companies. I have over 400 A and B class loans and to date,NOT a single default.As of a couple of days ago,186 have been repaid early and I expect that high rate to continue. My net return has been 10.24%.This is a very small investment for me and I am happy to let it run.
I wil not be surprised if they lose this case and that will be costly.

They are, by definition, personal junk bonds so should perform similarly to corporate bonds. The major difference is that there is a secondary market for corporate bonds so liquidity is always possible (at a price). These tend to do well during the good times then tank as soon as as a recession comes along.

I am happy to withhold judgement until after the next recession. Would like to see their business model run through a full economic cycle.

You mean, they are, by YOUR definition, junk bonds. Who are you again sorry?

The "investment grade" loans have already been taken by the banks (secured and unsecured) so the remaining loans are lower-grade. If the bank would lend to you at 12%, why would you go to Harmoney at 18%?

Your random number generator is broken, most banks offer FROM 13.99% ... Harmoney offers FROM 6.99%. Again, seriously suggest you educate yourself on the product model before commenting.

Aren't all lenders "financial intermediaries" really? If that's the crux of their case as to why they are non-compliant they better have fantastic solicitors.

There can't be a profit component in a setup/establishment fee. The fee must represent actual costs incurred.

Harmoney has stated that the platform fee contains a profit component. This is expressly disallowed under the CCCFA 2003 act. The model is broken.

Its strange that some $500m later, with charges laid by the Commerce Commission, and now FMA they have yet to address the issue?

There are no FMA charges against Harmoney that I am aware of...

I thought the FMA had been dragged in Gareth as Harmoney had run the process past them, and been given the green light? Roberts is probably banking on this. I can see some red faces at the FMA if that is the case. haha!!!