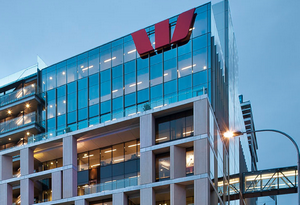 Westpac New Zealand has posted a 10% rise in annual cash earnings helped by a $135 million swing from loan impairments last year to impairment recoveries and write-backs this year.

Operating income was up just $5 million, or 0.2%, to $2.247 billion, and operating expenses increased $9 million, or 0.9%, to $963 million. Impairment recoveries came in at $76 million versus impairment charges of $59 million the previous year. CEO David McLean attributed the $135 million turnaround to recovery in the dairy farming sector.

"The impairment benefit reflects the work-out and write-back of a few large facilities combined with lower levels of stress," the bank said.

Net interest income rose $10 million, or 0.6%, to $1.735 billion. The bank's net interest margin fell 13 basis points year-on-year to 2.02%, which was attributed to competition for deposits.

Unlike its three major rivals ANZ NZ, ASB and BNZ, Westpac NZ's results don't include a figure for net profit after tax. Cash profit tends to be the big banks' preferred measure of financial performance. That's because it excludes items introducing volatility and one-off distortions unrelated to ongoing financial performance. However, the way the big banks report cash profit has come under fire from analysts, see more here and here.

Here's a letter to Westpac Banking Corporation shareholders, the Westpac group release, and the presentation.

I wonder what these figures will look like in a years time with the new property crash that's about to happen ?

Impairment write backs? In layman's speak, is that like throwing more money into the bubble? Written off debtors loans get poached by other banks (refinancing deals). It's just window dressing in the final days of QE. In the coming full blown property slump the highly leveraged will have nowhere to run!

Banks make Provisions for Bad and Doubtful Debts in their accounts each year in case they have loans that actually go bad. ( Traditionally you'd 'up' the Provisions in a good year - to keep a bit of protection for a less than good year)
The 'easy' way to show a 'profit' this year is to reduce the amount you provided for, last year.
So it's not actually throwing money into the bubble, it's the sort of stuff a bank might do is it's not 'made enough' and wants to inflate the actual earnings a bit. The problem is, if the loans DO go bad, they may not have enough biccies in the tin to cover the losses. That...is when 'writing down the Provisisons' looks nasty....

It's the age we live in where interest only and mortgage holidays are in vogue. I suppose if debtors cannot be rescued using these facilities, then its really bad lending especially in past times of steadily rising house prices. It wasn't that long ago when mortgage holidays and interest only were called non performing loans! Now I guess being that 80% of lending is back by some sort of property then the goalposts have been moved by everyone. It's just delaying the day of reckoning I feel.