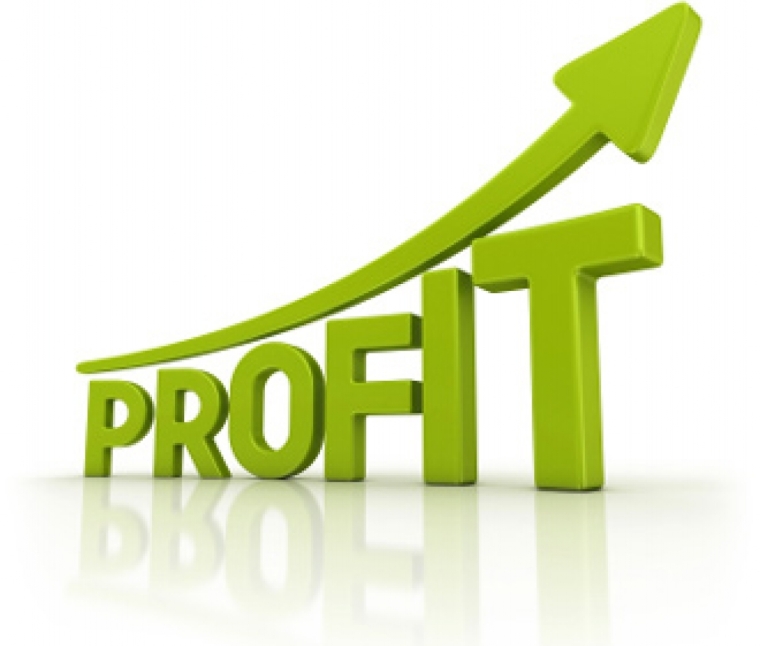 ANZ New Zealand has posted December quarter net profit after tax of $520 million, which is equivalent to $5.65 million per day.

In terms of the income growth, net interest income increased 2.6% to $793 million. Other operating income surged 26.5% to $215 million, helped by a near doubling to $80 million from $44 million in net foreign exchange earnings and other financial instruments income.

As reported by interest.co.nz last June, NZ's big four banks rank near the top of the pack across a range of profitability measures when compared to their counterparts from both advanced economies and major emerging economies around the world.

*This is an abridged version of a longer article that was published in our email for paying subscribers early on Wednesday morning. See here for more details and how to subscribe.

To the man on the street, $520m = the sum of all fees + interest margins. It takes on a disturbing meaning when house prices are starting to slide.

Don't forget deposits, they are included in a bank's income too.

In light of this, I don't understand why DC says that the big 4 banks would go bust if they offered interest rates below 4%.
DC?

They wouldn't. but if you were a shareholder in those companies would you want them to be nice, or to make you money?

That is actually a disortion of what I said.  I said they would go bust quickly if they borrowed in a foreign currency at the foreign interest rate and then offered loan products (mortgages) at a margin over those rates without swapping the funds to NZ dollars throught the swap markets.

Without the swap, they are exposing themselves to fx risk which can go either way, and very quickly, wthin days. It would be damningly imprudent and stunningly risky. Which is why no professional treasurer even thinks of doing that.

The process of swapping fx uses the interest rate makets - and the effect is to get the funding at NZ interest rate wholesale costs. Which is makes the margin judgments quite different to the unrealistic assumption that you can borrow in New York and lend in NZ.

Can anyone please name any other business that is delivering $5m per day from thin air in a small country like NZ?

Yes quite incredible, they don't actually produce anything just move money about. No stock to carry, no backup service to products they sell, no warranty required and the "Product" never ever fails so the customer never needs a refund. This has to be the best business going, right up there with insurance companies.

Jerry - can you please name me any other NZ business that have invested $40bln plus of investors capital into the NZ economy ? Do you actually understand how a business operate and that it returns are hopefully in some way related to what they're prepared to invest and risk

Ok, since you seem to be defending Jerry and Carlos' comments somehow, please enlighten me Andrew. Whilst please trying to avoid this uninformed populist c@#p explain to me the simple situation of how the banks don't have any capital invested in NZ, or that they don't have to get a return on it for their shareholders to remain in business - explain the thin air comment, and the comment that they don't produce anything when in fact without them very little would.

Off course they have capital invested, just not enough. They lend to much to housing, don't invest enough in business, and take billions out of the country that should be reinvested.

Ok how much capital is enough - how high do you want you bank margin/interest rate to be to feel comfortable that you are paying enough for the extra capital - how much higher interest rates do you want businesses to pay and keep you employed etc....how about 40% like many business requirements against every loan instead of 10%...you'll feel really comfortable with the banks doing a good prudent job at that point for you and the economy ? You do appreciate that you or others will be paying for the extra capital ?

Well maybe what we need is more competition. %2.5 of %8 doesn't sound like enough capital to me, but I lean more toward a social credit type banking system.

Banks create loans by making a ledger entry, that part isn't much of a secret these days except for those with their head in the sand. Or perhaps you would like to track back this capital requirement you talk of and show me where it originates from. Banking is a scam, get over yourself and your vested interest bias in not understanding how finance is a parasite to the economy.

The bank creates a home loan by making a ledger entry. The customer has a liability and the bank has an asset. All plausible so far.

That doesn’t answer my question. I wonder how many people on this site understand how the banking system works?

All banks have an account with the Reserve Bank. In my days in the 80s it was settled once per day, now I understand it’s done multiple times per day with real time settlement.

Let’s use the example of a dairy farm being sold. The seller banks with BNZ and the buyer with Rabobank.

The buyer asks Rabobank for a loan to buy a dairy farm. It is approved and settles as follows.

Rabobank creates a loan (its asset and the customer has the corresponding liability). To settle the sale Rabobank must ultimately pay the vendor bank, BNZ. This is done through their accounts at the Reserve Bank. This account can never be in debit.

If Rabobank has insufficient funds to make the transfer it can borrow them off another bank, take on more deposits or discount short dated assets. It can’t create money to settle. There is no free lunch UNLESS it was able to keep all loans and deposits in its own books.

Given the need to settle with other banks, no one commercial bank can create money. That’s why they advertise for deposits and wholesale funds. As there is only so much liquidit in the system, wholesale interest rates reflect how tight things are. The late ‘80s were a classic with short term money at 40%. If a bank was able to create funds, why pay that? The answer is that they couldn’t.

Ex Pat , Keep in mind that those settlement accts. that Private Banks hold with the Reserve Bank only have about $8 billion in total.

Total Credit money is probably over $200 billion..... so that is alot of leverage , in regards to The Private Banking systems , liabilities... ie. Credit ( IOU ) is a claim on money.

When things turn to custard, just like an overleveraged property developer , Private Banks get into trouble.. The big difference is that they get bailed out, in the form of cheap loans by Central Banks.... or if they are badly insolvent, they are allowed to fail.. I guess
I suggest that Central Banks are able to provide unlimited liquidity to the Banking system.. if they wanted to.

Consumers have an insatiable appetite for low interest debt and, in the absence of any substantial economic growth, interest rates only tend to head downwards. This has been necessary because the New Zealand economies intrinsic growth has been so poor, without the wealth effect providing a long-term stimulus, we would likely be in a prolonged economic depression. If you plot the OCR trend-line back to March '99 (OCR introduced) we are about on-trend with the OCR at 1.75% and inflation persistently remains at the very low end of target. I'd say banking has been the beneficiary of a favourable trading environment.

In before govt. bailout.

By hell the ignorance of people on here who think they understand a subject because they have a 5 minute knowledge of the subject, or heard some other uninformed comment that fitted their bias, is huge - and more importantly aren't prepared to consider that may be the case . This site is now very much the domain of socialists and the property obsessed with many of the former contributors who were clearly informed on their subjects and worth reading are now seemingly long gone - no doubt for the same reason I am from today.

I know it is infuriating Grant A but undoubtedly many non commenting readers read your comments. Cannot the ignorant just be used as foils to get your information across to the wider audience?
Also the "property obsessed" tend to dwell mostly in the property related article threads - I do wish people would keep that in mind.

yea......close all the banks, they don't do anything apart from the 25,000+ people they collectively employ plus the govt can just borrow the $billions they pay in tax every year to make up the shortfall, and then close all the branches and all the landlords that own the buildings can find other tenants (dime a dozen in Te Kuiti)
Too many people with socialist ideas on here......hey move to Venuzuela a great example of the socialists in control

The failure of Venuzuela can be summed up in one word - corruption. How else would a country with oil rich reserves fail. Corruption or basically greed which is rampant in every country because its a basic human nature these days is the main cause of entire countries collapsing. That and banks lending to 3rd world countries massive amounts of money that doesn't exist in the first place at interest rates they know they cannot pay back the dept in an attempt to essentially buy the country. The entire monetary system we have is bad news but its best not to worry about it and generally your working so hard to pay of debt you don't have time to worry about how the "System works", thus little old NZ keeps on ticking away as it is "situation Normal".