ANZ New Zealand has posted an 11% increase in half-year profit with net interest margins rising, thanks to "stabilising" funding costs and the "repricing" of home loans. 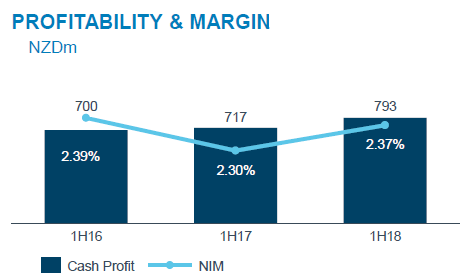 "ANZ has grown in home lending and deposits, which reflects the continuing strength of the New Zealand housing market and of the economy generally," ANZ NZ CEO David Hisco said.

"Our investment in digital also means we are achieving greater operational efficiencies, as well as savings in our back office processes." 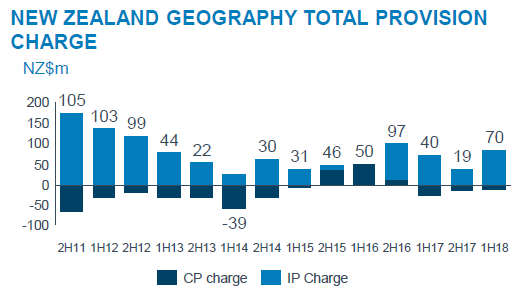 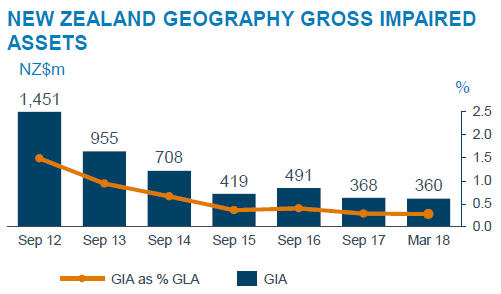 Meanwhile, parent the ANZ Group posted a 4.1% increase in interim cash profit to A$3.49 billion. It's paying a fully franked, unchanged interim dividend of A80 cents per share, equivalent to 66% of cash profit.

Group CEO Shayne Elliott said the banking sector faces headwinds noting; "I think our sector has had a golden period for 20 plus years and we don't think that's going to continue, it's going to be harder."

And here's the ANZ Group presentation.

Yes, please no more bleeding hearts saying the banks cannot lower rates as they are struggling with overseas funding costs and face extreme exchange risks. They are clearly price gouging the borrowers which is their prerogative; but it is also ours to call them greedy bastards.

An speculator to his advisor; Is all my cash really gone? No, of course not, it’s just been hoovered by somebody else!

The Best Way to Rob a Bank is to Own One.
Here is Bill Black on TED.

In the case of the big 4 banks in NZ, the title should be " the Best Way to Rob a Bank is to Manage One"

Take out highly leveraged home loans based on fraudulent income statements to borrow much more than the locals ever could. Rent each bedroom to a dumb kiwi and pay most of the interest. If the housing market booms keep doing the same. If you ever find your equity ever sinks underwater you just flee back to Mainland China.

Why can't Kiwibank make profits like this? Too much money spent on SAP blowouts?

That and a lower % of mortgages and commercial business. Even the NZ government & councils don't use Kiwibank yet.

Interesting to link this article to your article today on KiwiSaver conservative funds.
ANZ record yet another record profit and cash KiwiSaver funds return a very lowly 1.7%.
Savers will be depositing funds with a ANZ owned investment trust who then deposit funds with banks (most probably ANZ) at wholesale rates which are much less than retail rates. They take 0.42% annually of both your deposits and funds for doing so.
How can a bank justify a 20% charge on a minimal return in what is simple low cost electronic management.
Do Kris Faafoi and Adrian Orr really think all is well with the New Zealand banking culture?

Just one bank declaring almost $1 billion in profits for 6 months, from just 4.4 million people!? And Adrian Orr (RBNZ Gov) says nothing to see here! What am I missing?

Almost $500 per year for every person in the country.

Murray - simple answer is, we're world class personal borrowers at 168% debt to income...world class. They need twice as many Yanks o get the same amount out.

What is the American ratio? But the implication that you are making is that the borrowers are being shafted on borrowing costs. What are the other three banks doing? If one can take a billion out, will four take out $4 billion? The Government will love the tax, but the profits are still going overseas, and will amount in total to around $2000 for each person in the country. Seeing as i have no debt to the bank, someone else is paying my share. I shudder to think what some are paying.

I'm in the first year of my mortgage, the interest portion for the first year is $9500. Mind you, i'm with a local Credit Union rather than one of the big four so it's a little different.

A breathtaking sum this puts the amount of debt out there in prospective .

Now I see why John Key flat out refused there was an issue with house price inflation over the past 9 years. He's now Chairman of ANZ, the biggest beneficiary out of all the Mortgage Mongers.

Time to get shares in the banks? If it all goes tits up they'll be bailed out anyway right?

Bail outs aren't the only way banks are handled. They might have their loan book bundled up and sold to another bank for a nominal $10 pricetag (for Contract Act reasons). In that case shareholders lose everything, potentially depositors too.

A depositor bail in only happens after shareholder assets have been consumed. So there might not be much asset value and reduced future earnings which would leave you will a big fall in share price.

Or the bank could be a semi-zombie bank like Deutsche Bank where the assets are in the 0.1% of the loan book. They also have a much lower share price.

Depending on the scenario the outcome for banks doesn't always have an upside.

Regarding the first part of that, when has that ever happened? Lehmans and Bear Sterns in the US I guess, but the rest around the world were bailed out weren't they?

Imagine if one of the big Aussie banks went under... it would cause so many problems that it just wouldn't be allowed to happen I reckon.

Would like to see any bailout being in exchange for equity. Shouldn't be a free lunch.

In all these cases, the bail out ultimately resulted in a large number of new shares being issued for the funds received. This resulted in significant dilution of ownership in the recapitalised financial institution to the shareholders who owned the shares before the recapitalisation.

I had friends who worked at Citigroup since the late 1990's and received shares annually as part of their compensation. After the 2008/2009 recapitalisation, these shares were worth a small fraction of their original amount.

I suggest you look into the cases mentioned above to teach yourself about what can happen to equity investors in a bank bailout.

Ok, that makes sense actually. The banks are bailed out but everyone takes a haircut.

Except the higher up bank staff of course, they still get their bonuses!

The individuals comprising management does change. Typically, you see a change of CEO's and other senior management with an equity recapitalisation. Hence the individuals receiving performance bonuses also changes.

The new CEO gets performance bonuses and may get shares / stock options based on the lower share price levels when they come in. Many have come from other organisations within the same industry so the bank needs to incentivise a new management team to join the organisation and leave their current employer.

The old CEO may get vilified by the media - look at Ross Goodwin of RBS, Chuck Prince at Citigroup. They may or may not get to keep their company pension benefits after they step down - depends on their employment contract and circumstances surrounding their departure ...

OK, so the CEO's et al lose their jobs and get vilified in the media.

But they've still gotten away with tens or often hundreds of millions of dollars. Personally. And suffer no criminal charges...

Sounds like a good deal to me. I bet they just don't read the papers whilst holidaying in Switzerland, The Bahamas etc.

Interesting to look at the share prices of Citigroup and RBS, they plummeted after that event. And basically stayed down. But if you look at the likes of Goldman Sachs, their share price plummeted to bugger all but then jumped back up on the bailout news. And is now worth 4 times as much. Same with JP Morgan Chase and Bank of America. In fact with the latter if you had bought at the low of around $3, you'd now have multiplied your investment 10 times...

So it's far from certain what would happen I guess?

JP Morgan and Bank of America also took money under TARP. Goldman Sachs was an investment bank, and did not have mortgage lending like the commercial banks such as Citigroup, JPM, Bank of America, and RBS. Goldman Sachs, and JPM did not experience large losses from memory and was still profitable, very unlike Citigroup and RBS.

Nah. Buy bank shares during the crisis, before the bail out is confirmed. You'll get rock bottom prices

why buy, when you might get some as part of a depositor bail-in?