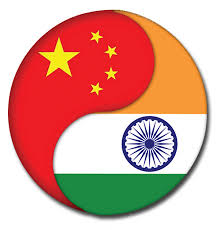 For quite a few years now, India has been pitched as a solution to China’s economic slowdown: if and when China experiences slow economic growth, the expectation is that India will pick up the slack.

But India is not growing much faster than China, and it is starting from a low base. China’s GDP in 2017 was US$12 trillion while that of India was US$2.6 trillion.

Needless to say, India has also been pitched as a substitute for China’s influence in the global economy, and over time we should expect India to lead the world on the economic front.

Just like many other countries, India is running huge trade deficits with China. In the last two years, trade deficits accumulated at more than US$50 billion each year. India’s top exports to China are predominantly raw materials, including cotton and copper, which are higher up the value chain for example than electrical machinery and plastic articles. Since the start of this year, India has filed a series of anti-dumping probes against Chinese products in sectors including chemicals, textiles and steel.

Reducing imports and increasing exports are ways to reduce trade deficits. But using anti-dumping mechanisms is not the best way to do this. After all, cases take a long time to see the light of day. And it won’t help the two countries achieve more trade balance by 2019 when their five-year agreement comes to an end. This agreement was signed in September 2014 with the aim of
jointly seeking a medium-term trade balance.

India may want to increase its agricultural trade exports to China, including rice, wheat, corn, fruit and vegetables, but China is concerned with the quality and freshness of these when they eventually arrive in China. China’s rising presence in the Indian Ocean around projects related to the One Belt One Road Initiative is a concern for India. Conversations around India’s participation in One Belt One Road projects have so far gone nowhere, the latest of which is the meeting of the two Foreign Ministers in Beijing. More pivotal to the China-India discussions was the Indian Prime Minister’s visit to China last week. Both countries seek to repair and improve their ties on all fronts.

While the two countries are not economically dependent on each other at this point (despite China being India’s largest trading partner), both have established significant bilateral economic linkages with the ASEAN region. World economic growth will be focussed on these Asian countries in the next two to three decades. Beyond trade, there are opportunities for China and India to work collaboratively on investments. There is also bilateral services trade. India’s growth is not fast enough for its stage of development. If India’s growth is controlled, that’s good. But if not, then it certainly does need some strategic partners in trade.

The economic strengths of these two countries are complementary. China has greater strengths in manufacturing and infrastructure (hardware), while India is perceived to be stronger in services and information technology (software). Chindia was coined to represent China and India working together, certainly not to represent China versus India. While China is boosting the software side of things, clearly a combination of each country’s current strengths will go a long way.

The only thing China finds useful from India was Buddhism which got into China around 25 -220 AD.

Checked Wikipedia because I was sure you were wrong but it was surprising how little India has invented (Chess, shampoo are hardly exciting); I reckon Scotland could produce a more impressive list. However the most important Indian invention was zero. The number 'zero'; absolutely critical for modern maths.

Siah Hwee Ang thinks the economic strengths of China and India are actually complementary. That reminds me of England and Germany before the 1st world war. They had trade which usually stops warfare but they also looked at one another as competitors and 17 million deaths later they realised the USA was now no1.