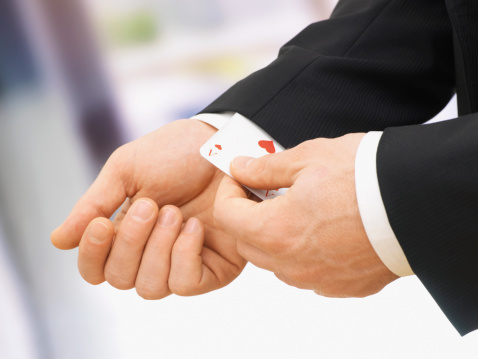 China and the US are unlikely to resolve their differences anytime soon.

This triggers uncertainty around what is to come in the world economy in the coming years.

Despite the seemingly perennial US role as leader in world affairs, China is the largest trading partner to a lot more economies across the globe.

And while all eyes are on the China-US duel in trade retaliation shots, the US does take a similar stance towards other countries.

Your enemy’s enemy can become your friend.

The differences between the US and Europe have prompted Europe to stand alongside China and update trade rules around technology policies and subsidies, amidst their very own bilateral disputes.

This coming together will also lead to discussion on a treaty to iron out differences on the investment front.

China’s (potential) loss in its standoff with the US is always going to mean some hedging of their own vulnerable positions in particular industries.

Soybeans, in particular, have been a major weapon for the Chinese.

In 2017, China imported 95 million tons of soybeans from the US (worth around US$14 billion), which constituted 34% of its total imports.

This figure is 31 % of US total soybeans exports. The US is the second largest exporter of soybeans behind Brazil.

And while US farmers will have to find another market for their exports, China will also need to source its soybeans from elsewhere to plug the gap.

China has come up with a quick response.

The small reduction in tariff and the size of the exports from these nations will not come close to filling the gap.

The significance is that China is using opportunities such as this one as a way to diversify from its trade dependencies with the US.

In the meantime, it is also increasing its own production of soybeans.

This diversification also opens doors for Brazil, Argentina and Paraguay from Latin America, and Canada as large exporters of soybeans.

A total of 8,549 types of goods originating from the five Asian countries above will also see tariffs reduced or cut to zero in areas such as chemicals, agricultural and medical products, clothing, steel, and aluminium products.

This is done under the umbrella of the Asia Pacific Trade Agreement (APTA) of which the six countries are members.

The APTA was formed in 1975 and is the oldest preferential trade agreement among economies in the Asia-Pacific region. It was known as the Bangkok Agreement before 2005.

Taking effect from July 28, China is opening up further for investment in areas such as infrastructure, railway passenger transportation, international shipping, grain purchases and wholesales.

The relaxation of restrictions will see the phasing out of the 50% equity cap for foreign aircraft and car manufacturing in joint venture arrangements.

Bilateral relationships between economies are multifaceted.

From the adjustments that it is making in response to its jostle with the US, it is evident that China has many cards up its sleeve thanks to its strength in trade and its investment potential.

Above all, this allows China to play a larger role in Asian economics and ensures its centrality in business in Asia.

It's all about access to energy. Investment - given that it's a bet, isn't investment always 'potential'? - is only underwritten by energy being available to do work.

- which means a military stoush at some point, energy being non-discretionary and FF being finite. China would currently lose that. But not forever, so the US has to preempt.

"The world’s most valuable resource is no longer oil, but data"

A NEW commodity spawns a lucrative, fast-growing industry, prompting antitrust regulators to step in to restrain those who control its flow. A century ago, the resource in question was oil. Now similar concerns are being raised by the giants that deal in data, the oil of the digital era...

But there is cause for concern. Internet companies’ control of data gives them enormous power. Old ways of thinking about competition, devised in the era of oil, look outdated in what has come to be called the “data economy” (see Briefing). A new approach is needed.

Without energy, data is useless. And therefore worthless.

One look around you - cars, planes, trucks, ships, diggers, plastics - will tell you that data does nothing physical. Like money, it can merely track. Like money, it needs to be underpinned by something actually being done.

Indeed, data is a driver for the better use of resources. Poster child: JD, with its crowd-sourced ag solutions. A simple example: harvesting analytics measure grain yield per GPS coordinate, and this is then used in re-seeding to control planting density. Higher-yield areas get more seeds. Simple but effective. Wisdom of crowds stuff, applied to one of the four core human activities (food, shelter, transport, security).

Europe is snuggling up to China (and is already in thrall, energy-wise, to Russian oil and gas), because of two developments which have zilch to do with 'US Trade Eccentricities'.

I'd be quite happy if all enacted tariffs would have a bilateral clause. In addition, if a punitive tariff gets enacted on a country that specializes in a particular good for export, then the exporting country can then impose an equivalent $ value tariff in return. China in particular, imposes explicit tariffs on many US exports, and also imposes non tariff trade barriers for many goods imported into China Maybe someday the China and US tariff and trade barriers can reach a less unequal balance.