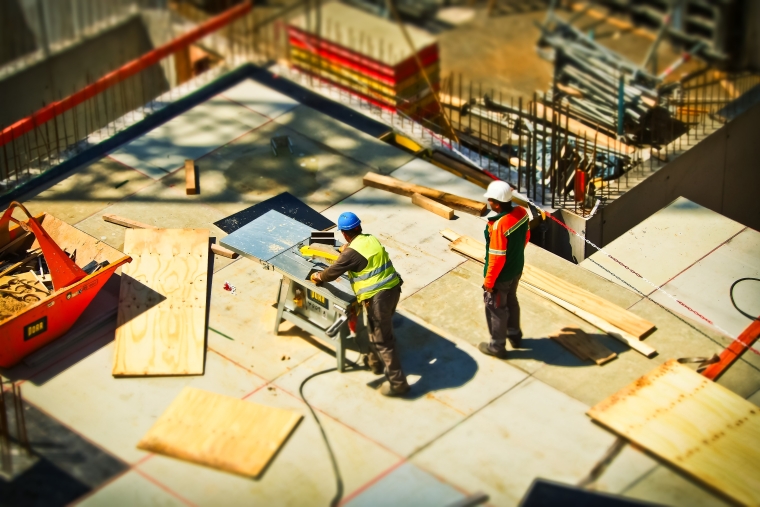 Finance Minister Grant Robertson has spent the last few months reassuring New Zealanders that even though business confidence has been falling, the economy has actually been performing well.

However, when the first set of annual Crown financial statements published under his watch on Tuesday provided some great headline figures to back up his stance, he retreated a little.

Rather than boasting about the operating balance before gains and losses (OBEGAL) coming in higher than expected at $5.5 billion and the Government reaching its net core Crown debt reduction goal four years ahead of target, Robertson was a tad coy.

He accepted the financials for the year to June 30 gave him a solid “starting point,” but didn’t shy away from admitting that this was in part due to the Government spending its money slower than Treasury had forecast in the 2018 Budget.

So yes, it was great to see revenue (largely from taxes) increase more than expected.

But half of the operational expenditure undershoot from Treasury’s projections, could be attributed to “timing issues”, meaning it’ll be spent next year.

Treasury had expected the Government’s operational spend to reach $105.7 billion, but it only hit $104.0 billion.

Looking at its net core capital expenditure, this was expected to come in at $6.7 billion, but it only reached $5.9 billion (note this is still the highest it’s been since 2009).

Westpac senior economist Michael Gordon believes this shows that “spending up is hard to do”.

“Bottlenecks and capacity constraints have for some time been the main hindrance to a lift in infrastructure spending, not the Government’s self-imposed borrowing limits.”

So Gordon is saying it’s more a matter of the Government not being able to spend more than it is expected to, than it choosing not to do so.

He points to a note he sent out ahead of the Budget in May, in which he explained: “Projected spending is one thing, reality is another.

“From around 2015 the government began to recognise the need for a lift in capital spending, to support the rapid growth in the population. But we’ve yet to see actual spending rise beyond the levels seen over the last decade…

“The Treasury has cited delays and capacity constraints in the construction sector as reasons for the shortfall. In this case, the spending shortfall is added back into the following years’ projections.

“This backlog of delayed spending, plus the additions to spending plans in the last few Budgets, mean that the projections for capital spending over the next few years have ballooned out rapidly…

“The side effect of delayed spending is delayed borrowing. Net core Crown debt has fallen well below what was forecast in recent Budgets.

“Some of that can be put down to a stronger than expected tax take. But it’s also the case that the Government hasn’t had to borrow for projects that have yet to begin.”

Gordon concluded: “While we think that the Government could meet its net debt target quite comfortably, it may not be for the reasons they intended.”

He stands by those comments now, saying: “Overall, the accounts for the June 2018 year suggest a substantial amount of wiggle room for the Government in coming years.

“Some of that wiggle room could quickly disappear – the Treasury’s GDP forecasts are at the top of the market range, so there’s a strong risk that the tax take falls short if the economy doesn’t grow as rapidly as expected.

“But there is also room to provide some extra fiscal stimulus if the economy needs it.

“The challenge will be how to spend it, if bottlenecks are proving to be an issue in a number of areas.”

what about the $6.5 billion of dodgy off-the-books-borrowing for NZTA and Housing NZ?
https://www.nzherald.co.nz/nz/news/article.cfm?c_id=1&objectid=12104552

Also:
"A revaluation of the national state highway network has improved the Governments books, and turned $2.4 billion deficit into a $5.5 billion surplus.

Against a $2.2 billion spend on the network, with the majority on State Highway 1 due to the Kaikoura Earthquakes, the revaluation appears to have taken a replacement based approach, as opposed to a value based approach which has resulted in a $2.4 billion uplift, as well as an average preliminary and general assumption rate of 34% equating to an $4 billion uplift.

It does not seem that this valuation approach has been widely used in many other countries, but with some creative accounting the Government has turned a certain deficit into an astounding surplus. This will certainly be surprising to many, especially when considering the major increase in value is due to a fairly unusual approach."

Is this correct? Are we in fact just witnessing a whole lot of creative accounting flim-flammery from "the most open and transparent government ever"?

Having read the financials (here) especially the cash flow (which unlike almost everything else, is not subject to judgements about values, contingencies etc) I concur that the off-BS borrowing is the elephant-shaped hump under the dusty carpet in that faraway back room.

The Highways revaluation uses ODRC, nicely explained here (although one can see the point in moving the acronym around from DORC). But the driver behind asset revals, more broadly, is to make BS ratios such as debt-to-equity, more palatable.

Which may just mean that the 'wiggle room' referred to in the article consists of more ability to raise debt. In, say, 18 months' time. Because child poverdy....

The surplus from revaluation of assets is not included in the operating surplus of $5.5b. It is included as a other comprehensive revenue and expense (in the statement of comprehensive revenue and expenses on page 40 of the financial statements).
In a nut shell, the valuation of roads has nothing to do with the $5.5b surplus discussed here. The main reason for the operating surplus is the $5b increase in taxation income and the $2b other income.

Thanks to both you and waymad for clearing that up for me.

So that just leaves the $6.5 Billion borrowings for Housing and NZTA, in truth part of the govt, and arranged this way purely so that it won't be accounted for in the debts for the OBEGAL figures, but meaning that the 'surplus' is in reality a $1Billion deficit.

They haven’t spent 6.5 billion already have they?

It will be due to capacity constraints , logistical nightmares , Fletchers ensuring we cannot import Kit-form houses from Germany , not enough builders and Councils rorting the system by double dipping for fees , levies and charges , like $20,000.00 for a water meter and piece of pipe that costs just $300 .

And I totally agree too. The extremes of self interest and squandering other people’s money is embedded deeply in our bureaucracies and those tentacles reach well into the corporates and vice versa for that matter. Far cats everywhere fighting for the cream while the milk pours out of the bottom of the bucket.

Will be a pretty sad indictment of Fletchers as a company that grew to be what it is in part because of previous government housing efforts, if they stand in the way of affordable housing for Kiwis now.

So if there are real capacity constraints in construction, fiscal stimulus could be focused on other areas of need. Areas that don't involve hard hats. Education, health and social care for example. Areas that if we invest today we form a skilled, educated workforce, decreasing dependency rates, shaping the kind of youngsters who can successfully engineer and work in that construction industry in a few years time. NZ still has a shortage of aggregate demand and a significant amount of underemployed and what I would call mal-employment. Spend to reduce that.

Don't worry, NZ has lost the ability to consent and deliver projects within sane timeframes. Plenty of time to train up a workforce.

They must use EY.

Not sure why everyone is carping on about how hard it is to get a building project done as profitably as possible...is it any different in comparable economies? Highly unlikely. If you haven't twigged on yet there are other ways to make money like running an exporting business for instance, which by the way would generate export dollars for the economy...does anyone even care about that on this website?