Opposition pulls up Shane Jones for not disclosing 61 meetings he had with a variety of business, government and community leaders over seven months

Opposition pulls up Shane Jones for not disclosing 61 meetings he had with a variety of business, government and community leaders over seven months 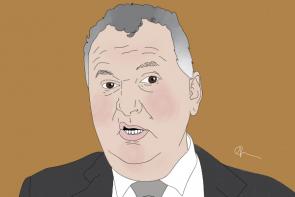 Shane Jones – the minister responsible for the Government’s $3 billion Provincial Growth Fund – is being criticised by the Opposition for not disclosing 61 meetings he had between March and September.

The meetings weren’t mentioned in the answers Jones’ office gave in response to written questions asked by the Opposition.

He says Jones is ducking detailed questions about how he’s spending the Provisional Growth Fund.

“Accountability and transparency have been missing in action over the PGF, which was part of the horse trading that went into the coalition Government,” he says.

It includes events Jones attended organised by the likes of the Petroleum, Exploration and Production Association of New Zealand, BusinessNZ, Poutama Trust, and the Mayor of Wairoa.

A number of the undisclosed meetings were also with government ministers and staff in local government and other public sector organisations, including Bay of Plenty Tourism, the Ministry for Primary Industries, and even the Governor of the Reserve Bank, Adrian Orr.

There doesn’t appear to be an obvious trend to the types of undisclosed meetings.

While taking responsibility for the errors, Jones points out he has received about 3000 written questions from National since becoming a minister – the vast majority of which have been answered correctly.

However Goldsmith questions: “How can we have any confidence in what the Minister says when so many statements are proven to be inaccurate? It is an absolutely mockery of Parliamentary process and is laughing in the face of the Prime Minister’s commitment to openness and transparency…

“Mr Jones must not think the dismissal of Clare Curran was justified when he thinks he is above the standard expected by the Prime Minister.”

The most open and transparent government ever. Tui Billboard.

Presumably, his staff would have drafted answers to questions about his meetings.
This would mean either: a) his staff cocked-up big time, or b) his staff didn't know about the meetings.
My money is on b).

I doubt it, his schedule is stacked and he has an entourage.

You could say the same about Clare Curran when she was a Minister.

Hi mlpc
Reports on Clare's meetings were that they were either late at night when only the door mouse were about, or in a quiet dark corner in a quiet little cafe.

Perhaps i missed something. Wouldn't meeting and engaging with regional businesses/councils be part of a regional growth role...?

It is not the meeting he is having with regional businesses/councils that is the problem. It is his record keeping of the meetings having taken place.

For one we should know with whom our ministers talk and secondly a brief outline (minutes) of what was discussed.

Being a transparent government and all.

For example, I dont know if the meeting with Ngāti Hine was recorded as having taken place and a third round of government funded tree planting was offered and accepted, but it should have been.

This is actually quite disgraceful. The Reserve Bank is supposed to be independent from the State. And for good reason. It should be free to operate from political interference. The fact that we have had an amendment to the RB Act which now allows the government to elect a political appointment to the Board already blurs the line. And now we have secret meetings by Shane Jones. Who is in charge of the RB? Is it a puppet of the Coalition? What happened to independence? Talk about mickey mouse. Absolute power corrupts absolutely (British politician Lord Acton)

I was just wondering, - having more power over RBNZ , is the government's goal lower or stronger NZD compared to USD . Thoughts?