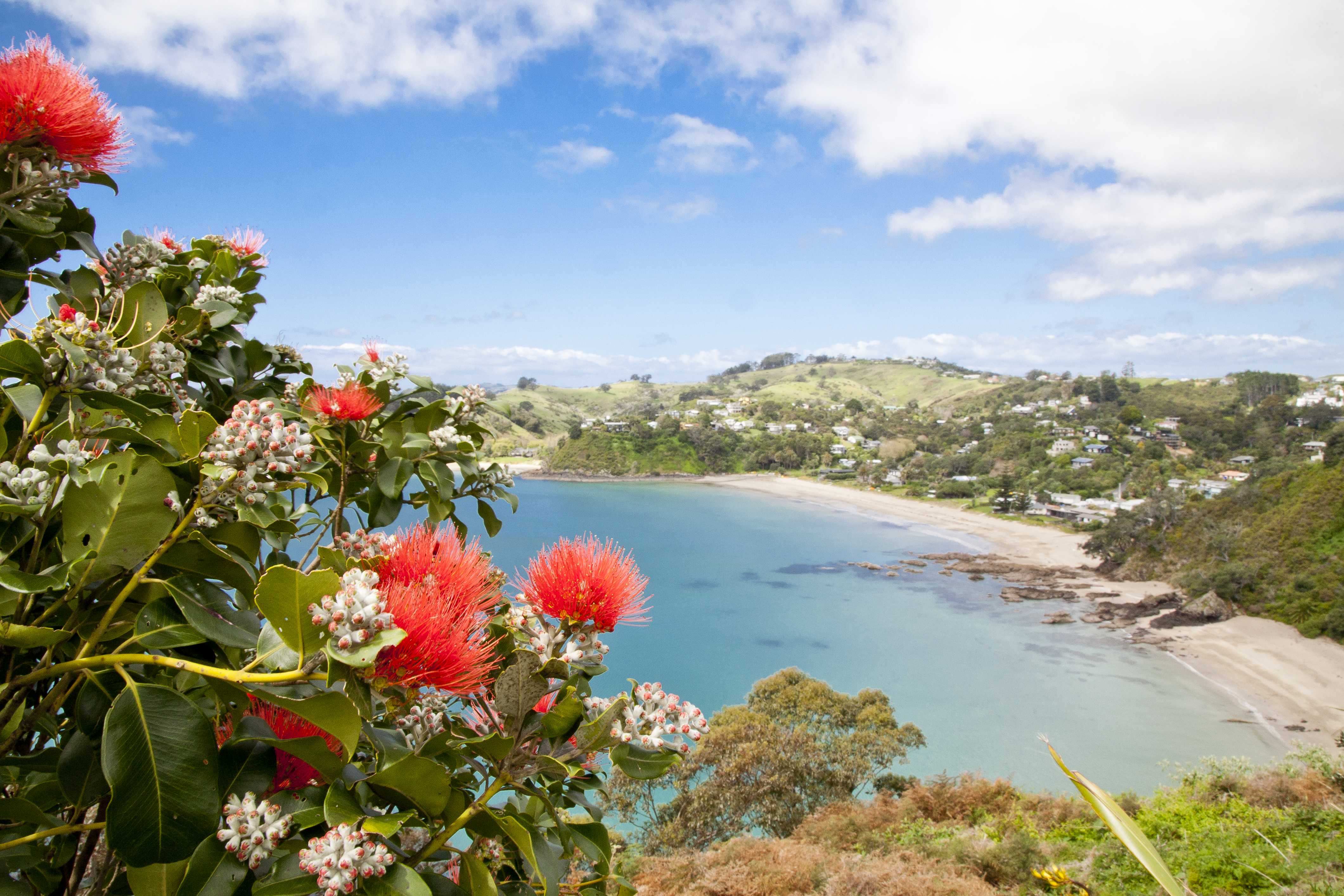 A director of Mainzeal Property and Construction was in the process of buying a Waiheke Island Vineyard to develop a hotel for Chinese Communist Party officials before the company went bust.

The development was being built on land owned by Isola Vineyards, formerly known as Waiheke Vineyards, and was supposed to have been funded with money from Mainzeal.

"The reference to the Waiheke winery related to Mr [Richard] Yan’s project to acquire vineyard interests on Waiheke Island so that it could be developed as a hotel for Chinese Communist Party officials, with cash used from Mainzeal’s accounts to assist the purchase," Justice Francis Cooke's judgment says.

That was before the construction company collapsed on Waitangi Day 2013 owing unsecured creditors around $110 million and secured creditor BNZ $11.3 million.

Companies Office records show Isola Vineyards was formed in 2010 and it went into liquidation in April last year. Richard and Tina Yan are listed as its sole directors.

Justice Cooke ruled that Mainzeal’s four former directors, including former Prime Minister Dame Jenny Shipley, who was the company's chairperson, Richard Ciliang Yan, Clive Tilby and Peter Gomm, were liable for $36 million in damages with Mainzeal having been insolvent from 2005 until its failure in 2013. He said that the company was only able to keep trading because it had used money owed to sub-contractors as its working capital.

Mainzeal’s liquidators had sued the directors alleging they had breached their duties under the Companies Act by allowing the company to continue trading while it was insolvent.

The ruling says that Mainzeal received assurances from Mr Yan that financial support would be provided when and if needed by Richina Pacific, a company associated with Yan and Shipley.

"In these circumstances, Mr Yan and the other directors are liable for breaches of their duties under section 135 (of the Companies Act). They caused or allowed Mainzeal to undertake business in a manner giving rise to a substantial risk of serious loss to creditors, being the very loss that eventuated.

"I have determined that the amount the directors should contribute to the deficiency in liquidation is $36 million, approximately one third of the total loss arising from the deficiency."

“The liquidators have confirmed that Isola’s assets include a remaining property in Onetangi Road valued at $1.9 million, 33,000 bottles of wine and $727,518 held in trust by Russell McVeagh.”

Law firm Chapman Tripp which is representing Shipley, Gomm and Tilby released the following brief statement after the release of the High Court decision:

"The Court’s basis for finding liability appears to have novel aspects which will require careful consideration. The directors will not comment further at this stage as they take advice and consider their options."

"It extracted amounts from Mainzeal by way of loan through vehicles that did not themselves have the ability to repay. This money was used by the Richina Pacific group for its considerable advantage — it was used to acquire assets in China that are now extremely valuable. By the end of 2009, the amount so borrowed, including interest, was over $42 million. Excluding the value of these loans from Mainzeal’s balance sheet meant that Mainzeal was insolvent, and was continuously so from 2005 through to its failure in 2013. The effective balance sheet deficit was very significant throughout that period."

At least the Pacific Islands and African Nations selling out to China are getting some Public value in terms of much needed infrastructure.

What are we selling out for....a private hotel.

We can't even do corruption right.

I know it’s only February and there is alot of 2019 left but i’m voting this for interest.co.nz comment of the year...

I don't quite the Richina part of this saga. Apparently it got rich and Mainzeal went broke. Does anybody have a good reference for that bit. I get the impression that Richina could have saved Mainzeal, but it saved it's money instead ? Is that Correct ?
Should we be expecting Winston to have some Chinese planes turned around until Richina fronts up and makes it right for Kiwi subcontractors.

An article yesterday stated that Yan took money from Mainzeal to buy some Leather Co in Shanghai, which is now worth 750mil? If that is the case, how could he not bring money back to save his CCCP hotel on WeiHeke Island?

Sounds like Dame Shipley was way out of her depth here. What was she thinking? Chinese Communist Party officials hobnobbing on Waiheke? What kind of signals does that send as a commercial venture? Who was paying for all this? The Chinese taxpayer?

And an Aussie bank.

A director of Mainzeal Property and Construction was in the process of buying a Waiheke Island Vineyard to develop a hotel for Chinese Communist Party officials before the company went bust.

Enough of controlling NZ by remote control. Now Chineese Communist Party need a base / office to operate to have more control.

Island in pacific including NZ is so small that Chinesse can buy it number of time and the process is on. It is a matter of time when it will be said that "Sun Never sets on Chinees Empire".

They will probably claim that it has always been part of the Chinese empire and put a military base and airfield on it.
Seriously? They must have absolutely no respect for our intelligence and sovereignty because the things that they are trying to, and getting away with are so "in your face" Clearly the people in high places that they have in their pocket are giving them the confidence to do these things. I still have heard no repudiation of this sort of behaviour from Labour and so I have no faith that they are any less corrupt than National.

They must have absolutely no respect for our intelligence and sovereignty because the things that they are trying to, and getting away with are so "in your face" Clearly the people in high places that they have in their pocket are giving them the confidence to do these things. I still have heard no repudiation of this sort of behaviour from Labour and so I have no faith that they are any less corrupt than National

Completey agree with your POV

“The liquidators have confirmed that Isola’s assets include a remaining property in Onetangi Road valued at $1.9 million, 33,000 bottles of wine and $727,518 held in trust by Russell McVeagh.”

I fail to see how to a property only worth $1.9 on this expensive island (how many m2 of land???) can be developed to a HOTEL exclusive to CCP officials.

The story does not stitch together.

$1.9million buys quite a lot of agricultural land on Waiheke.
Look for yourself - 76 Onetangi Road.

I am looking at the property.

I'd rather spend $$ to build a hotel at Onetangi beach water front area instead of on that property.

The story just does not stitch together.

Good luck securing the land to do so.
As you say, hotels need a good bit of that.

Yeah, I can see that stacking up nicely with the CCP's slogan of 'serving the people'.

On the domestic side of things, loving the MSM spin on Shipley's image being 'tarnished'. Not quite the wording I would use.

More ....
Shipley remains on the boards of milk and water exporter Oravida and the China Construction Bank, which she chairs
Judith "Oravida" Collins must be pleased
https://www.stuff.co.nz/business/industries/110889154/mainzeal-directors...

I think of her more as Judith "I hate swamps" Collins, and then just to amuse myself, I imagine her as the National Party leader in a coalition govt with a "blue-green" party led by Vernon Tava. I almost want it to happen, but not that much.

Don't know about the rest of you, but I have had it up to here with this country being reamed out by foreign crooks.

and the domestic ones also.

Oh yes, agreed plenty of homegrown tricky dickies for sure. But then again do we, or more correctly our government(s) allow if not, encourage this. For example, have we forgotten, Prime Minister Key. “ NZ is not a tax haven.” But when cornered, and as a result a bit of long overdue tightening up, all those Cayman like trusts were suddenly gone. Now exactly why did they come in the first place.

Even more reason to keep the foreign ones out

Have all the appeals finished?

In true Kiwi style the fine should drop on each successive appeal, until it is nothing more than a token payment.

Note the total silence of the FMA and Registrar of Companies

A very very good point, where were the regulators in pursuing this? The fact that this was a civil case funded by a commercial litigant is a stain on the FMA and RBNZ. How about a little less climate change and a bit more corporate governance, I'm pretty sure the sub-contractors are with me on this.

Just got to make sure you steal enough before the company goes under to pay your way out of jail and bankruptcy.

Does the stitch together-yes it is absolutely true that the Onetangi Road's Isola Estate -well away from the beach front or any sea views for that matter was where a boutique hotel concept was planned for. The 46000m2 size allowed for about 48 units to be constructed (4 units to a building if I recall the concept plan). Another similar development like this up along the grass air strip has never been financed either. Both developments have there origins around 2005.
If big developments like this were possible on the waterfront they would have long ago commenced. The Sands Apartment circa 2003 was the last major beachside development on the island. Many of the owners of those units do nightly holiday rentals.
On Waiheke the lack of reticulated sewerage and requirement for on site septic disposal is the savior beating back commercial over development. Yet today 809m2 remains the smallest residential section size -and legally restricted in most cases to a 2 bedroom house occupying on 15% site coverage.