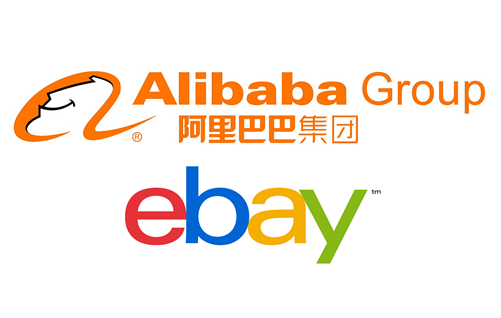 Representatives from eBay and Alibaba have travelled from the US and Australia to warn the Government they may be forced to temporarily cut their services to New Zealand if they aren’t given more time to comply with a proposed new law requiring them to pay GST.

Revenue Minister Stuart Nash wants to require offshore retailers and online marketplaces to register, collect, and return GST on goods worth less than $1000, which they sell to people in New Zealand.

Under the Taxation (Annual Rates for 2019–20, GST Offshore Supplier Registration, and Remedial Matters) Bill, GST will need to be paid from October 1.

Yet Alibaba and eBay say they need until April 1 2020 to update their systems to comply with the law.

In a joint written submission on the Bill, they said: “Without a postponement, there is a risk that globally significant internet-based services will have to be temporarily switched off for New Zealand customers until compliance can be achieved.”

They pointed out a similar law change in Australia took effect in July 2018 – a year after legislation was passed. Meanwhile the European Union was applying “more reasonable” timelines to its changes.

Members of the Finance and Expenditure Committee, who representatives from eBay and Alibaba presented their submission to in person on Wednesday, appeared sceptical.

Not as simple as rolling out Aus changes for NZ

eBay’s global head of indirect tax, Anitha Chakravarthi, explained the law would require the platform to interfere in the payment process between a buyer and a seller to collect the GST.

Asked by National MP Judith Collins why it would be so difficult to make such system changes by October, given they've been made to comply with Australian law, Chakravarthi said there were some differences between the regimes.

For example, while GST for Australia has to be applied on a consignment basis (IE on a basket of goods), New Zealand's proposal is for it be applied on an item-by-item basis.

Asked by National MP Ian McKelvie what would actually happen if the Government proceeded with its October 1 implementation date, Hudson said if in the “worst-case-scenario” Alibaba couldn’t comply, "other measures” would need to be taken.

The platforms could in theory absorb the costs of GST themselves until they get their systems set up.

While the proposed law change is aimed at evening the playing field between local and overseas retailers, it is expected to see $278 million of additional tax revenue collected by 2021/22.

Alibaba Group reported year-on-year revenue growth of 54% to US$12.4 billion in the September quarter.

Products from 400 New Zealand businesses (like Fonterra and Ecostore) are listed on its platform targeting the Chinese market.

eBay is best known by shoppers in New Zealand for providing access to international markets.

After the meeting, interest.co.nz asked Committee Chair Michael Wood whether he bought Hudson and Chakravarthi's argument around the need for more time.

He noted other submitters (like PwC) raised similiar concerns, but said: “I think that amongst some of the organisations that are frankly resistant to any change in this area, it can become a bit of an excuse to put it off…

“Equally, I think that most of the companies in this space know that change has to come. Even if they don’t want it, it’s going to happen…

“Australia implemented this recently. At the time they implemented, they had the same kinds of concerns and threats put about, and most of them didn’t materialise…

“But at the same time, we will seek advice to ensure that as we go ahead with this change, it’s done in a way that can actually be implemented.”

Nash said he’d asked officials to look into concerns around timing but noted these changes had been signalled a long time ago.

“I’ve asked officials, is this a valid reason or are they pulling the wool over our eyes?” he said.

Collins’ response to the submission was: “I took what I thought was possibly not meant as a threat, but it might’ve been a bit of a veiled threat, that our market is so small for eBay and Alibaba that it’s just not worth their while being bothered. I took that on board.

“That’s why I want to hear from Revenue about just how genuine this concern is.”

Yet Collins said the fact eBay and Alibaba are taking the matter seriously, by making an oral submission for example, “gives me some comfort that they aren’t just shutting off New Zealand”.

He said the legislation change had been well-signalled and large marketplaces had the capability to collect consumption taxes.

Harford said the Australian Tax Office had collected more than three times the amount of tax it had expected to from its GST rule changes, so there was no reason for New Zealand to delay.

He maintained the likes of eBay and Alibaba saw New Zealand as a growth market, so would take the matter seriously.

He acknowledged there would be some smaller online marketplaces that would find it difficult to get their systems up to speed by October, but noted that under the proposed law they’d only be responsible for collecting GST if the goods sold to New Zealand via their platforms were worth more than $60,000 a year.

For more on what the proposed law change means for New Zealand shoppers, see this story.

I don't think E-Bay is going to try and get GST from the 1000's of Chinese companies selling stuff for $10 or less. They are more likely to just ignore us or if we piss them off too much just disconnect us from E-Bay. We are such a small market its not worth the hassle for them. Very few of the back yard companies would be doing anything close to $60K and thier business is not the same as Amazon.

They can do what is required, just won't until they are made to. Time for New Zealand to get realistic about the hard cold world. Indicating to them they should does not work. There has to be enforcement.
That said it does seem the requirement is both complicated and weak. Perhaps it would be better to impose a 15% tobin tax on all cash transferred out of the country. That would be hard to evade and would also catch those internet businesses who extract payments from New Zealanders, for NZ activity, but don't have an actual presence here.

But the TWG said such a tax would be too easy to avoid. i don't know tht I believe it as there is insifficient detail as to why. MC seemed to be at least ideologically against it.

If the Government had half a clue, they would have implemented the same requirements as Australia, in order to piggy back of the work already done. But no, they had to have their own unique solution.

They - Aliexpress etc - may well 'collect' and remit a token amount of tax. The deeper issue is 'on what declared amount'. I'm sure I'm not alone on spotting text on some sale items which reads something like 'If shipping to EU or high-tax countries we will low-ball the purchase price'. Now who's gonna audit That?

If the government had half a clue it would be lonely.

... if this government had half a clue they would be 10 times less stupid and ridiculous than they currently are ...