MBIE is forecasting overseas visitor numbers to increase by 4% a year, with spending to increase somewhat faster than that, reaching $15 bln by 2025

MBIE is forecasting overseas visitor numbers to increase by 4% a year, with spending to increase somewhat faster than that, reaching $15 bln by 2025 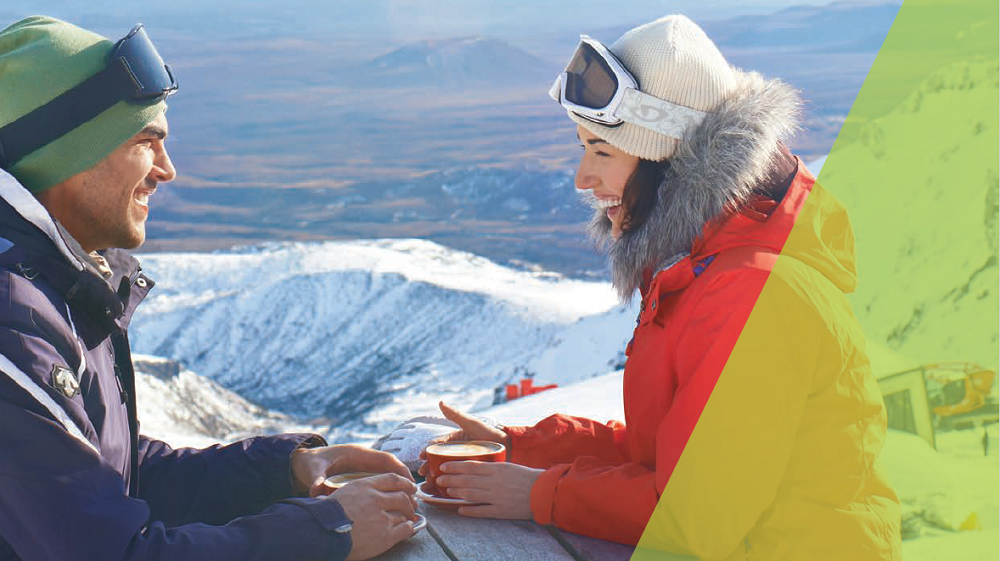 Visitors to New Zealand are forecast to grow by 4% a year between now and 2025, topping the 5 million mark, according to the Ministry of Business, Innovation & Employment.

MBIE is forecasting that the spending of these visitors will increase at a slightly faster rate and is expected to reach $15 billion, up from $11.2 billion last year.

According to MBIE the Christchurch mosque shootings are not expected to have any long-term impact on New Zealand’s attractiveness as a tourism destination. Also, the International Visitor Conservation and Tourism Levy is not expected to make a significant impact on forecast visitor arrivals or spend.

Australia is expected to remain the biggest source of visitors and of spending, though Chinese visitors are forecast to close the gap in terms of amount spent.

Australia provided 1.5 million visitors in 2018 and is expected to see average growth of 2.5% a year.

"Spend growth is forecast to grow at slightly higher than the growth of visitor numbers, suggesting that spend per visitor will increase. Australia is currently the largest market by spend, and will remain although Chinese spend will reduce the gap by 2025," MBIE says.

MBIE says any forecast will involve uncertainty and its tourism forecasts are no exception.

"The published results only show a set of point estimates, which can be thought of as weighted-average values of possible outcomes from our forecast models. There is a wide range of uncertainty for those point estimates. Countries that have relatively few visitors to New Zealand, or have volatile or unstable visitor growth patterns, reveal greater levels of uncertainty around their forecasts."

Unfortunately, 4,999,000 of them will be freedom campers.. more shxt on side roads and local waterways!

Yep. Freedom campers don't contribute enough. So, forget the F.A.R.T. tax, why not a proposal for Convenience, Relief And Poop tax?

That was exactly my thought as I read the headline. Someone needs to go into the portaloo business!

Shite...that is quite expensive .not....A tax on methane, plus bottle it, will give this World a better rate of return.......might leave us a better planet and a Country worth visiting for future Generations. As long as they pay their way for a change, instead of dumping 12 million cows on us all. ..for little return. We could farm tourists, for a better rate of return, plus a brighter future. I suggest going large, go for broke...import all man-kind.
The streams might be drinkable, potable water is worth more than a dollar a kilo, if marketed well to rich suckers. But the suckers would have to sail here, not get fly-buys and we could indulge em by charging them heaps more on the journey..but only cater for vegans, all Dairy Free.......Plus if we called em ships...Titanic one two or three and counting, a better rate of return, as only one inward journey and nothing to talk crap about, after.
New Zealand used to be a nice place...now it is full of merde and French droppings....in fields and by the road side.....get with the program..
Go upmarket...only cater for Politicians, they can talk merde for ages and achieve nowt....much better value for money, I know...We pay for em....Maybe we should all go Dairy Free instead, then we would not have to ship out our merde and produce luxury vegies instead and cut down on incoming human waste and beings and live a long and much less productive life, wasted and working for nowt except importing people to keep our Houses afloat. A thing of even greater Titanic proportions...than my suggested remedy....hence no need for selling oursouls to Tourists and immigrants alike.......whatsoever.
Sharks would have a Field Day...Save the seaways too. ..fish might recover....and not a plastic bag, nor a toilet roll over here...required. I think I could sell this to our MP's and MPIE's...what do ya...thunk....and not a Kiwi Builder...in Site. We could make America Great again....Get Trump to build them Ships.....a never ending rate of no returns.....something I think he is used....to.

We need to be realistic about the cost's to our infrastructure and apply a substantive charge at the border or similar to pay for it.

Why? The current model of "privatizing profits from tourism and permanent migration while socializing costs arising from these" seems to be working perfectly for the nation. At least, both our major parties wants us to believe so.

Anything else prompts indignant squeals of "Taxinda! Communism!" so it must be right.

What impact will the Climate Change Response (Zero Carbon) Act have on the cost of international air travel to NZ?

Google: ""CO2 emissions from a Boeing 737-400 of 115 g per passenger km"" so taking Singapore as an average flight (8412km) that equates to 0.97metric tonnes. Lets assume the country of origin will be paying for emissions on their return journey.
Compare this with the annual emissions of the average New Zealander 7.7metric tonnes and it is a significant contribution to NZ for carbon credits [unless we can cull cows faster than planned or grow more trees than expected]. It seems reasonable to guess tourists use more fossil fuel than natives while holidaying.
Does the govt ever check if a future tourist may be more cost than revenue?

I don't know about this tree planting business - I read a thing the other day that calculated that if every spare bit of land on earth was planted with trees it would take care of 10 years of global emissions. Then what?

Are you implying the zero carbon group are fudging figures to get to zero? They certainly are very coy about the emission costs of tourism.

No, I just wonder about the logic of using trees to offset CO2 emissions. For one thing, we need to reduce the amount of CO2 in the atmosphere, so planting trees could do that provided we stopped burning more fossil fuels (and is the only way we know how to do it at present). And two, it's not going to take long before all the spare land for planting is used up.

Never been to Queenstown. Between the price of the airfares, the accommodation and rental cars it's just too much for the average Kiwi.

You should have gone 30 years ago – was quite a nice spot – and relatively affordable.

Last year did this and loved it - fly into Dunedin – enjoy the drive to Alexandra – Airbnb there and use it as a base.

Where are people going to be housed?

Certainly, we can expect house prices to rise in the medium/long term.

Wait a few years, it does boom/bust a lot. Trendiness in ski-resorts tends to be fickle. When demand is high they are really hot, because when land's constrained (between mountains) new construction is difficult so housing price soars. When the demand cools, the falls can be dramatic.

dont bother - the best of it was 20years ago

So many emissions... funny how tourism gets a free pass.

The Dutch are trying to manage tourism, not simply crow about "how great the country is" and tourist spend.

There is a full blown housing crash going on in Australia, home owners wont be taking overseas holidays any time soon, and if they do, it wont be to hideously expensive places like NZ but to cheap destinations like Bali and Vietnam. Chinese tourist numbers have been dropping off for both NZ and Australia, because the Chinese face restrictions on taking capital out of the country, their own high domestic debt issues, and travel bans being implemented on people with poor "social credit ratings". Plus apparently Europe is hot right now.
The drop off has got nothing to do with the Christchurch shooting, something I suspect MBIE will find out when the April figures come in.

So I'll say there's a 75% chance there is no air-delivered tourism by 2050. Until they deteriorate, there will be a lot of kiwi-funded great walks for us all - less crowded. Mind you, we might have been invaded and wiped out.....

Someone on the loony left will decide that its best for the environment to ban airplanes. That should fix the "climate emergency" that hysterics are declaring around the country.

The debate about limiting tourism is raging with the public are supporting it I think. We have yet to work out how to do it, and luddite business will try to sabotage any limit.
But limits will come.