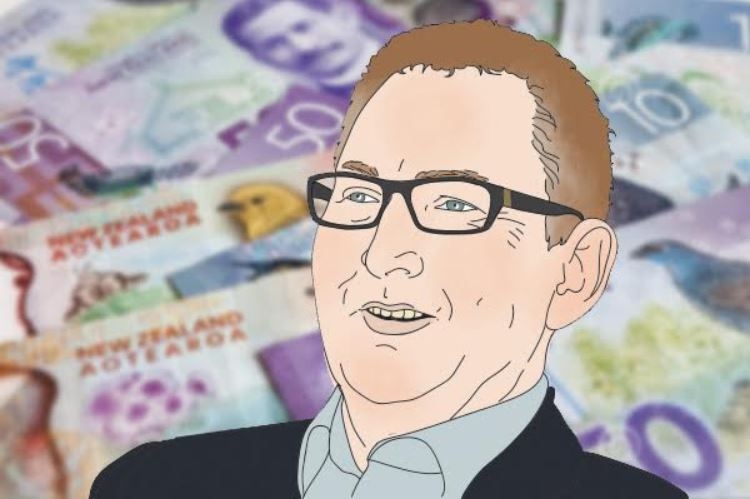 As the war over how much more capital banks should be made to hold rages on, Macquarie Wealth Management analysts are flagging concerns over insurers facing a similar scenario.

The Reserve Bank (RBNZ), in its May Financial Stability Report (FSR), announced it was going to consider whether insurers should be made to maintain solvency buffers above their minimum solvency capital requirements.

Insurance Council of New Zealand chief executive, Tim Grafton, wasn’t surprised by the RBNZ's comments, given it’s in the process of trying to strengthen banks by making them hold more capital.

The RBNZ in 2016 also started reviewing the Insurance (Prudential Supervision) Act 2010, but put this work on hold in April last year due to it being too busy.

The Act outlines the tools the RBNZ has to regulate insurers’ solvency. Specific solvency standards are dealt with in secondary legislation.

The terms of reference for the review of the Act said looking at solvency standards was out of scope, but depending on where the RBNZ landed with the review, they could be reassessed.

However the RBNZ, in its FSR, specifically said it would review these standards when it resumed its review of the Act. It told interest.co.nz this would happen in the next financial year, which begins on July 1.

‘We’ve seen this movie before’

They entitled their report, “We’ve seen this movie before”.

Anyone watching what’s become quite a public brawl between the RBNZ and some of the big banks, would call this movie a drama.

RBNZ Governor Adrian Orr has for example fired shots at those who have supposedly overstated the extent to which banks would pass on the costs of having to hold more capital to their customers by restricting lending, charging borrowers more and paying savers less.

Against this backdrop, Macquarie warned increased solvency capital requirements for insurers would drive some companies out of the New Zealand market.

It believed life insurers, as well as general insurers headquartered outside of New Zealand or Australia, would be hardest hit.

Meanwhile IAG, Suncorp and Tower - all of which are headquartered in this part of the world and dominate the general insurance market - “have the least to fear” because they have “strong excess capital positions at the group level”. 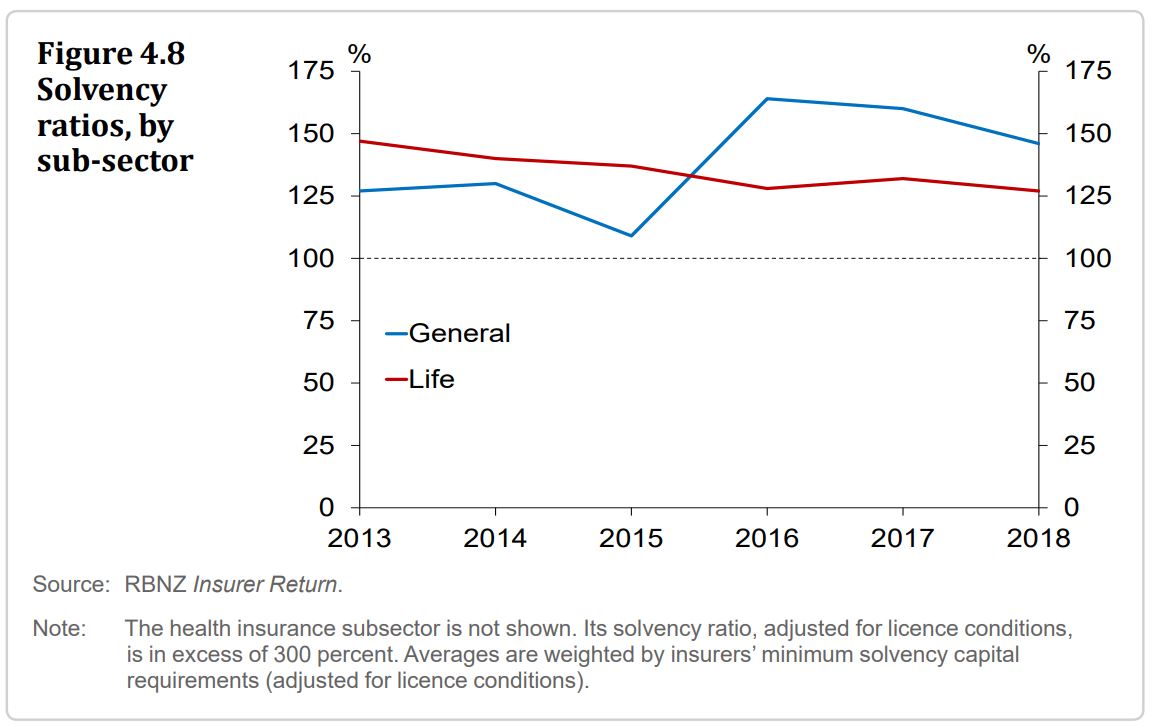 It pointed out the fact New Zealand’s capital standards for general insurers are already “the strictest in the world”.

Changes were phased in following the 2011 Canterbury earthquake, requiring insurers to have enough capital to withstand a 1 in 1000-year event - up from a 1 in 500-year event.

Macquarie observed there was no correlation between insurers’ solvency ratios and their credit ratings.

A case for more resilience

The RBNZ, in its FSR, hinted at making a case in support of requiring insurers to have buffers above their minimum solvency capital requirements.

It said it was concerned the solvency of New Zealand’s insurance sector was falling, despite the sector being profitable.

“Overall, solvency ratios have fallen for larger insurers but held steady or increased for smaller insurers,” it said.

“Some insurers should increase their solvency ratios to improve their resilience to financial shocks.” 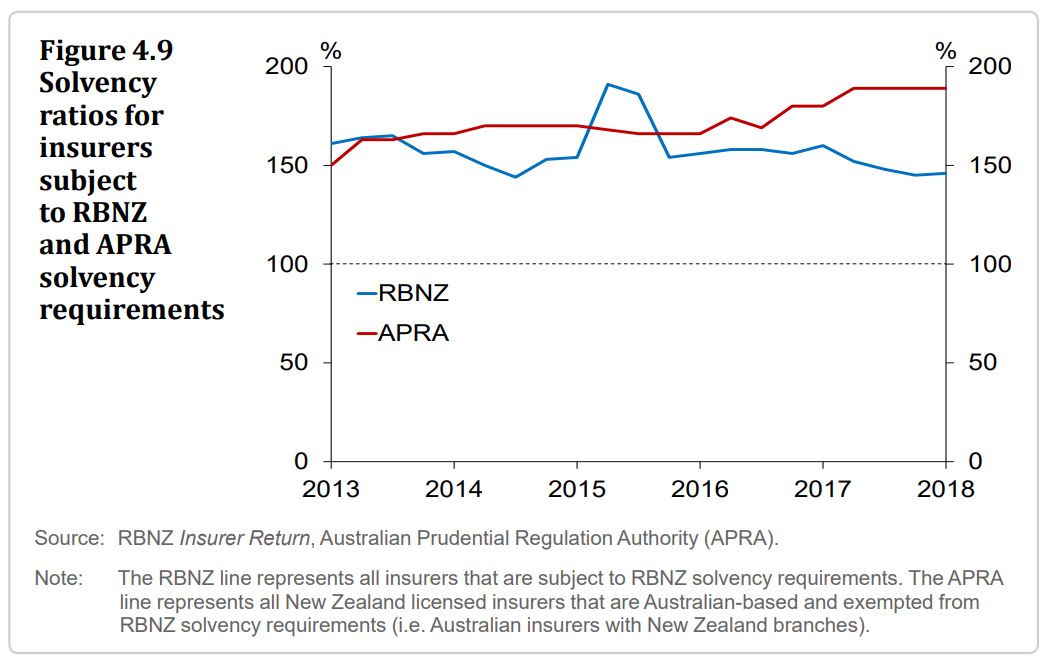 “The Reserve Bank will consider the case for requiring insurers to maintain solvency buffers in New Zealand as part of a forthcoming review of the Insurance (Prudential Supervision) Act 2010,” the RBNZ said.

It also said findings from the review underway around its licensing and supervision of the failed company, CBL Insurance, would feed into the review of the Act/solvency standards.

Should just be a normal business decision, shouldn't it. Insurance company's would expect the public to give full disclose of the risks

Caught 5 minutes of Cold Case on TV 1 last night.
Couldn't believe how close to the high tide mark some of the houses were at Port Waikato.The shore line apparently had changed dramatically since the killing.
I wonder what their insurance costs are.