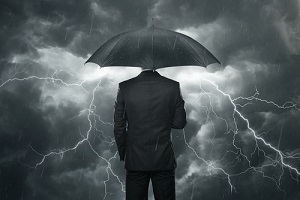 New Zealand’s relatively insulted from a major sovereign credit rating downgrade in the event of a natural disaster, according to Standard & Poor’s.

In its new report, ‘Storm Alert: Natural Disasters Can Damage Sovereign Creditworthiness’, the rating agency says our high level of general insurance cover means our credit rating won’t dive if we were to suffer another major natural disaster.

With insurance protecting 70% of our assets, S&P predicts a one in 250-year earthquake will see our credit rating drop just over a half a notch.

This downgrade is the 20th largest of the 48 countries S&P analysed, with risks being higher for lower income countries.

S&P identifies the Dominican Republic as the country likely to suffer the greatest credit rating downgrade. A one in 250-year tropical cyclone could send its credit rating down over 2.5 notches, with only 5% of its assets covered by insurance.

The Dominican Republic is followed by Chile, Bangladesh and Japan, which have 30%, 5% and 15% of their assets insured respectively.

S&P classifies France as the country with the highest level of general insurance cover, at 80%. Its credit rating is hardly expected to be affected by a disaster.

Sovereign credit ratings indicate the credit-worthiness of a country to investors, so a major downgrade risks sparking investors to sell up, get out and hamper the economy and exchange rate.

S&P argues, “The insurance industry's reimbursement of insured losses accelerates the restoration of the damaged assets, especially productive capacity and infrastructure, which in turn reduces indirect economic losses in the period following the disaster.

“In absence of insurance coverage, the cost of reconstruction falls fully on property owners and their capacity to shoulder the reconstruction.

The agency adds, “If insured losses are shouldered by the private sector, government spending on reconstruction efforts may be lower and better targeted”.

S&P points out that nearly 80% of the economic losses from the 2010/11 Canterbury quakes were paid for by insurance. It says we have the Earthquake Commission, which provides cover for residential assets, largely to thank for this.

It downgraded New Zealand’s credit rating from AA+ to AA in September 2011 following the Canterbury earthquakes.

However it says the quakes weren’t the sole driver behind the downgrade.

“The downgrade of New Zealand to AA followed our assessment of the likelihood that New Zealand's external position will deteriorate further at a time when the country's fiscal settings have been weakened by earthquake-related spending pressures and fiscal stimulus to support growth."

“Specifically we view it as likely that storms and floods will become more frequent and more severe as the average global temperature rises and weather patterns shift.

“Before long, this could lead to an upward revision of the damage caused by one-in-250-year catastrophes, and thereby also result in a stronger hit to ratings than suggested in this report.

“We expect that climate change-induced intensification of the frequency and severity of natural disasters would hurt the ratings on poorer sovereigns the most, adding to global ratings inequality.”

Climate change will eventually cause the retreat of insurance companies from huge swathes of the economy as financial losses become unbearable and premiums unaffordable. It has already begun:

Of course in some ways sueing the oil industry when we will desperately need energy in the future as peak oil bites seem like shooting yourself in the foot.

So is there any actual evidence that the number of natural disasters have increased in the last ten, twenty or thirty years? Assuming we're talking storms here.
My understanding is that there isn't, but I guess if you repeat a lie often enough it becomes accepted.

Er..the interweb would be a good place to start. Try Googling.

Yea I did. And apart from 2005 when there was an unusually high number of catagory 5 hurricanes, storm numbers and energy have been relatively stable over a long period.

"It has been 117 months since a major hurricane, defined as a Category 3 or above, has made landfall in the continental United States, according to 2015 data from the Hurricane Research Division of the National Oceanic and Atmospheric Administration (NOAA).

This is the longest span of time in which no major hurricane has struck the mainland U.S. in NOAA hurricane records going back to 1851."

That is a good read. I guess the point where its so expensive that its better to be uninsured, is the point the insurers will need to find. Insurer's are already driving council policy re the recent inundation zones in ChCh.