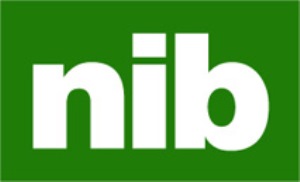 New Zealand’s second largest health insurer is sitting pretty, having acquired 20,000 policies after buying the medical insurance book of ANZ’s OnePath for A$22.5 million in December.

Since entering the New Zealand market by acquiring Tower Medical Insurance - New Zealand’s second largest health insurer - in November 2012, nib NZ has grown its business to the point it provides health insurance to more than 200,000 people, and has 15% market share.

To put this in context, Southern Cross Health Society has a market share of around 61%.

Yet it appears nib New Zealand may be taking a breather.

Taking the OnePath business out of the equation, its net policyholders grew by 4%. Of this, there was only 0.5% net growth in the second half of the 2016 financial year.

Nib says: “A key part of the transaction is the distribution agreement between nib and ANZ, where nib will distribute its health insurance products through ANZ’s network of wealth specialists.”

Some of the 4% policyholder growth will be derived from these initiatives, with nib saying: “We expect to expand this ‘whitelabel’ channel during FY17 with other well-known New Zealand brands.”

Nib NZ's chief executive has previously told Interest.co.nz, the company sees opportunity deepening its reach into the New Zealand health insurance market during a time of “decline”, with only 30% of New Zealanders covered by private health insurance.

Yet the results show nib’s growth is coming at a cost. Its acquisition costs, management costs and claims handling expenses all increased over the year.

“Overall, New Zealand continues to deliver on the targets set when we acquired the business,” it concludes.

“For FY17 and beyond we expect profitability to further improve through organic growth and increased scale.”

Looking at the nib Group, which is largely made up of Australian policyholders, its revenue was up 14% to A$1.9 billion, underlying operating profit up almost 50% to A$132.0 million, and net profit after tax up 22% to A$91.8 million.