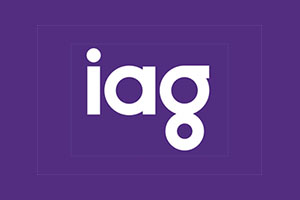 Tax benefits enjoyed by New Zealand’s largest general insurer thanks to the Canterbury earthquakes appear to have come to an end.

Insurance Australia Group’s (IAG) tax expense increased by nearly A$100 million to A$218 million in the year to June 2106. Its effective tax rate (pre-amortisation) doubled over the year to 22.3%.

The insurer identifies this as one of the main factors that contributed to its profit after tax falling 14% to A$625 million.

So why the spike in tax?

A large chunk of the reinsurance IAG has received for the Canterbury earthquakes has passed through its Singaporean company, IAG Re Singapore, first.

IAG therefore pays tax on these reinsurance recoveries in Singapore - at a low tax rate - rather than in New Zealand.

The report says: “This unusually low tax rate largely reflects reinsurance recoveries recognised in the period which relate to the 2010 and 2011 Canterbury earthquake events in New Zealand.

“A substantial portion of these recoveries is recorded by the Group’s captive vehicle in the lower tax jurisdiction of Singapore.”

A year on, the Group’s tax expense has jumped back up to A$218 million.

Its 2016 Annual Report confirms this follows a “significantly reduced favourable effect from earthquake recoveries in a lower tax jurisdiction”.

It goes on to say: “It is IAG’s expectation that the effective tax rate will return to a more typical level, in the high 20s, in future periods.”

The impact of the tax on quake reinsurance recoveries is significant, given IAG’s New Zealand division only makes up 19% of the Group’s gross written premium.

Asked to explain the set-up in more detail, an IAG spokesperson says: “IAG disputes that the Singapore captive was ‘used’ to reduce tax costs since the Canterbury earthquakes, though it was a consequence of the higher levels of recoveries flowing as a result of the earthquakes.

“The subsidiary in Singapore was not set up to reduce our tax costs, but to enable centralised and more efficient purchase of reinsurance cover for our non-Australian operations, including New Zealand.

“Since its establishment, the local tax rate has reduced as the Singapore government seeks to promote the local reinsurance industry.

“IAG’s lower than normal effective tax rate in 2015 and 2016 reflects reinsurance recoveries in respect of the Canterbury earthquakes being taxed at this lower rate.

“A favourable tax effect from earthquake-related reinsurance recoveries only occurs in a period in which we increase our gross reserving and it falls within the reinsurance cover provided by the offshore captive. There was no such increase in the second half of FY16, hence no effect in that six months.

“Also, the level of gross reserve increase was greater in FY15 compared to FY16, explaining the larger beneficial tax effect.”

In other words, the amount of tax IAG pays in New Zealand will return to ‘normal’, as it moves from ‘crisis’ to ‘business as usual’ mode.

IAG has declined to comment on how much tax it has paid in New Zealand in dollar and cents terms since 2011.

How do the numbers tell the story?

You can see the mechanics of the situation by comparing the performance of IAG’s New Zealand division as denoted in its Group results, with the results of IAG (NZ) Holdings Ltd.

IAG (NZ) Holdings Ltd is the New Zealand legal entity that holds its insurance licence. Its results are audited and reported to the New Zealand Companies Office and Inland Revenue. Note its 2016 results haven’t been published yet.

While at a Group level, IAG has been reporting that its NZ division has been making profits since the Canterbury quakes, IAG (NZ) Holdings Ltd has been suffering losses.

IAG (NZ) Holdings Ltd has accordingly recognised NZ$545 million in income tax credits between 2011 and 2015 from the New Zealand Government.

IAG puts this down to the “application of our Group reinsurance programme”.

“This reflects the higher level of reinsurance recovery available under the Group programme, compared to that acquired at a local New Zealand level, across the period of the successive earthquakes in Canterbury,” an IAG spokesperson says.

In other words, IAG (NZ) Holdings Ltd has used up all its reinsurance for the February 2011 quake, so it’s tapped into the Group’s reinsurance.

When looking at IAG’s New Zealand business at a Group level, it’s covered by the Group’s reinsurance, so its bottom line looks healthy.

But in reality, this additional reinsurance from the Group isn’t transferred to IAG (NZ) Holdings as ‘reinsurance recoveries’, which would be taxable revenue.

Rather, IAG (NZ) Holdings Ltd offers its Australian parent shares, which means it gets the funds it needs as capital. This isn’t considered income, so doesn’t affect the company’s profitability and isn’t taxed.

This is where its Singaporean entity comes in handy.

The Singaporean company receives the reinsurance as revenue, and is taxed at Singapore’s lower rate, before the funds are passed on to the Group.

The structure of IAG’s reinsurance means that during a time of crisis, when taxpayers are forking out billions of dollars to recover from a string of earthquakes, it can enhance its tax savings.

Yes, the scale of the Canterbury earthquakes were unprecedented, so you’d expect an insurance company to suffer losses and thus receive tax credits.

But the IAG Group has reported its NZ division has made a total profit of A$629 million since the Canterbury earthquakes.

IAG Re Singapore reported after tax net profit of S$197 million in the 2015 calendar year. It reported transferring S$700 million to its shareholder fund.

There’s nothing illegal about what IAG is doing.

IAG (NZ) Holdings Ltd reports to the Reserve Bank of New Zealand, which is responsible for making sure the company meets its solvency standards, and the IRD, which can’t comment on its tax affairs.

The point of contention is whether it’s ethical for IAG to channel its funds through a tax-friendly jurisdiction in such a way that it overstates its losses in New Zealand and reduces its tax expense.

The pinch is that it has used the Canterbury earthquakes to justify its move to hike premiums.

Google for example has come under fire for booking the income it earns from advertising in Australia, as 'revenue' in Singapore, to avoid paying more tax on this income in Australia.

The Sydney Morning Herald earlier this year reported: "Google is among a number of technology companies - including Apple, Microsoft, BHP Billiton and Rio Tinto - that are under audit by the Australian Taxation Office for their use of marketing hubs in Singapore."

Wilson Parking, which has been embroiled in the Panama Papers, also has its parent company registered in Singapore.

Against this backdrop, there's more to the fact IAG's tax expense nearly doubled in the 2016 financial year.

The structure of its "reinsurance programme" is a symptom of our tax system, which essentially allows corporates to avoid paying tax in the jurisdictions they earn income.

The million dollar question is, how can authorities around the world reach a consensus to do something about it?

Just to clarify - this article implies that IAG (NZ)'s declared profit in NZ is not the $629 mil the Group is reporting? If that is the case then why isn't the IRD taking a closer look? The article is also suggesting the Government is complicit in this? So the Government is happy for large international corporations to rip off the tax payer here? Can we bring the election forward? These corrupt bunnies have to go!

I rather think that we need to level the playing field here. The various perks and tweaks available to the business community should be extended to individuals. Or be removed.

I am sure that many people are becoming sick of subsidizing the profits of the morally corrupt.

This is all good news. Imagine if IAG didn't have the protection of their group reinsurance programme. We wouldn't be discussing the subtleties of inter-country tax offsets in the aftermath of that corporate failure.