Insurers urge those affected by the quakes to document damage, lodge claims with EQC in the first instance, and be assured there's money in the kitty to cover the costs

Insurance
Insurers urge those affected by the quakes to document damage, lodge claims with EQC in the first instance, and be assured there's money in the kitty to cover the costs 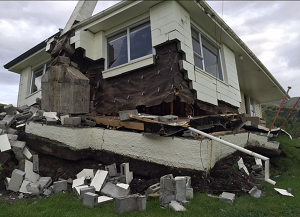 The insurance industry is advising people to document damage caused by the series of the earthquakes that have rattled parts of the South Island and lower North Island since midnight Sunday night.

A magnitude 7.5 quake centred near Hanmer Springs and a string of strong aftershocks, have killed two people and caused widespread damage, particularly in Kaikoura, Blenheim and Wellington.

Having spoken to the Insurance Council of New Zealand (ICNZ), and received updates from the Earthquake Commission (EQC), Insurance and Financial Services Ombudsman and Vero, interest.co.nz has the following tips for those affected by the quakes:

The ICNZ’s chief executive Tim Grafton says the extent of quake damage, and thus the cost to insurers, will be unknown for “some weeks”.

Having walked around the CBD of Wellington his morning, he says a lot of the damage appears cosmetic but there are risks around the structures of buildings not yet quake strengthened.

He says insurers are “in good stead”, so people shouldn’t be concerned about there not be enough money in the kitty to pay for claims following the 2010/11 Canterbury quakes.

The Reserve Bank requires insurers to hold sufficient capital to withstand a one in 1000 year event.

Although “severe”, Grafton says the series of quakes have “not triggered anything to those levels” and he’s confident in the insurance industry’s ability to meet its commitments.

While private insurers ran out of regular reinsurance cover for the February 2011 quakes, so have up until the past year had to buy expensive additional cover, the quakes overnight are separate events, so will trigger separate reinsurance cover.

As for the financial capability of EQC, Grafton this morning told Radio New Zealand he isn’t concerned about this either.

“Yes there’s a National Disaster Fund - that’s starting to build up with a few hundred million dollars in it. But over and above that, EQC purchases reinsurance cover to the tune of a few billion dollars...

“Although it’s too early to assess damage at the moment, I would be very confident there would be plenty of money in the kitty. And obviously as a backup, the Government is always there as well.”

Tower shares are down over 8%.

Yes & if you have watched the trading pattern over the last month or so there is quite a bit of nominee activity, probably in fact inter party trading, that has been just sufficient to prop up the Tower share price. Funny that!
And then of course no general meeting for shareholders to attend. Hide behind the web curtain instead. Adios dividends one would suppose. Of course if the loquacious Mr Grafton oh behalf of his Council could just guarantee Tower's solvency instead of just alluding to it in articles such as this, that might really restore shareholder & policy holder confidence.

Well at least the monstrous premium increases we are bound to see will make the inflation rate look better.