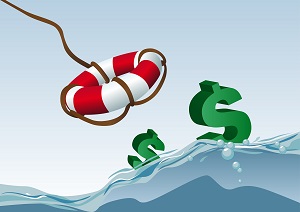 Six years on from the Canterbury earthquakes and taxpayers are still being called upon to pay for the AMI bailout.

Treasury in 2012 believed the Government would have to fork out $98 million to rescue the failed insurer.

Yet the Government in its latest Budget allocated another $250 million towards Southern Response - the entity formed to take care of AMI’s quake-related claims - bringing the total bill up to $1.25 billion.

Since the quakes, the Reserve Bank of New Zealand (RBNZ) beefed up its regulation of the insurance sector, requiring insurers to hold more capital.

But what’s to say the string of North Canterbury earthquakes won’t see another insurer, still recovering from 2010/11, collapse? Or that another major earthquake won’t be the straw that breaks the camel’s back?

Will policyholders simply rank as unsecured claimants on the balance sheets of their insurers, and be made to wait months to get something from their insurer’s liquidator?

Will taxpayers need to swoop in to the rescue once again?

Policyholder compensation key to protecting both insureds and taxpayers

A financial consultant who has done work for insurers, banks, financial services firms, regulators and organisations like the International Monetary Fund (IMF), maintains the introduction of a policyholder compensation scheme in New Zealand will prevent another AMI situation from occurring.

Speaking to interest.co.nz at the Insurance Council of New Zealand’s annual conference last week, Geof Mortlock said it’s high time New Zealand followed in the footsteps of Australia, Britain, Europe and much of Asia, by introducing a scheme that essentially protects policyholders in the event of their insurer collapsing.

Under a policyholder compensation scheme, insurers pay levies to build up a fund that can be used to pay out claimants if their insurer goes bust.

“So the policyholder gets out the full amount of their claim, or ‘x’ percent. They get paid very quickly and it takes all of the trauma out of it for them,” Mortlock says.

“It also takes the political headlines away and makes it much less likely that governments are going to get pressured to do some sort of bailout.”

Impact on premiums not major

Being industry funded, he says the scheme will likely be priced into insurance policies, so customers who would like the backup of the scheme may need to pay for it.

However Mortlock says: “The experience that we’ve seen [from around the world] is that it hasn’t increased premiums terribly much.”

He says it largely depends on the model of the policyholder compensation scheme, as to what cost falls on whom.

Furthermore, policyholder compensation schemes give insureds cover under their existing policies for a period of time (ie three months) after their insurer fails, giving them time to shop around for replacement cover.

Currently, if your insurer goes bust, Mortlock says you are “thrown into a void where you’ve got no cover at all, until you can buy cover, which then creates this window of risk”.

“The Australian government had to do a quick and dirty deal to provide continued protection.”

IMF expected to suggest policyholder compensation be introduced ‘down the line’

While the Australian Prudential Regulation Authority coordinates Australia’s policyholder compensation scheme, Mortlock says it doesn’t have to be run by the regulator.

For example, it could be the RBNZ, a subsidiary created under it, or a completely separate entity.

Mortlock believes the IMF, as a part of the major review it’s currently doing of New Zealand’s financial market regulation, will suggest such a scheme be introduced in the medium term.

The findings of the IMF’s review, which was last undertaken in 2003/4, are expected to be published at the beginning of next year.

Mortlock likens policyholder compensation to bank deposit insurance, which he believes the IMF will be pushing New Zealand to take up.

“That is another huge gap in our framework... Currently, when a bank fails, we have nothing that enables an ordinary depositor to get their money out quickly. That creates a greater risk of people running on a bank in a bank distress situation.”

Higher capital requirements not the answer

As for the insurance industry, Mortlock believes it will take to a policyholder compensation scheme “rather cautiously”.

“Their view would probably be: ‘We’ve managed all these decades without it. Do we really need it?’”

Mortlock’s rationale is: “If we don’t have it, what is the risk that the Government gets drawn into doing a bailout of an insurer and then tightens regulation even further, with ongoing costs to the industry? Or maybe brings in a more expensive scheme?”

He sees a policyholder compensation scheme as low cost and not “a major impost on the industry”.

Asked whether he believes the RBNZ’s new capital requirements are robust enough to substantially reduce the likelihood of an insurer going bust, Mortlock says: “It would have to be an extremely high capital requirement for there to be a close to zero default risk.

“The efficacy costs of that are huge. The capital requirements are already quite high, but if you jack them up even more, you’re going to be stymying the ability of an insurer to do what they have to do, which is underwrite.”

More broadly speaking, Mortlock would also like to see the RBNZ require insurers to disclose more to their policyholders and shareholders, by ensuring their reporting (in their annual reports for example) is more “granular and risk-based”.

He would also like the RBNZ to set up a dashboard of financial indicators for insurers, as it is proposing to do for banks.

Having some form of standardisation will take away the fogginess around insurers’ financial positions.

Altogether, Mortlock believes more transparency would also force directors to proactivity respond to any issues or concerns raised by the public, so they don’t get into situations where they have to be defensive to the media.

Here's an idea - because there is a policyholder compensation scheme in place, let's set up an insurance company and go skinny on reinsurance so we can be more 'competitive' and grab lots of market share. We could call it, let's see ..... how about AMI !
And as brokers, who needs to consider insurer solvency anymore - place all your clients with ISIS insurance co of Aleppo Ltd.

I recently asked the RB what would happen in the event of the failure of one of big Australian banks as a result of an event in Australia,or external to NZ. Would the assets of its NZ subsidiary be ring-fenced,or would it be dragged into the collapse of the parent company?
The answer was that the assets of the bank here would be ring-fenced. I am now trying to ascertain whether I as a NZ citizen and resident,could open account with my bank in Australia which would be covered by their deposit guarantee scheme.does anyone have the answer?

So this would effectively mean a compulsory insurance scheme to cover your insurance. So similar to alluded to above you would have no reason to pick the most stable company just go to the lowest.
Worked for AMI customers I guess.

The AMI example is all you need. They didn't reinsure adequately. Reinsurance is what it is all about, and there should be quite draconian requirements on the companies to be sure they do it properly.
If the insurance companies I use have inadequate reinsurance and at a big event I am not covered, it should be a criminal offence. The CEO and board should be led away in handcuffs. It's that important.
I see the Government is there to make good rules, they are not there to chip in cash every time it happens.

Couldn't agree more. The Director at AMI who oversaw the "Risk" sub committee resigned less than a week after the February 2011 earthquake and walked away without a question asked. The rest of the Board then went straight to the taxpayer for a handout and the rest is history. NONE of the Directors have ever been questioned, let alone held to account. Surely the actions of the Board of Directors is the starting point?

That is assuming the board was involved in the decision on whether it might be prudent to review reinsurance arrangements after September 10.
And if they were involved in this decision ( as they should have been), what was the quality of actuarial, seismological, loss estimate, damage pattern and other technical information provided to them by AMI management?
Was the culture a healthy one where the risk committee was empowered to ask searching questions independently of the executive and have real influence over the extent to which their views drove change, or was it subservient , disempowered and politicised?
We will likely never know and these questions probably only of academic interest now but it does have the feel of some having evaded real accountability.

Well I guess the answer to their old advertising catchphrase "Am I insured?" was a resounding "No." then.

Aside from Tower and some minnows, the only two domestic insurers left are IAG and Suncorp. Both Aussie giants with deep pockets and monstrous reinsurance programs. Neither required a government bailout in the most expensive disaster Australasia has experienced.
So, effectively, the proposed scheme would be mainly about Tower or perhaps a general concern the two biggies might stuff up their reinsurance programs at some future time. Seems a very long bow to draw.
Presumably Geof Mortlock is proposing the scheme for domestic insurance only - it would be unworkable for commercial.

Don't you mean Tower & some other minnows.? Tower AGM is looking to be a watershed. Smoke & mirrors, feed the thousands with a barrel of fish! Who put the writing on the wall!

"In the land of banking and finance, only the strong survive"

You could add ... 'plus the weak or incompetent if they are propped up by a policyholder compensation scheme funded by those who take policies with a better managed, stronger insurer'