Rebecca Sellers says conduct by insurers is effectively unregulated and the IMF is calling for some protection for consumers, at least up to Australian levels

Rebecca Sellers says conduct by insurers is effectively unregulated and the IMF is calling for some protection for consumers, at least up to Australian levels
11th May 17, 11:26am
by Guest 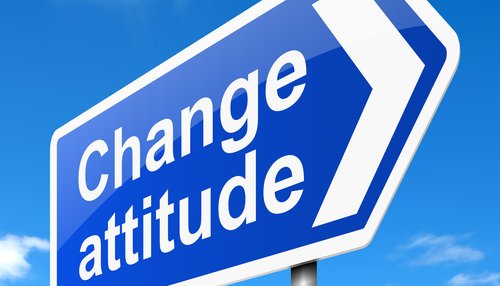 Conduct of business by insurers is in the spotlight.

If the response of previous governments to similar IMF reports is any guide, we can expect more attention from regulators to New Zealand’s insurers. This IMF Report recommends that the government and Financial Markets Authority (FMA) review the scope of conduct regulation for insurance, considering all aspects of the insurance product life cycle and develop a regulatory framework.  Significant work is recommended to close gaps in the prudential supervision regime.

The IMF Report acknowledges the unique characteristics of the New Zealand insurance market.  However, their assessment applied the IAIS Principles as a standard template against which New Zealand’s regime was found to be lacking.  It is to be hoped that any changes made because of these recommendations will not automatically replicate the Australian regime, for example, restrictions on outsourcing could have significant consequences.

The IMF Report identifies that the New Zealand focus on financial advice leaves much of insurers’ conduct effectively unregulated. The IMF is critical of the low level of protection consumers receive when buying most insurance products. The IMF acknowledges that change is proposed to the regulation of financial advice (“FAA Proposals”). However, the IMF Report’s recommendations go further than the FAA Proposals.  “The government should consider a proportionate regulatory regime for insurance intermediation not currently captured by the legislation, including pure sales and intermediation where ancillary to another line of business.” The IMF recommends that within one year the FMA should build more insurance expertise to promote adequate conduct supervision of the insurance sector.

These recommendations are in line with the international experience of mis-selling, much of which has occurred by “sales without advice’, for example the misselling of credit insurance in the UK. The UK Financial Conduct Authority recently estimated that banks have paid out £26.2bn in compensation to customers and set aside more than £40bn to cover compensation payments and litigations costs. It is now recognized that poor conduct by banks and insurance companies can give rise to systemic risks.[1]

Any entity considering restructuring its business in response to the FAA Proposals should be aware that “sales without advice” will be the subject of regulatory scrutiny.

The IMF Report identifies claims handling as a potential source of misconduct by insurers. Australian owned operations in New Zealand represent 66% of the insurance market by premium and 75% of the insurance market by assets. This suggests that the findings of the 2016 Australian Securities and Investments Commission (“ASIC”) thematic review of claims handling practices could be relevant in the New Zealand context.

In March 2017, Peter Kell, Deputy Chair of ASIC, said that claims handling had brought insurers “under intense media, government and regulatory scrutiny in relation to conduct and culture concerns.”  The ASIC review identified higher claims denial rates for some types of insurance (TPD) and for life insurance sold without advice.  ASIC recommended that the Australian law is changed so that “insurance claims handling” is covered by the financial services conduct provisions of the Corporations Law. Industry has responded by launching the Life Insurance Code of Practice.

Even prior to a law change in Australia, the experience of a New Zealand consumer may be less favourable at claims time.  Australia has all but abolished the duty of disclosure in consumer cases. New Zealand’s antiquated law on non-disclosure provide insurers with additional grounds to deny a claim – leaving New Zealand consumers in a weaker position than their Australian counterparts.

The IMF acknowledges that the developing framework of self-regulation in New Zealand has helped to reduce the risk to consumers. Since January 2016 members of the Insurance Council of New Zealand have been bound to higher standards of service by the Fair Insurance Code. The Financial Services Council of New Zealand is in the process of developing a code of conduct for its members.  However, the IMF Report states that self-regulation is not a “substitute for regulatory requirements and effective oversight”.

The Reserve Bank is currently seeking submission on an issues paper reviewing the Insurance (Prudential Supervision) Act 2010.[2] It is timely and informative to have the IMF’s view on many of the issues raised in that review. The IMF Report challenges New Zealand’s regulators to stay in step with the global approach to protecting insurance customers.

[1] See for example “Issues Paper on Conduct of Business Risk and its Management” (November 2015), International Association of Insurance Supervisors

Rebecca Sellers is director of Melior Law & Regulation and a contributing editor of Colinvaux’s Law of Insurance in New Zealand.

The article by Jenee Tibshraeny posted yesterday is in the same vein. It also mentions ,by way of an example, the withholding of information by Tower Insurance. This is a good example because it reveals that this transgression only came to light because of high court action and the ensuing judgement. What it evidences is that the only effective disciplinary body that is available to the claimants, for substantial loss, is in fact the high court. That is why insurance companies as a rule, try to dissuade claimants from filing. That is also why the vast majority of cases are settled prior to the actual hearing, often at the eleventh hour. High Court action and the preparation for it, is extremely costly. The Insurance Companies know that and therefore it is easy for them to work out where a claimant is unlikely to have sufficient resources to go ahead. QED isn't it, if you can't afford to sue them they can do unto you what they like. Calculated & cynical, call it what you will, but if money is the priority, it really works.