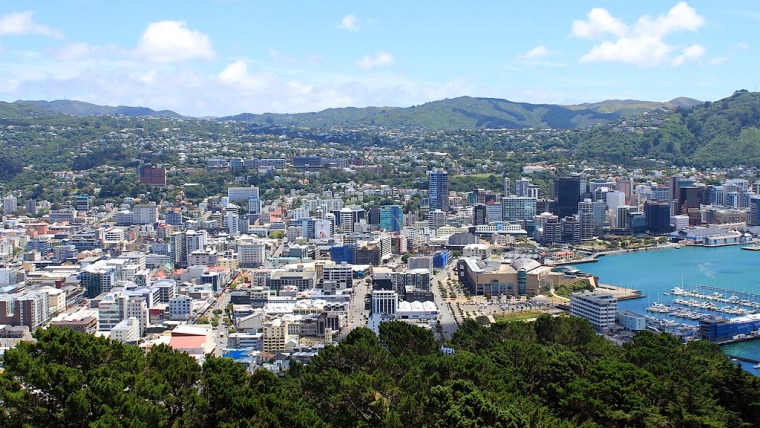 Tower is back in the black thanks to its move towards risk-based pricing.

The insurer's approach to reduce its exposure to earthquake-prone parts of the country saw it report an $11.9 million profit in the first half of the 2019 financial year – a major improvement from the first half of 2018 when it reported a $23.5 million loss.

Without enough reinsurance or the backing of a large Australian parent like its competitors, the New Zealand-owed insurer had been struggling in the wake of the Canterbury and Kaikoura earthquakes.

However its move to more accurately charge policyholders for the risks they pose, and reduce its exposure to higher risk policyholders, was instrumental to boosting its bottom line.

Tower’s claims ratio fell even more drastically, from 55.5% to 44.5% over this time, when its Pacific business was included in the calculation (net claims expense as a proportion of net earned premium).

It acknowledged in its results it paid proportionately less in claims partially because there were less severe weather events and partially due to “improved pricing, underwriting and risk selection”.

This graph shows how it mainly saved money by reducing payouts for home and commercial policies.

Shift in exposure pays off

Tower Chief Financial Officer Jeff Wright told investors at a briefing that risk-based pricing had seen the insurer reduce its exposure to high-risk areas by “an annualised figure” of 16%.

Meanwhile it had grown its “total house sum insured exposure” in low-risk places like Auckland and Taranaki by 17%.

“It is clear this strategy is working and will continue to deliver growth and reinsurance efficiency in future,” Wright said.

Similarly, Tower Chief Executive Richard Harding said: “While our result is pleasing and we have delivered significant improvements, we remain focussed on refining our products and pricing approach to ensure we continue addressing claims costs.”

While Harding said: “We will ramp up underwriting and pricing improvements to drive profitability,” Wright indicated the major changes underpinning the shift towards risk-based pricing would be completed in the next year.

He said: “Premiums are now at the point in Wellington where the unfair cross-subsidisation will be largely removed over the next 12 months.”

Tower didn’t respond to interest.co.nz’s request for comment in its timeframe.

While Tower in its results said it expected its claims ratio to return to normal as the stormier winter months would be included in its results for the second half of the year, Peter Davies of Davies Financial and Actuarial Ltd told interest.co.nz a ratio in the mid-40 percents was very low for a general insurer by historical standards.

Both Tower and IAG (which sells its insurance through NZI, State, AMI, Lumley, ASB, BNZ, Westpac, and the Co-operative Bank) have been open about their moves to risk-based pricing.

The shift is something the Reserve Bank – insurers’ prudential supervisor – has been keeping an eye on.

Governor Adrian Orr in November said the Bank was looking to ensure insurers didn’t see risk-based pricing as a money grab. The Bank, in its biannual Financial Stability Report released at the time, said higher premiums and more stringent underwriting criteria were typical of a tighter phase of the insurance cycle and tended to coincide with reduced risk capacity and less competition.

“At this stage it is not clear whether recent changes in the earthquake insurance market reflect these cyclical factors, or whether they represent a structural shift towards higher premiums and more restricted cover,” it said.

While Tower’s financial position has improved, the Canterbury earthquakes are still a weight on its shoulders.

It increased its gross written premium in the half year, mostly off the back of premium increases but also further to writing new policies. However it’s still waiting to receive a $70 million payout from the Earthquake Commission (EQC).

It accounted for this as a receivable – IE an asset – in its account. It said that while it believed it was owed more by EQC, its actuary adopted the $70 million figure in recognition of the “inherent risk and uncertainty” of recovering funds.

Receiving this money is key to ensuring Tower holds enough capital to retain its licence from the Reserve Bank. It essentially only had a buffer of $50 million as at March 31. 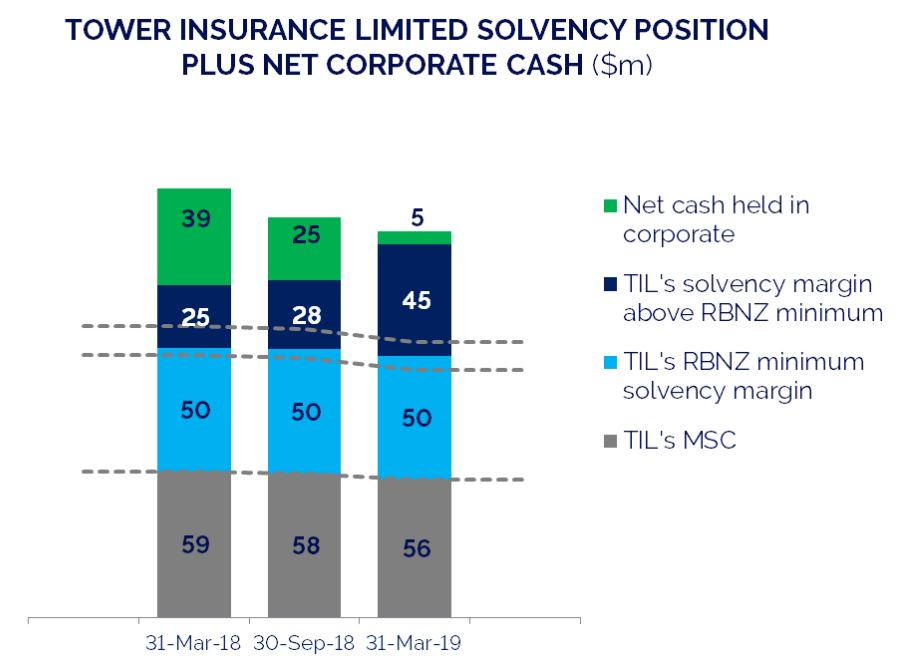 While Tower settled 67 Canterbury claims in the reporting period, it received 26 completely new ones from EQC.

“It is not our role – nor our shareholders’ responsibility – to resolve and pay for situations arising from EQC’s past incompetence, and the negligence of its repair providers,” he said.

Tower said: “In respect to the 2019 financial year, and as previously advised, no dividend will be paid in the first half of the financial year. The Board’s intention is to pay between 50% and 70% of second half 2019 NPAT, where prudent to do so.”

"The Board’s intention is to pay between 50% and 70% of second half 2019 NPAT, where prudent to do so.”
That's the problem, insurance should be no different to a sovereign wealth fund, I.e a mutual where profits are retained as capital to offset losses as opposed to being paid out. We will never have enough capital for as long as we pay it away and lose the benefit of compound returns.

Risk based pricing is fundamentally unfair and wrong in insurance. Insurance is about risk pooling, so that risks are shared. All that this does is make insurance a gamble for most, and unaffordable for those at the riskiest end. And so what happens... like all gambling, the house always wins, shareholders make mega bucks, and the most risky have to be supported by society. Anonther example of neo liberal policies of privatising profits and socialising losses,

The RBNZ should ban equity based consumer insurers. They need to be mutual and risks should be pooled, to manage non systemic risk issues. Systemic risk issues (which then should be purely random) should then be laid off on those that want to take a bet on the random event. Lloyd’s names or reinsurers. Or if the nz market is too small, onto a central pooling agency, who the aggregates and lays of the risk to the gamblers out there. Right now the model is fundamentally broken. And no amount of capital etc etc etc will fix it until they get the actual model right. Pool and cross subsidise for non systemic in a mutual environment, and then lay off systemic with those that want that exposure the most.