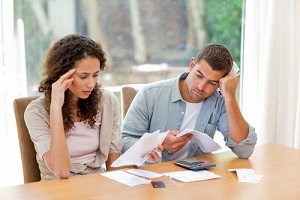 Banks are hesitant about giving their KiwiSaver members both a rundown of their fees in dollar terms and projection of their retirement incomes in their annual statements.

They say it is possible, but complex, and will take longer than regulators think to implement.

The New Zealand Bankers’ Association (NZBA) makes this call in its submission to a discussion document the Ministry of Business, Innovation and Employment (MBIE) sent out to the industry on October 5 - ‘Changes to Annual Statements for KiwiSaver, Superannuation, and Workplace Savings Schemes’.

The NZBA agrees: “Clear and effective disclosure will assist members in understanding the amount of fees they are paying each year and to consider how their investment choices and contribution rate can impact their retirement savings goals.”

Yet banks won’t be able to iron out a number of the issues associated with having greater disclosure, before annual statements are sent out next year. Rather, they’d like regulators to give them until 2018 to roll out the changes.

The NZBA says only two of its six members that provide KiwiSaver (Kiwibank and ASB), are in a position to disclose fees in dollar terms, in their 2017 statements.

The others will struggle to do so because calculating fees is complex as “fund charges are calculated at fund rather than investor level”, and investors may be involved in multiple funds and change funds throughout the year.

Furthermore, banks haven’t been calculating fees in dollar terms up until this point, so won’t have sufficient information to include these details in their 2017 statements.

Some of the NZBA’s members are also dependent on “outsourced service providers changing their systems,” which might take time.

It says regulations will need to be developed so that all KiwiSaver providers calculate total fees paid on the same basis to make sure investors “are receiving consistent information that is comparable across industry”.

The bank lobby group believes it is “unnecessary” for providers to have to show administration and investment management fees, in addition to the total fees figure.

Contrary to MBIE’s proposal, it believes annual statements should place greater emphasis on net performance (after fees), rather than fees alone.

“Fees are one element of the overall retirement investment and in many instances reflect active/passive fund management. In an actively managed portfolio, higher fees are appropriate, as they reflect the work undertaken by the provider,” the NZBA says.

“All fees should be considered in light of the total return, so that the member can form their own view about the fee in light of the service they have received and returns their fund has made

“As such, NZBA does not consider that fees can, or should, be read in isolation or given such weight that they would ultimately drive a culture where members chase a perceived ‘low fee’ at the expense of optimal growth in their retirement savings.”

The NZBA says banks will “encounter a number of issues” providing projections of their KiwiSaver members’ retirement incomes in their 2017 statements.

“It is not possible for the requisite regulations, including calculation methodology, to be developed, published and implemented” in time, it says.

It notes a number of technical questions need to be resolved to ensure projections aren’t inaccurate or misleading.

“Without clear guidance on how such a projection should be calculated there is a high likelihood that these will be incorrect and confusing.

“Further, members need to be given a clear understanding that the projections are not promises by providers.”

The NZBA says banks will need to figure out how to best obtain information about their members’ and their employers’ contribution rates.

“Providers do not currently collect or hold this data… simply assuming a member’s income based on their contribution history could lead to inaccurate results.”

KiwiSaver providers will need to consider the fact 42% of KiwiSaver members do not make regulation contributions, people’s incomes could vary significantly over their working lives, their contribution rates could change, or they could make lump sum contributions.

The NZBA says regulators will also need to consider whether retirement income projections are appropriate for all members. For example, the projections of under 18s, the self-employed or those on parental leave are likely to fluctuate year to year, and thus not be that helpful.

It points out there may also be problems with people who have split their investments across different funds, or those who are looking at different projections provided in their annual statements and by their providers’ online calculators, which will have been created based on their own internal modelling.

The NZBA says any retirement income projection system will need to be tested before it’s made mandatory.

It maintains it’s realistic for this to occur in 2018.

In the interim, the NZBA suggests banks provide a link to either their or Sorted’s KiwiSaver retirement calculators, so they can calculate their projections themselves, in their 2017 statements.

The NZBA disagrees with MBIE’s proposal to show the total amount an investor’s account grew by over the year in their annual statement.

“As KiwiSaver balances can go both up and down, it may be more appropriate to just show the opening and closing balances… and/or a percentage figure along with the total dollar figure of how the account changes over the year,” it says.

Furthermore, the NZBA doesn’t want its members to be made to use prescriptive wording, as headings or to describe different types of information, in their annual statements.

“The exact layout and content of annual statements should then be left to providers, allowing them to tailor messages to their own client base accordingly,” it says.

Finally, the NZBA disagrees with MBIE’s proposal to make its legislative changes apply to Superannuation and Workplace Savings Schemes in addition to KiwiSaver.

It says Workplaces Savings Schemes in particular have completely different features, so should be dealt with separately.

Yes, well, I can sympathize with the banks here.

I've always found it extremely difficult to get fee information from the various funds I've invested in. And as for getting an explanation of how the fees are calculated, forget it!

If you ever want to see someone bristle in indignation, try asking for a worked example! Priceless. . .

Funny the banks know exactly how much they charge a person and collect fees in dollars. This is just nonsense - the banks have seen KiwiSaver fees as a gravy train and don't want there to be any transparency around the matter. I hope MBIE doesn't fall for this.

The banks seem to be saying they can’t count dollars. That says a lot about their competence. Or does it say more about their honesty?

If all KiwiSaver providers have registry systems in place and they are currently calculating PIE tax daily for every member they are already using some sort of fractional apportioning. Therefore there is no reason why fees can't be done in the same way. I think those that can't do this need to throw some money and resources at the problem rather than trying to kick the can down the road and hope the issue goes away.

Usual predictable story here - industry 'lobby' groups opposing or delaying govt change that is intended for the public good. Kudos too as well for Simplicity calling out the NZBA's position as BS lol
https://www.simplicity.kiwi/simplicity-news/too-hard-excuse-on-fees-dis…