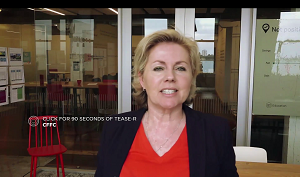 We could be made to start contributing more to our KiwiSaver in around a year’s time.

The Retirement Commissioner Diane Maxwell is urging the Government to raise the minimum KiwiSaver contribution rate, for both members and their employers, from 3% to 4%.

She makes this call in the Commission for Financial Capability’s (CFFC) three-yearly review of retirement income policies. The first half of it has been presented to the Government, via an interactive video, today. The second half, which largely addresses New Zealand Superannuation eligibility, will be released on December 14.

Maxwell admits raising the minimum contribution rate may affect small businesses, but says the flipside is a change may enhance retirees’ spending power.

“There is a risk the current minimum rate of 3% sends the signal it is sufficient to build the assets for the standard of living people want in retirement,” the CFFC says.

“Internationally, New Zealand has the lowest rate of minimum retirement savings in the OECD.”

At 5% of GDP, the Government also spends less on superannuation than the OECD average of 7% (as at 2013).

Treasury predicts the cost to New Zealand taxpayers will rise to 7% of GDP in 2045, as our population ages.

This gives people more flexibility and the feedback it has received has indicated that the gap between existing contribution rates of 4% and 8% is too high.

Over 65s should be able to join KiwiSaver

The CFFC would like the government to enable people over 65 to join KiwiSaver.

“This move would remove a current policy inequality, provide another investment option for those over 65, and would allow employers to voluntarily make contributions for all employees over 65. There is no apparent reason for those over 65 not being able to join,” the CFFC says.

Maxwell says this change would have a particular effect on people who have been self-employed most of their lives and start working for someone else as they get older.

The CFFC is siding with the Financial Markets Authority (FMA) and the Ministry of Business, Innovation and Employment (MBIE) in calling for KiwiSaver providers to be made to detail KiwiSaver fees in dollar terms in their annual statements.

The CFFC says dollar terms are easier to understand than percentage or basis points, so adding these figures to statements will “improve transparency and trust”.

While the likes of Simplicity, ASB and Kiwi Wealth already make these disclosures, the New Zealand Bankers’ Association, in its submission to an MBIE discussion document on the proposal, has voiced its hesitation around this, saying some banks will struggle to calculate fees.

Is there political will to make these changes?

Maxwell is hopeful a change of Prime Minister will provide the Government with an opportunity to implement the changes she deems necessary to make our retirement saving and superannuation schemes more sustainable.

Outgoing Prime Minister John Key infamously said he would resign before raising the age of eligibility for superannuation.

Yet Key’s pick for his replacement, Deputy Prime Minister Bill English, on Tuesday said he saw the options for reform of New Zealand Super as open and would not repeat Key's commitment never to change the retirement age or the indexation of Super.

Yet the Government has done away with the $1000 kick-starter to incentive people to join KiwiSaver, and halved the member tax credit, during the time English has been Finance Minister.

Asked what English’s attitude has been like when she’s brought up issues around retirement policy reform with him, Maxwell says: “Let’s see where we get to.”

“Politics is downstream from culture,” she says.

In other words, politicians will act according to public opinion.

The Minister of Commerce and Consumer Affairs, Paul Goldsmith, says the CFFC’s recommendations “will be looked at closely and considered”.

Interest.co.nz has done a series of stories and video interviews with Maxwell, as the CFFC has worked through its review. You can see these here.

Why? Huge amount locked in until 65-70 depending on when super age goes up. People are already struggling to service their mortgage on their million dollar homes. Better to give tax benefits to incentive people to contribute more.

Why should public money be directed towards incentivising people to contribute more?

The only people who will benefit if they do, will be themselves later. Where is the public interest?

It isn't public money though, it is a tax credit, so it just means people who save more, pay less in tax. We should be encouraging saving. Instead at the moment, we are encouraging borrowing, which has created a property bubble.
The public interest is also on possibly reducing the need to pay super in the future. So people look after their own retirement. With any compulsory system, which kiwisaver will likely become, this provides that option.

In the particular case of tax credits on saving, the benefits would accrue largely to rich people who can afford to save more both in absolute terms and as a percentage of their income. Not the greatest outcome.

Now if your objective in making people save more is so that you can pay them less Super later, you should be up front about that. And be prepared for similar downsides that they are already seeing in Australia.

"The Retirement Commissioner Diane Maxwell is urging the Government to raise the minimum KiwiSaver contribution rate, for both members and their employers, from 3% to 4%."

And I want a red sports car ! Why ? The KiwiSaver scheme is a New Zealand voluntary long-term savings scheme. The term voluntary means I should be able to make a decision on how much of my hard earned money I want to risk, as the money in this scam/scheme is not guaranteed to be around when I will retire.

It is an interesting system, because even though it is voluntary to join, once you are in it is quite draconian and fixed, and you can't then back out of it. You are in it for life. The only way to stop contributing is to go on a contributions holiday, but the government may change that ,and not allow people do that unless you have hardship.
Kiwi saver benefits the old way of working, which is waged employees. The benefits to self employed are significantly less.
I can see it be a compulsory scheme in the not to distant future, as they have made moves to do it already, but automatically signing people up when they start a new job, and people have to opt out if they don't want to join. That is probably fine, as NZer are poors savers generally. We can learn a lot from Asia,.

All well and good BUT the Politicians just cannot stop tinkering with Superannuation. Look at Kiwisaver, how many changes have been made, Things will have to change to fit peoples circumstances, BUT lets have a scheme which is free of Political interference please.

I agree the contribution rate should be raised. But Diane Maxwell proposal is very timorous. Increase it one percent every year until the total combined contribution is in the mid teens. Say 15% or 16%.
There should be no need for the government to subsidise at all. But neither should they be taxing contributions.

If you want to increase your contributions to your KiwiSaver by one percent every year until you reach 15%, you are free to do so. What business is it of yours how much I contribute to mine?

You know absolutely nothing about me, my circumstances and my finances - whether I have family, a mortgage, a job, my age, my wage, what other savings and assets I have. How do you presume to know how much it is appropriate for me to be contributing to my KiwiSaver?

Nope; I read a lot of crime novels

Singapore lets you use your superannuation payments from your income to supplement your mortgage. Sounds like something that would help everybody in New Zealand.

You can't have an 'across the board' change like that because everyone's circumstances are different; for most people it doesn't make sense to have too much money locked up until 65 (or probably later by that time). Especially with housing the way it is, young people would be better to pay off their mortgage as soon as possible. Maybe if you reach the age of 50 and don't have enough in Kiwisaver, then look at putting more in. Most people have other, more flexible investments by their 50s anyway.