David Chaston suggests the premium on NZ term deposit rates over those in other countries might be explained by our lack of deposit insurance. He checks how we benchmark with other countries with a taxpayer backstop

David Chaston suggests the premium on NZ term deposit rates over those in other countries might be explained by our lack of deposit insurance. He checks how we benchmark with other countries with a taxpayer backstop 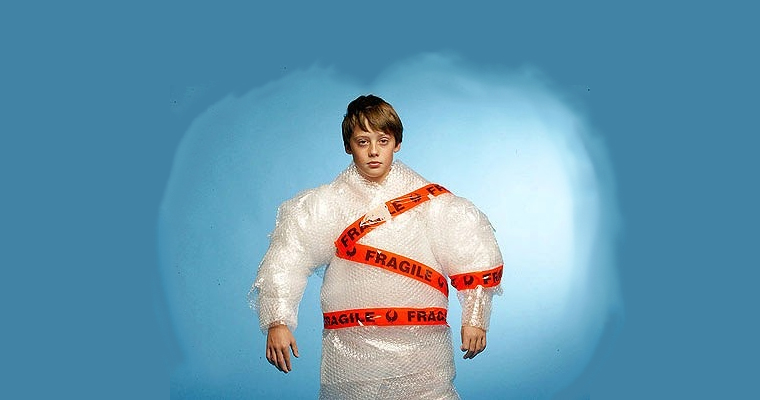 One of the issues that arose from our recent review of term deposit interest rates in Australia and New Zealand is to what extent the provision of deposit insurance in Australia, and the lack of it in New Zealand, explains the rate variations.

It is of course impossible to quantify the issue, even if it is clear it will be part of the explanation.

New Zealand is an outlier in terms of deposit insurance protection.

Savers need to realise that if we do get deposit insurance in New Zealand, it will come at a measurable cost. And that cost will apply via lower offer rates. Risk will reduce and savers will have no choice as to whether they want to accept it or not. In a low interest rate environment, interest earnings will get depressed further if such a scheme was introduced here.

Deposit insurance is being considered in the current review of the Reserve Bank of New Zealand Act. Without imposing my views on the wisdom of such a development, it is interesting to compare where our rate levels stand in comparison with many other countries.

All investments carry risk. Imposing a risk-eliminating 'benefit' will reduce the yield, irrespective of whether a bank passes on costs that may be charged to it by the Government to provide the service. The taxpayer has every right to be compensated for providing the 'insurance'. (But of course, it is not real insurance - no private insurer would ever take on the risk; only taxpayers will accept such risk.)

The removal of risk (and transferring it to the taxpayer) will eventually mean that term deposits will only return a risk-free return. At the moment, in New Zealand, the risk-free benchmark is that offered by Treasury's Kiwi Bond, which is 1.5%. And that is a rate not dissimilar to the Australian one year insured term deposit rate (after adjusting for the Official Cash Rate variance).

Just because some people want the taxpayer to protect them or bail them out doesn't make it good public policy.

Somebody mentioned on here a while back the idea of being able to open a savings account with the RBNZ. Low return but secure, safe from OBR etc.

Unless you’re willing to accept a negative rate after fees, that won’t happen. RBNZ doesn’t loan to anyone to offset the TD. Just never going to happen

I could safely say that the average punter would be in deep shock if they realised their money wasn't protected at all. In reality, once you hand over the cash, it's no longer yours.

The average punter with a mortgage would be equally shocked when they discover they do not own their house, the bank does. If things hit the fan the bank will call in a mortgage. If the financial system as we know it collapses, we are all screwed. My question is in what order do things typically collapse ? things have to get pretty extreme before your money disappears at one of the four major banks.

"Savers need to realise that if we do get deposit insurance in New Zealand, it will come at a measurable cost. And that cost will apply via lower offer rates." My concern is about the total that is insured. For most occasions where a crisis that would lead to that insurance being called on, then multiple banks if not all would likely be involved. Would the insurers be able to stump up that much money?

While it may seem obvious I am assuming that 'deposit insurance' is different to 'a Government guarantee' on deposits?

The rates can't be much worse than what they are already. I 'd rather get less return and be sure that my money is safe in the bank. So it should be!

Fair enough, but you should brace yourself for a rate less than the OCR (currently 1.75%)

I'd rather not pay taxes to repay your bail out. If you don't care about returns go buy government bonds.

Shouldn't the comparison table be one year TD over one year local treasuries ? This would give the risk premium in each country.

Good point. I have added that now.

Thanks for this article David. I'm over people saying that money is safe in the bank. Clearly it isn't. Here's something to ponder. When we borrow from a bank, they put you through the hoops, but when we hand over our money to them, do we ever ask them to tell us how our money is safe with them?

Would you prefer they didn't ask any questions when they loan your money out? Oh, and the cash rate is 1.5%

Just to clarify on open banking resolution and depositor guarantees. OBR was passed by most of the G20 countries 3 years ago and depositor bail-in exists for preserving a bank’s capital requirements in most of these nations in the event of a bank experiencing liquidity problems. In the UK the deposit protection and guarantee would only apply if the bank actually goes on to fail. (2016 legislation). The same in Canada too. In Oz the legislation is murky and work is being done by the Citizens Electoral Council at present to lobby the government to make it clear because at present the wording on the Bill suggests that any instrument can be used (including customer deposits) to shore up a bank.

Discussions on Bail in legislation in Oz, relevant to us because their banks are our banks. Also if an Aussie parent were to get in trouble then a subsidiary could have excess capital (beyond our minimum regulatory requirements) re-located to the parent to shore up their position.. I have had this conversation with our central bank.

I've wondered the same. If the Aussie parent bank gets into big trouble and they've exhausted all other avenues, will their New Zealand operations be the sacrificial lamb? Pull everything they can to save the parent operation, putting the NZ operation into trouble. Would the RBNZ then enact an OBR in this scenario?

The decision to enact OBR would ultimately reside with the Government of the day and not the RBNZ.

Isn't the higher rate in NZ because of the rules around core funding that mean they need to get more retail deposit funds from NZ and less wholesale from London on 90 days?

On another note, I got the impression the choice of no deposit insurance was to prevent gaming (eg Canterbury Finance). The government can decide what action it will take and on what terms, as the problems arise. It doesn't mean they will do nothing.

Interest on deposits seems to be an exception to the non taxation of capital gains.
There would be a stronger argument for non involvement by the Govt if it didn't tax interest.
I wonder whether the countries tabled do the same.

I may have suggested this before.. but why not have the banks offer guaranteed and non-guaranteed deposit accounts.

Have them side by side.. a depositor can choose 3% for no protection, or 2.20% with a guarantee.

The benefits are:
- not forcing someone else's risk preferences on me ( I may be happy with the current risk profile)
- it forces depositors to consider the risk the bank poses ( a key point the RBNZ makes often)

The alternative would be to make a distinction between transaction accounts and have those guaranteed and savings accounts not guaranteed.

For one thing rates appear to halve with a guarantee and two the amount guaranteed is hopeless anyway so what's the point.

Excellent idea. Only obvious once someone has pointed it out though. A civilised society thrives on choice and trust.