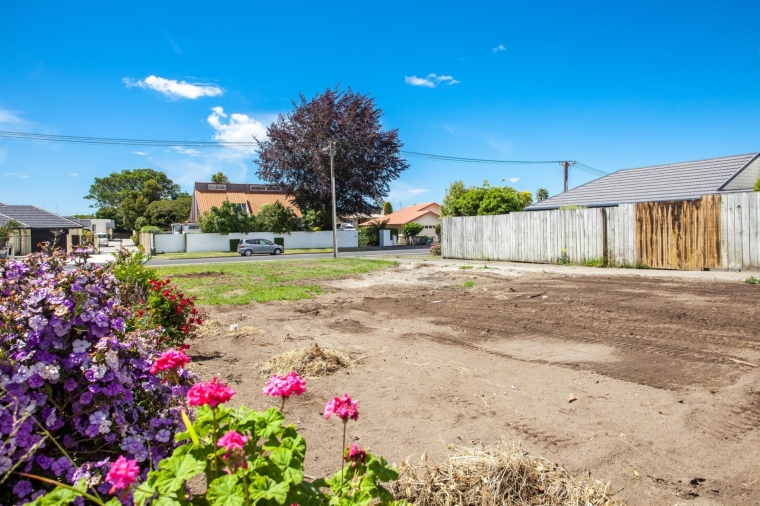 Auckland Council says there would be economic and administrative issues with introducing a vacant land tax.

The Productivity Commission has been asked to look at the feasibility of a tax on vacant land as part of its inquiry into local government funding and financing.

The commission released its draft report last month and is expected to present a final report to the Government in November.

But a report to the Auckland Council’s Finance and Performance Committee shows there are some concerns about how a vacant land tax could be justified, let alone how it would be administered.

“Officers consider there are economic and administrative issues with applying an additional tax on vacant land and unoccupied dwellings to encourage growth," the report says.

"A charge set on this basis does not support the [Productivity] Commission’s recommendation that rates be set based on the benefits that properties receive from council services. A tax on unoccupied dwellings is difficult to justify for local government funding purposes as there is no alignment between unoccupied dwellings and the services the council provides.”

Further to this, the Auckland Council’s draft submission on the Productivity Commission report states:

“The council agrees in principle with the idea of a charge on vacant land to incentivise better usage of existing infrastructure given the pressures on infrastructure financing and the demand for housing. However, the council considers that there are economic and administrative issues with the application of an additional tax on vacant land or unoccupied dwellings.”

And it says it would be hard to justify a new vacant land tax on unoccupied dwellings if there was no link between the council’s services and the property not being occupied.

“To apply this tax, we would need a clear definition of an unoccupied dwelling, which considers issues such as baches and holiday homes and dwellings in areas where there is no demand for housing. We would also need to maintain a database of unoccupied dwellings which could incur significant administrative costs and compliance issues.

And it doesn’t stop there. Coming up with a definition of undeveloped land and any possible overlap between the tax and development contributions developers are charged would also have to be taken into account.

“It would also need to consider any thresholds that should be applied such as the size of land parcels, whether land parcels meet feasible development tests and whether the land is infrastructure ready. The consequence of avoidance behaviours such as use of vacant land for car parking or temporary retail spaces would also need to be considered in any definition, as would legitimate land use such as timber yards and car yards, which have low levels of improvements."

It says the rate such a tax would be charged at would need to be high enough to provide owners with an incentive to rent, sell or develop their property.

“Establishing the optimum level of the tax would likely be difficult, be market specific and require further investigation. If the tax was set too low, it may not be effective while setting the level too high may be seen as excessively punitive. If the holding costs of land are less than 10% at present interest rates, then a vacant land tax would need to be set at 1% of land value in order to make a 10% change.”

The submission says according to the Auckland Council’s database there are about 29,000 urban properties that have an improvement value of less than 5% of the land value.

“For vacant land, we estimate that a rate increase of more than 100% for business and 300% for residential land would be required to increase annual holding costs to around one percent of the value of the land.”

Auckland Council Finance and Performance Committee chairman Ross Clow agrees with the submission’s findings. He says to make such a tax work it would have to hit the owners of vacant land and unoccupied properties in the pocket.

“It would require the levies to be pretty high,” Clow says. “And unoccupied buildings wouldn’t be easy to monitor or control. You would need to have people visiting them to make sure they are, or aren’t occupied. And then to administer it and establish it just wouldn’t be cost effective.”

Finance Minister Grant Robertson wrote to the chair of the Productivity Commission in April to ask for the local government funding and financing inquiry’s Terms of Reference to be expanded to incorporate the recommendations of the 2019 Tax Working Group (TWG) relating to taxing vacant land. But no more details on the proposed tax were included in the commission’s draft report released in July.

Robertson told interest.co.nz it would take some time to get the design of such a tax right.

“There's a long lead time with tax legislation. We're certainly doing the work now and if that comes through in a way that's positive, we'd be looking to move on it. But there's obviously a legislative timeframe that would be associated with it."

He said ideally he would like to see a bill introduced to Parliament before the 2020 election, but it was a matter of looking at "what's possible". Robertson said he was still interested in the policy, however.

Off course the super city would say that. I would imagine that the councilors have more than a healthy vested interest. Look how they have screwed the scrum thus far on everything related to addressing land shortages.

Simple. Just get the IRD to ring fence the losses. Then we will see how keen land bankers are on holding.

A carpark is a carpark isnt it so why would you confuse that with vacant land mate.

I think the point was it would be very easy/cheap to set up vacant land as a 'carpark' to get around this sort of tax.

-Buy a bunch of old cars
-Park on land
-Stick up a sign saying you have to pay to park there
-Voila, carpark

'If the tax was set too low, it may not be effective while setting the level too high may be seen as excessively punitive'

Hey, that sounds exactly like something I wrote on this website recently about land tax!!! And it's right.

Yes I agree with a vacant land tax. Provided we can then tell the local council to rezone the property and install infrastructure. Win win

They would not have to create a new land tax. They would only have to change the rate weighting between improved and unimproved value and reflect the value of the individual sections that a lot of land can be divided into. i.e. x sections times $y each. Once a piece of land is zoned residential the council has to provide new infrastructure capacity to service the new residential properties, so a more substantial charge seems reasonable. This way it would be in every bodies interest to develop usable land as soon as possible and discourage land banking. Of course local councils would never do this willingly due to the heavy vested interests, and government would have to change the laws to force them to.

Woah. I wonder if there will ever be a (relatively) simple alternative that would achieve the same outcome without the administration of a vacancy test!

Auckland Council continues to maintain its monopoly on square posts and circular holes.

Obviously more regulations are needed. It is very important that all residents regularly perform a ritual kow tow to Local Council Staff just to remind them who is in charge here. The extra regulations will of course increase employment opportunities within the Auckland Socialist City State and thus increase national GDP. More people means more regulations, folks. Say tat tah to the old Kiwi lifestyle. Sigh.

I wonder if you still would have to pay the Vacant Land Tax while Auckland Council went through its usual delay tactics and did all its normal faffing around during the consent process?

So its too hard for the idiots at Auckland Council?
Stop moaning and get on and do it like other countries have.
It's not novel by any stretch.

We dont need a vacant land tax, we need:

1) Land tax - either via local government (rates), central government (tax) or both (split)
2) Freeing up the RMA zoning and density restrictions