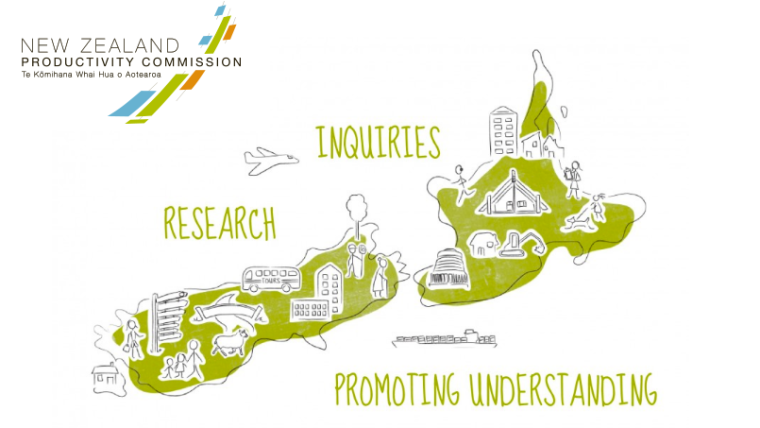 The Productivity Commission is suggesting improved income security to help those affected by labour-market change.

The commission has released the second of five draft reports it will be issuing as part of its inquiry into technological change disruption and the future of work.

The commission says New Zealand is stuck with low wages because of low productivity and low technology adoption. The challenge is to encourage labour market dynamism and the flexibility of the economy to create new jobs, while also providing security for workers when jobs are lost.

In its second draft report, "Employment, labour markets and income" released on Thursday, the Commission has looked to other countries for answers to help promote technology adoption.

“Countries that have adopted policies that promote income security over job security – known as ‘flexicurity’ – tend to be more open to technology adoption on both sides of the employment relationship,” says Commissioner Andrew Sweet. “There is a case to improve income security for displaced workers with measures that cushion the financial shock of job loss.”

“For example, all OECD countries except for Australia and New Zealand have a mandated unemployment insurance scheme of some form. Not having insurance, combined with strict means-testing of benefits, means that many New Zealanders face a significant and immediate drop in income on job loss, and can struggle to meet their financial commitments, such as a mortgage,” says  Sweet.

The Commission has outlined three options for improving income security in New Zealand and is seeking public submissions on the options. These are:

Today’s report is being issued for public review. The Commission is calling for submissions until 7 February 2020. Three further draft reports will be released in December: Training New Zealand’s workforce, Firms, innovation and labour markets and Educating New Zealand’s future workforce. A final report will be presented to the Government in March 2020.

how about universal bacis income of $1000 per month per adult.

I just want to know where the wage increases are coming from to fund all these things we need to now 'save' for (we had 1.5% wage increase this year). Are they forgetting that daily life means spending the $$ now, rather than later? For instance, for us rates are up 5%, regional rates up 16%, life insurance up 21%, general house-car-contents up 7%. Petrol is the only thing that went down this year due to a splurge on a new car last year (good old petrol engine, but modern tech = fuel efficient).

At this rate we'll solve the obesity epidemic because no one will be able to eat.....but they'll be able to retire and be made redundant in safety at some mythical time in the future.

Michael Reddell has some thoughts about this draft - none of them particularly encouraging....

...it would be great to have a highly productive economy, but the Commission simply has not made a serious effort to demonstrate any sort of causal connection between their (apparent) personal political preferences around unemployment benefits/social insurance and any sort of plausible path to much better productivity outcomes in New Zealand.