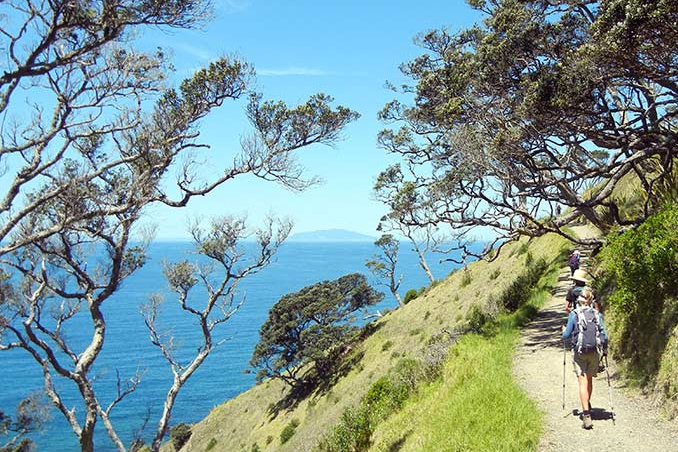 Here's our summary of key events overnight that affect New Zealand, with news of more strong gains in the relative value of the New Zealand currency.

But first, the US non-farm payrolls survey data for November has come in way stronger than analysts were expecting. +266,000 new jobs were added and there were minor positive adjustments higher to both the prior month data. The end of the GM strike seems to have had a cascading impact. However their low participation rate was unchanged at 63.2%. After adjusting for the GM strike, manufacturing employment was flat, it was down for 'mining' (read: the oil patch), unchanged in retail, and up strongly in healthcare. Professional job numbers also rose.

US hourly earnings are up +3.1% over the past twelve months.

All this data supports the US Fed in its stance that their monetary policy settings are about right and markets now don't expect any change when they next meet to review those settings on Thursday, NZT.

You can see what is driving these declines in the latest wholesale trade data, which is -1.4% lower in October than a year ago.

Wall Street equities have risen strongly on the jobs data, with the S&P500 up about +1% on the day in mid-day trade. It looks like it will end the week with a tiny +0.1% gain.

The situation is definitely not as positive for Canadian payrolls. They recorded a drop in payrolls of -79,000 jobs in November and a rise in their jobless rate to 5.9%. But over the past year, jobs in Canada have grown by an impressive +293,000 and most of that is for full-time employment. Their participation rate is much better that their neighbours however at 65.6% and that clouds comparisons, especially of the jobless rate.

On the trade front, the confrontation is spreading with the US objecting to a proposed US$1 bln World Bank loan to China.

In Australia, there is more evidence of a steep contraction in their construction industry and it is now at its lowest level since 2013. The contraction dived a worrying -3.9 points in November from October alone - that is a big move.

In New South Wales the fire situation is getting worse. A 60 km fire front is eating up areas north of Sydney, as more than 100 blazes take hold and weather conditions deteriorate. Their Bureau of Meteorology warned "some fires were too big to put out" and the level of smoke was such that it was showing up on its radar as rain.

The VIX volatility index is just over 13, and a similar level to this time last week. Its average over the past year is 16. The Fear & Greed index we follow has moved back to moderate 'greed' levels.

US oil prices are up further to just over US$59/bbl and that is a rise in a week of +US$3.50. The Brent benchmark is now just over US$64/bbl. Weak demand is being trumped by even weaker supply flows as US output sags and OPEC seems to agree on extended cuts. The US rig count fell again.

The Kiwi dollar is on a tear, now up at 65.7 USC and +1½c higher than this time last week and at its highest since the end of July four months ago. In the past month it is up a remarkable +3.7%. On the cross rates we are firmer too, up at 96 AUc and another +1c gain in a week. In fact since the start of November it has gained more than +3c. Against the euro we are up at 59.5 euro cents and that is also more than a +1c gain in a week. That puts the TWI-5 at just on 71.

Bitcoin is little-changed from this time yesterday, now at US$7,415. The bitcoin rate is charted in the exchange rate set below.

96 Aussie cents for every one New Zealand Dollar you have. Can't be long until Kiwis start heading back across The Tasman? (Where is that nice Mr Orr with his magic OCR wand?)

Yes especially those who are concerned about the constant bushfire situation.
BBC Australia bushfires north of Sydney 'too big to put out' A "mega blaze" raging across a 60km (37 mile) front north of the Australian city of Sydney cannot currently be put out, fire officials have warned.

The blaze across 300,000 hectares (1,150 sq m) is just an hour's drive from the nation's most-populous city.
People who cannot defend their property from approaching fires have been told they should leave immediately. Since October, bushfires have killed six people and destroyed more than 700 homes across Australia.
https://www.bbc.com/news/world-australia-50690633

Perhaps they need some of our water !
" Wanaka and Queenstown were slowly going under water on Friday, after Lake Wanaka and Lake Wakatipu burst their banks"

East cost of Nth Island very dry at present. Mate in Aussie told me the big fire around him was caused by guy back burning to try and save his hooch crop.

Irrigators are still pumping, river flows start off lower going into a drought. Some farmers have over 10 million M3 takes. HBRC seriously over allocated water takes. Don't have the balls to wind them back

AJ - the truth is that Australians are boing hoist with their own petard. If folk like your mate - and you? - need to avoid the truth, well, good luck to you-all. But it will only get worse for them. And that's only the entropic exhaust-gases of their energy-use, remember.

We are approaching the LTG crux - buckle up, we're in for a helluva ride and almost nobody is joining the dots.

Least of all Morrison.

54K manufacturing workers were added in November, the most in over two decades, or since 1998, as a result of about 41K GM striking workers returning to their jobs.

All this data supports the US Fed in its stance that their monetary policy settings are about right and markets now don't expect any change when they next meet to review those settings on Thursday, NZT./em>

The doctrine of “ample” or “abundant reserves.” They may have been abundant but that only goes on to establish how they must have been, and continue to be, largely irrelevant. Read more and more and more.

German Industrial Production Crashes By Most In A Decade

I lived and worked in Germany for arround 6 years. All the hype that they are efficient is BS. From my experiances they are the worst I've ever seen at efficiency. A simple thing like securing a load on a trailer has to be talked over, debated and then an elaborate over the top job was produced for a 10 minute trip down the road.
They produce high end goods that are going to take the worst hit in the tough times. The news for them isn't flash.

Maybe in Germany they do the job once and do it right. In New Zealand everything gets done twice because the first time is a total f**k up.

All the hype that they are efficient is BS

I lived in Japan for 10+ years and worked in the manufacturing sector. People also say Japan is inefficient. Honestly speaking, I think you shoul bone up on how what productivity actually means. It's a little bit more than watching someone securing a trailer and extrapolating that into a national chracter trait.

They were burning on Bribie Island in the second week in August when I was there, coming up 4 months ago. Great plumes of smoke heading offshore in NZ Inc's direction. Australia's hot right now, in more ways than one.

NZ should be fining them for loss of sunshine hours under TTP.

For no reason apart from idle curiosity ... I thought , what's it like on a lazy summer's Sunday in the Antarctic ... cos , I do worry about melting icebergs , shelfs collapsing , pooy penguin pits ....

Ummmm .... how does the ice melt , and swamp the world with rising sea levels , when it's minus 25 fricking degrees Celsius in summer ? ..

GBH - you consistently need to obfuscate, and at a very low intellectual level. You also seem to always appear when another persona happens to be on deck. Could we raise the game a little please? So kind...

That 19 bps rise in 10 Yr NZ Govt. stock really hurts. But I go to look hopefully at my two banks deposit rate offerings in the hope this week's pain may have a silver lining elsewhere in cash for me and find ... no increases off these historic stimulunatic low rates. So some of these long rate rises starting to factor into mortgages, depositors continue to be gouged and shafted.

Even worse, of all the investment classes in NZ, the lowest yielding, fixed income, is the most viciously taxed. Every component of a bond (revenue and capital) is taxed, 100% of the interest on a term deposit is taxed.

And I'm not saying tax property and shares (I know they're taxed for traders, but I mean a capital gains tax): the solution is to stop taxing all investment income: start by abolishing RWT and the requirement to return interest income. Because on these incredibility low stimulunatic term deposit and bond rates, after tax there's now not a chance of beating inflation (at least, not my personal inflation rate, which, as I live remotely, is higher than headline). Putting a capital gains tax on other forms of investment, won't change things and allow fixed income to earn an after tax return that beats inflation.