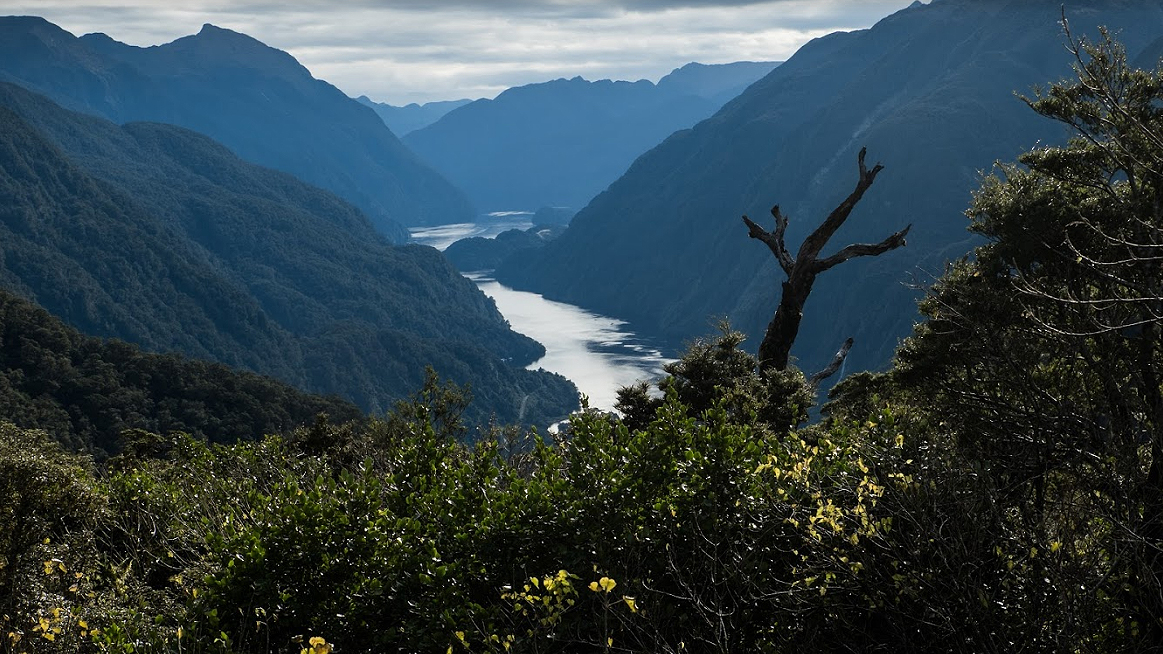 Here's our summary of key economic events overnight that affect New Zealand, with news there seems to be a good recovery underway in the US, and imports from China are growing fast despite tariffs.

In the US, private sector firms signaled a strong upturn in business activity in August, with both manufacturers and service providers registering expansions, according to the flash Markit PMI series. Notably, it marked the first rise in service sector activity since the start of the year, while manufacturers recorded the fastest increase in production since January 2019.

Despite these gains, a Congressional panel overseeing the implementation of some coronavirus aid programs urged the Fed and the Treasury to take more risk with taxpayer dollars and increase efforts to deliver more aid to small and medium-sized businesses struggling because of the pandemic.

Sales of previously owned American homes also rose strongly in July, up almost +9% year-on-year, as low interest rates and a desire for more space amid the pandemic boosted home-buyer demand. Low interest rates helped too. Median prices were up +8.5% in a year to US$304,100 (NZ$465,300).

American retail sales in July were reported as a good +2.7% increase over the same month a year ago.

Canada reported June retail sales overnight and they were up +3.8% year-on-year and a big bounceback from the prior month.

Mexico also released retail sales for June and while they also bounced back, there were -17% lower than the same month in 2019.

In Europe, their flash August PMIs show an unexpected loss of momentum in their recovery efforts.

And a Brexit deal seems unlikely, as is a post-Brexit trade deal between the UK and the EU. Both sides say talks are going backwards. A December 31 hard separation seems the most likely outcome now. UK public debt has passed the £2 tln level and is now more than 100% of UK GDP. The extra costs of public support for a hard Brexit will just add to that load.

In Hong Kong the city's government has told its employees, "behave" in a pro-CCP-China way, or be fired.

In China, they are exporting more to the US (and making their trade surplus higher). July exports were up more than +12% year-on-year to their bitter rival. Shipping is in demand to service the surge, boosting freight rates. US west cost ports report their busiest month of imports for 2020 in July.

At the Three Gorges Dam, flood waters are cresting about now in an anxious wait to see if it can handle the pressure. More than 400 mln people live downstream

In Thailand, youth-led street protests are growing against the government and its military rulers.

In Australia, retail sales rose at a +3.3% month-on-month pace in July, up +12% year-on-year with a bounceback effect, with household goods sales up +30% from a year ago. And this was with data for Victoria declining in their lockdown.

And an inability to pay the rent on time has seen Westfield board up 129 stores run by Mosaic Brands in Australia. Landlords are getting desperate.

After stuttering in the morning session, Wall Street has moved back into positive territory - with the S&P500 up +0.4% in afternoon trade and heading for a marginal weekly rise even if they are at a record high level. Overnight, European markets were all down about -0.2%. Yesterday, Shanghai ended up +0.5% but that just made back part of the prior day's fall. They ended the week up a modest +0.6%. Hong Kong was up +1.3% and making back most of the prior day's loss to end the week down a marginal -0.3%. Tokyo gained +0.2% on Friday but for the week that booked a -1.6% loss. The ASX200 had a -0.2% loss for the week. But the star of the week was definitely the NZX50 Capital Index which rose +3.3% over the seven days.

In Australia, there have now been 24,407 COVID-19 cases reported, another 171 since yesterday, a slowing pace and still very much concentrated in Victoria. Australia's death count is up to 472 (+9). Their recovery rate is up to 75%. There are 5480 active cases in Australia (-447) indicating a turned tide and more far recoveries than new infections.

And we should also note that New Zealand swap rates ended the week in record low territory across the curve. In fact the two year fell -5 bps over the week, the five year fell -8 bps and the ten year fell -11 bps in a major flattening move, all triggered by RBNZ MPS signals and banks getting their collective heads around what the potential for what a negative interest rate means.

And the Kiwi dollar has recovered a bit against the greenback after yesterday's sharp fall, and is now just on 65.4 USc which is where it was at this time last week. Against the Australian dollar we are much recovered, gaining back the ½c we lost yesterday and now at 91.3 AUc. Against the euro the story is similar and we are back up to 55.4 euro cents. That means our TWI-5 has risen to under 68.5 and almost exactly where it was a week ago.

The bitcoin price is lower than at this time yesterday, down -1.6% to be now at US$11,647. The bitcoin rate is charted in the exchange rate set below.

New Zealand's Exchange
THIS WEBSITE WILL UNDERGO SCHEDULED MAINTENANCE DURING THE WEEKEND OF 1-2 AUGUST AND MAY BE TEMPORARILY UNAVAILABLE. WE APOLOGISE FOR ANY INCONVENIENCE. WE'LL BE BACK SOON
The Caps are directly from the web-site
https://www2.nzx.com/markets/NZCX/index_futures

Just looked at NZX, I think the issue is at your end, nothing wrong at NZX website I can see

They have fixed it

Interesting perspective anyway to see how many deaths occur in any human population in any given time period. Perhaps SARS2 has magnified people’s fear of death generally.

Yep Brexit isn't going to help the UK certainly not in the short term. There's a BBC article here that shows the extent of the UK debt but oddly enough the Pound keeps rising. I would have expected it to take more of a hit but that's likely to come after 'no deal' with the EU.

“Brexit is a good move - to be in charge of your own country is a good thing.
The EU being in such a mess. “
Ringo Starr

Has Hipkins read the MOH testing strategy yet? Or is he leaving that to Digby or Woods or H2? Or he going to ignore it - like the MOH advice to close the borders on the 6th of March? Clearly much easier to blow $200 Billion of the kids money than run a border quarantine.
https://www.newshub.co.nz/home/politics/2020/08/health-minister-chris-hi...
https://www.health.govt.nz/system/files/documents/publications/final_rep...

He’s also the Minister of Education so has a busy job - busy merging all the Polytechnics, pushing schools more online etc

Good to see 2 decent guys involved now. Digby, who blew the whistle on the Ministry of Health, and Ashley, who just keeps plugging away, regardless of who is minister this week.

Fairly obvious this government’s policy now set in place. Any notice of community transfer of CV19 will result in an up to level 3 imposition on the locality. Control and contain. Relaxation of the international border beyond returnees not at all likely. Like it or lump it. The forthcoming election therefore is opportune democratically to vote the government out if the majority of NZrs disagree with the current policy. There it is.

Do you know how much pressure the Universities, PTEs, ITPs, EdNZ and quasi-Govt bodies are pressuring and lobbying the Govt to allow international students back in?
They have built an immigration empire and will do anything to not give it up.

Latest is LGNZ (local govt) holding their annual fling and calling for a referendum for 4 year council terms claiming they need more time to implement their plans. Well bugger me, most councillors are re-elected by default at each election. Everything remains the same. Same faces. Councils have all the continuity in the world. Every confrere at this shindig has speed-dialled a media outlet

What would be beneficial is a referendum on immigration. Let the proletariat speak

A trouble with a referendum on immigration is over simplicity of the question; I would like a reduction in numbers, work visas to cost far more, fast processing of highly paid applicants - how can that be reduced to a yes/no question?
A second problem would be racism -v- virtue signalling rather than a rational debate about resources, infrastructure and how diversity is not helped by large numbers from the same place (taking my self as an example, does another POM add diversity to NZ?).
A third problem is that immigration is an issue of population planning so would a referendum be about immigrant quotas or immigration balancing emigration?

We should vote on desired level of population. What's the best number?
Max 5 million?
My personal preference is 2 million?
Your preference?
Given bith rates currently it would be not hard to achieve what is decided.

This is all linked to the funding or under funding of the tertiary sector. They must invent ‘qualifications’ constantly which comply with the job visa rules (ever changing) and relentlessly chase down every possible international ‘student’ via the dubious Global education agent network attracting them on the basis of the visa attached to the qual type. While largely ignoring or taking for granted NZ students, NZ industry needs and not protecting their remaining authentic qualifications.

What do you care profile? The tab will be picked up by the future generations, that's how we roll and the boomers suddenly question this need to ask that's the system they set up and vote for year in and year out.

What could possibly go wrong? btw current generations will also be paying so you haven't dodged it.
https://www.thetimes.co.uk/article/turkey-runs-short-of-options-to-rescu...

Japan signalled this intent early on. Think this is a sound omen of global reaction to grave concerns, now clearly perceived, regarding the conduct of China’s regime and their relative ambitions. A drive for more self reliance nation by nation.

In China, they are exporting more to the US (and making their trade surplus higher). July exports were up more than +12% year-on-year to their bitter rival. Shipping is in demand to service the surge, boosting freight rates. US west cost ports report their busiest month of imports for 2020 in July.

Haha.. yeah the people have spoken. It was the same last month and the one before that

Don’t think any of Trump’s anything’s are working well. Save perhaps his contortions and convolutions.

Yep. His little tit for tat tariffs are just one sign among many of his total lack of economic education and immaturity that has defined his entire administration. If he gets voted in again the USA absolutely deserves to became the losers they are on the verge of being. But it will not just be the USA, because of their economic clout it will filter through the world economy to the detriment of all countries.