Ending exceptional fiscal support measures designed to combat COVID-19 will be painful in a world awash with debt, the Institute of International Finance says

Ending exceptional fiscal support measures designed to combat COVID-19 will be painful in a world awash with debt, the Institute of International Finance says 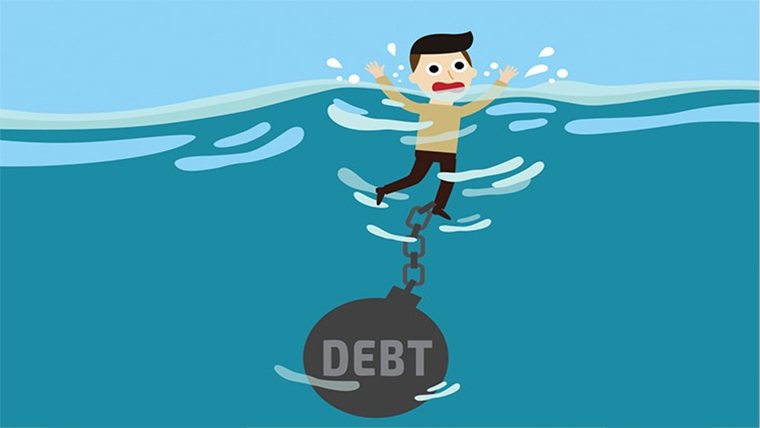 In a world ravaged by COVID-19, global debt surged last year to a new record high of US$281 trillion, the Institute of International Finance says. It warns that exiting exceptional fiscal support measures is likely to be painful.

In its latest Global Debt Monitor, the Institute of International Finance says last year's debt growth alone comprised more than a quarter of the debt increase of the past decade.

"Global debt soared to a new record high of US$281 trillion in 2020. Coupled with a sharp pandemic-driven decline in government and corporate revenues, total private and public debt for the 61 countries in our sample rose by US$24 trillion last year, making up over a quarter of the US$88 trillion rise over the past decade. Debt outside the financial sector hit US$214 trillion, up from US$194 trillion in 2019," the Institute of International Finance says.

"With global debt issuance still running above pre-COVID levels, supported by still-low borrowing costs, the rise in global debt ratios is expected to be relatively modest this year; the projected rebound in GDP will help. However, debt trajectories may vary significantly - the pace of vaccination differs considerably across countries, and difficulty in vaccine rollout could delay recovery, prompting further debt accumulation. For highly indebted countries facing ongoing fiscal constraints, difficulty in accessing and distributing vaccines could thus contribute to further debt strains, particularly in low-income countries," the Institute of International Finance says.

General government debt comprised more than half the rise, increasing more than US$12 trillion in 2020 versus a US$4.3 trillion rise in 2019.

"While some pandemic-related fiscal measures will likely expire in 2021, budget deficits are set to remain well above pre-pandemic levels. We expect global government debt to increase by another US$10 trillion this year and surpass US$92 trillion by end 2021. Although sizeable budget deficits have been essential to tackle the crisis, finding the right exit strategy could be even more challenging than after the 2008/09 financial crisis. Political and social pressure could limit governments’ efforts to reduce deficits and debt, jeopardizing their ability to cope with future crises. This could also constrain policy responses to mitigate the adverse impacts of climate change and natural capital loss."

The Washington DC based Institute of International Finance, which describes itself as the global association of the financial industry with more than 450 members from some 70 countries, also takes a look at what it describes as corporate zombification. Here it notes that as global economic recovery gathers pace, governments will be developing exit strategies from huge fiscal support measures.

"Government guarantees and debt moratoria to date have been successful in preventing a surge in business bankruptcies. The decline in the number of firms filling for insolvency has been extraordinary across many European countries, though China and Turkey have seen some pickup. Premature withdrawal of supportive government measures could mean a surge in bankruptcies and a new wave of non-performing loans, with financial stability implications for the banking sector. However, sustained reliance on government support could pose systemic risks to financial system as well. A prolonged period of loan guarantees - coupled with sustained low interest rates - could well encourage still more debt accumulation by the weakest and most indebted corporates," the Institute of International Finance says.

The charts and tables below come from the Institute of International Finance.

Looks like NZ debt ratios aren't as bad as purported to be and I think there's an underutilisation.

Robbo is doing his best to catch up borrowing $128 Million + a day.

Debt doesn't exist in isolation, it is only one side of the balance sheet. As 'stock flow consistent' accounting shows for every liability there must be an equal asset created which will take the form of another persons savings or store of wealth.
Money only exists in the form of debt, when debts are repaid the money ceases to exist. Government debt though is not the same thing as private debt as it is only borrowing back the money that it has created itself, it is our savings held in the form of bonds.

Except 'savings' and 'store of wealth' are false assumptions (as discussed this AM Breakfast thread).

They are forward bets - if there's no future physical underwrite, they're

But what this tells us is that the 'free market' would have been sunk without Govt intervention. As it already would have if it hadn't been handed the public assets for nix by said Govt. Makes one wonder who the Govt is actually there for....

Ok, but what happens when a poorly performing company manages to borrow, but creates no added value and simply increases its indebtedness? Where then is the asset which mirrors the added debt?
Are you saying that debt is irrelevant? That say, a country's debt/GDP ratio doesn't matter at all? If so, that sounds much like MMT as espoused by Kelston and others.

Ok, but what happens when a poorly performing company manages to borrow, but creates no added value and simply increases its indebtedness? Where then is the asset which mirrors the added debt?
Are you saying that debt is irrelevant? That say, a country's debt/GDP ratio doesn't matter at all? If so, that sounds much like MMT as espoused by Kelston and others.

Stock flow consistent accounting tells us that all money has a source and a destination. You have to follow the money and see where it goes. Banks create money as an asset and as a liability on their balance sheets, if a loan goes bad then they are still liable for the money that they have created and it becomes their loss.
Governments don't need to borrow at all as Warren Mosler explains in this article in the HuffPost here. Proposals for the Treasury at the bottom of the page. https://www.huffpost.com/entry/proposals-for-the-banking_b_432105

Slaving to hold up a pyramid of super leveraged toxic assets

Great for anybody holding any kind of assets - property, shares, bitcoin, etc. Probably most of us on this forum, we all win!

Oh, that's what every finance minister and central banker is doing right now looking at those numbers...