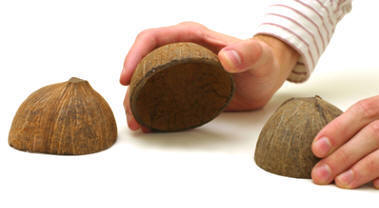 Over a four year period 143 New Zealand registered companies have been implicated in criminal activities overseas such as smuggling, money laundering and tax fraud with New Zealand Police and the Customs Service receiving 134 enquiries about them, Commerce Minister Simon Power says.

This revelation comes in a cabinet paper from Power seeking direction from his cabinet colleagues on addressing threats to the integrity and reputation of New Zealand’s companies regime and proposes to give the Registrar of Companies stronger powers to respond to risks around the integrity of information on the companies register. The changes are needed, Power says, because of evidence that individuals and groups, especially from overseas, are misusing the New Zealand company incorporation process and therefore threatening New Zealand's international reputation.

The paper says investigations by the Organised and Financial Crime Agency of New Zealand (OFCANZ) into SP Trading Ltd, a New Zealand registered company that hit the headlines in 2009 and 2010, have provided more details on the extent of the problem, says Power. SP Trading was involved in the charter of a plane intercepted at Bangkok airport with a cargo of weapons. The flight originated in North Korea and UN Security Council sanctions prohibit trading in arms with North Korea.

"They confirm that the basic modus operandi employed in the formation of SP Trading has been followed by a number of New Zealand-based company formation agents, who sell a 'package' of company documents to an overseas company broker," the cabinet paper says.

"In many of the cases which have come to OFCANZ’s attention, both the sole director and the sole shareholder are based overseas. OFCANZ considers that many of the clients of the formation agent responsible for the formation of SP Trading are involved in illegal activity."

"These companies were implicated in criminal activity overseas, including smuggling, money laundering and tax fraud."

Furthermore, the Inland Revenue Department believes if these companies are involved in criminal activity overseas, they are also likely to be involved in tax fraud or evasion, says Power.

"A New Zealand registered company with its effective base in Panama recently committed a significant tax fraud in the United Kingdom. This sort of fraud affecting our OECD partners impacts negatively on New Zealand’s international reputation. IRD is concerned that New Zealand will receive a poor report in an OECD forum later this year because it is unable to provide information which many other countries would be able to supply about such companies," the cabinet paper says.

Earlier this year Fairfax Media's Mike Field reported that Kiwibank had closed the bank accounts of Auckland operation, but Vanuatu-registered, GT Group headed by accountant Geoffrey Taylor and sons Ian and Michael that had created around 2500 shell companies, including one for SP Trading.

Power also says that the Reserve Bank believes about 1,000 shell companies incorporated in New Zealand over the past three years have been used to carry out banking activities free of regulatory oversight and "many" seem to be undertaking fraudulent activities. The Reserve Bank has received frequent complaints and enquiries about "offshore financial institutions" incorporated in New Zealand but with no other connection to the country.

"It estimates that there are at least 1,000 such companies on the register, of which a number are suspected of carrying out fraudulent activities."

The cabinet paper notes there are a total of 530,000 companies on the companies register.

In the cabinet paper he says his concerns relating to registration processes under New Zealand company law extend to the registration of limited partnerships.

Furthermore Power says New Zealand and overseas company law formation agents are known to be actively promoting New Zealand to offshore interests - "including those of a dubious nature" - as a jurisdiction of choice due to its "lighter" company regulatory environment in comparison with other jurisdictions.

Power puts forward four major changes. These are; Requiring companies to appoint at least one director or an agent who is ordinarily resident in New Zealand; Requiring directors to supply date and place of birth information; Requiring all companies to apply for an IRD number as part of their registration application process; and Bolstering the ability of Registrar of Companies Neville Harris to investigate, respond to or remedy issues arising in regard to "the bona fides" of directors and shareholders and any integrity or compliance issues relating to company registration.

"These changes could be implemented relatively quickly and are consistent with the objective of maintaining New Zealand’s reputation as an easy place in which to do business," Power says.

He notes, however, that there is a risk that the proposal to require a New Zealand-resident director and to exempt “approved jurisdictions” from that requirement will be challenged as being inconsistent with New Zealand’s obligations under international trade agreements. Power says this is because the likes of Singapore, Australia and Canada have made “reservations” in their trade agreements which expressly permit them to impose such requirements, but New Zealand hasn't.

"Trade partners may, therefore, query the measure either bilaterally, at the World Trade Organisation, or in the context of trade negotiations. Investor nationals of some trade partners could ultimately seek recourse to investor-state dispute settlement," adds Power.

Power recently said cabinet has agreed to a number of his proposals and a draft bill is being prepared.

Its our very own burgeoning "financial hub" innit !

A bill that tightens rules around company directors and company registration was introduced to Parliament today by Commerce Minister Simon Power.

“New Zealand has an international reputation as one of the best and most trusted places in the world to do business,” Mr Power said.

“However, that is threatened by overseas interests using New Zealand-registered shell companies to undertake criminal activity.

“The Companies and Limited Partnerships Amendment Bill will aid in stamping out this kind of behaviour and help ensure New Zealand remains a trusted place to do business.”

The bill can be found here.

Sore-Loser: provision for the recovery of monies obtained by fraud or crime already exists. But that would mean the "elites" would need to actually do something and prove a crime was committed.

This is a necessary move but it will definitely be a difficult task because it will implicate overseas commerce which involves many individuals and companies. I think what would be a recommended alternative is to have that particular country's commerce authorities to come into the picture and take a look at what is happening and what solutions can be suggested to make the situation better.