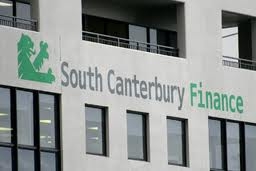 The extended Crown retail deposit guarantee scheme died without incident along with 2011, Treasury says, effectively bringing an end to a 38-month scheme put in place to safeguard New Zealand depositors at the height of the global financial crisis in October 2008 that will ultimately cost taxpayers' around NZ$1 billion.

Asked by interest.co.nz how the end of the extended guarantee scheme had played out, a Treasury spokeswoman said: "There's nothing to report from our end; it closed without any problems."

With the Wairarapa Building Society having stopped offering the guarantee last January and Fisher & Paykel Finance doing the same last June, the focus has been on Heartland, which last year took over PGG Wrightson Finance and the responsibility for its guaranteed deposits.

In a brief, undetailed email response to questions from interest.co.nz Heartland Treasurer Craig Stephen said there was "nothing to report from our end."

"It's business as usual, things are going very well and it is nice to have the guarantee behind us," Stephen said.

Last August Stephen told interest.co.nz because the building society was in uncharted waters with the end of the Crown guarantee, it was being being overly conservative. Heartland had liquidity of NZ$634 million comprising NZ$254 million of cash, NZ$200 million of committed, undrawn bank loans with BNZ and Westpac, and NZ$180 million of unutilised securitisation facilities with Westpac. The group then had NZ$1.6 billion of retail funding, and Stephen said Heartland's liquidity could "more than cover" the term deposit money due to expire with the Crown guarantee.

In its most recent liquidity and funding update on November 8, Heartland said it held NZ$496 million of liquidity at October 31, equivalent to more than 1.5 times the value of guaranteed term deposits maturing prior to the expiry of the Crown guarantee. Heartland said then its retail deposit reinvestment rate for the calendar year to October 31, 2011 was stable at 73%, with October a record month for new fund inflows with 99.3% of new term deposits and 91.9% of reinvested term deposits either non-guaranteed, or invested for a term extending beyond the expiry of the Crown guarantee.

When it launched in October 2010, the extended guarantee scheme covered deposits worth about NZ$1.9 billion held with seven financial institutions. One company, Equitable Mortgages, was tipped into receivership with deposits covered by the extended guarantee. The property lender owed about 6,000 secured debentureholders NZ$192.3 million and had NZ$188.4 million worth of loans outstanding when it met its Waterloo.

Treasury says it has since paid about NZ$170 million to some 3,700 eligible Equitable depositors, representing about 97% of depositors and amounts owing. In the latest receiver's report receivers Grant Graham and Brendon Gibson of KordaMentha say they have repaid NZ$35 million to investors and the Crown, or about 18% of the money owed. They say it won't be possible to recover the full  outstanding loan balance, meaning taxpayers' face a loss.

Equitable Mortgages, whose demise is under investigation by the Financial Markets Authority, was let into the Crown guarantee scheme by Treasury despite the Reserve Bank's view it wasn't eligible because it primarily provided financial services to a related party.

Big bill for taxpayers' despite NZ$355 mln of fees

At the height of the original Crown guarantee scheme taxpayers were guaranteeing deposits worth about NZ$133 billion with 72 financial institutions including the big banks, building societies and deposit taking finance companies. Including Equitable, nine financial institutions defaulted while participating in the schemes, led by South Canterbury Finance, from whose demise the government expects to recoup about NZ$680 million leaving a loss of about NZ$900 million.

The others to fail were Mascot Finance, Strata Finance, Vision Securities, Rockforte Finance, Viaduct Capital, Mutual Finance, and Allied Nationwide Finance. All up, taxpayers have paid out NZ$1.897 billion to investors in failed firms. In late October Finance Minister Bill English said the total amount recovered and repaid to the Crown from the nine receiverships so far was NZ$523 million, with about NZ$395 million of this from South Canterbury Finance.

Up to the Crown's June 30, 2011 financial year end, fees collected from participants in the retail deposit guarantee schemes totaled NZ$355 million, effectively helping to offset some of the losses. Still, based on the amount recovered disclosed by English and the fees collected, the taxpayer's still just over NZ$1 billion out of pocket with the thick end of that likely to be the ultimate loss given further recoveries from the nine receiverships are not likely to amount to huge sums.

In an audit report on the implementation and management of the scheme Auditor General Lyn Provost said financial prudence should've been a greater consideration for Treasury in its oversight, and suggested Treasury should've been more willing to intervene to prevent finance companies significantly increasing their taxpayer guaranteed deposits once they had the guarantee in place rather than merely looking to recover what it could after a company fell over.

So the taxpayer is down a billion, after bailing out mostly greedy mum and dad investors, who gambled on a couple of extra % over a bank T/D. What a waste of money.

It wasn't much of a gamble: in fact the deposit guarantee made it a very low risk investment and those "mums and dads" did the right thing by investing. They got their returns and some of their taxes back - beats the Govmt wasting their tax moneys.

It is a shame the guarantee does not exist any more. It might have to be re-established depending on how safe our banks will be perceived amid the pending turbulence.

The bank guarantee will be back in NZ as soon as the mega banks in Europe and U.S. go belly up after the Fed and the ECB stop bailing them out.

Gosh Andy ye of little faith....surely you trust Bollard's OBR trickery to save the day...no I wouldn't either...any idea which local bank will get the midnight freeze first?...that'll signal the termination of the OBR foolishness.

If that happens no scheme will save anyone.

Clearly Treasury jobs must go. They screwed up big time, particularly over SCF and whether the proper checks were done. Clearly they weren't so...........heads need to roll without the golden handshake either

Was it Treasury or John Key & his mates. How much did Torchlight get? Taxpayer needs answers. Full enquiry needed. So many scams, no answers!!!

What i want to know is why the hell did that dimwit Cullen make private casino Finance companies allegable?

Problem with government investigations/royal commissions and such is they lack any real independence and NEVER look to find blame due to preconstrained conditions.

The SFO are sitting on a goldmind of info but.....have yet to release it on all the details of SCF.

My understanding is Treasury approved  who could be in the scheme or not.

How about a full audit of both the NZ Treasury and the RBNZ?

Yes, you bring up a good point! When has the RBNZ ever been audited? Treasury also