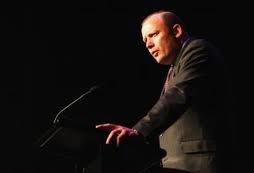 <p> Heartland CEO Jeff Greenslade: &quot;In the rural sector there is the need for a locally controlled specialist. It&#39;s too important to leave to the hands of entities domiciled in other jurisdictions.&quot;</p>

Heartland New Zealand says it has access to cash that more than covers the hundreds of millions of dollars of its depositors' funds covered by the extended Crown retail deposit guarantee scheme that's due to mature by December 31, but if its depositors' continue to behave as they have in recent months, it won't need to call on any of it.

Heartland treasurer Craig Stephen told interest.co.nz  that because the building society was in uncharted waters with the Crown guarantee it was being being overly conservative. Stephen said Heartland had liquidity of NZ$634 million comprising NZ$254 million of cash, NZ$200 million of committed, undrawn bank facilities with BNZ and Westpac, and NZ$180 million of unutilised securitisation facilities with Westpac. This represents 41% of Heartland's term deposits.

The group has NZ$1.6 billion of retail funding, and Stephen said Heartland's liquidity can "more than cover" the term deposit money due to expire before the Crown guarantee does on December 31. Stephen said so far more than half Heartland's depositors had "voluntarily transferred" to non-guaranteed deposits, or term deposits with maturities in 2012 and beyond.

"The surplus liquidity is a contingency," Stephen said. "If our investors continue to perform as they have, we won't need to dip into any of that."

He said 95% of new funds and 79% of reinvestments were being ploughed into non-guaranteed deposits or deposits with maturities beyond December 31. Heartland's average reinvestment rate for the year to June was 76%.

Heartland, which aims to complete the acquisition of between NZ$400 million and NZ$430 million of PGG Wrightson Finance's good loans on August 31 in a deal that will see it take on the rural lender's Crown guaranteed deposits and bonds and is expected to be valued at about NZ$102 million, is playing out the last chapter of the three year Crown retail deposit guarantee period. Only four entities are in the extended scheme with Heartland buying one of them in PGG Wrightson Finance and the other two, Wairarapa Building Society and Fisher & Paykel Finance, having already stopped offering deposits that carry the guarantee.

Stephen said moving to wean itself off the Crown guarantee had involved educating customers on Heartland's improved credit strength, and "progressively purging the book of guarantee chasers."

"As a result of this cleansing, the deposit base is significantly more loyal and stable which bodes well for the future."

"Our rates, at least in a non-guaranteed sense, are about 100 basis points above that of the banks on average," he added.

Heartland's cashflow forecasting incorporates PGG Wrightson Finance's Crown guaranteed deposits, of under NZ$20 million per month maturing between now and December 31, excluding NZ$94 million worth of bonds that mature on October 8 this year.

"We've got surplus cash so we are in a position to pay that bond as it matures," Stephen said. "But what we have done is we've issued a bond mandate to Westpac and BNZ, and if market conditions allow and we feel we may want to tap that investor base, then we may do. But that mandate extends for a good year."

Meanwhile, Heartland CEO Jeff Greenslade said although dialogue was underway with the Reserve Bank over the group's ambition to become a registered bank, it hadn't yet formerly applied for bank registration and may not do so within its previous target of by the end of 2011.

"That's our plan (to apply by year's end)," Greenslade said. "But we have to work through a process that we don't control."

"The critical date is not when we make the application. I see the application as an ongoing process (and) an interactive process of engagement is underway now," said Greenslade.

'The time is right for a Heartland Bank'

Heartland was formed with the aim of becoming a sharemarket listed, New Zealand controlled bank that doubles its NZ$2.2 billion asset base within five years by growing lending to families, small and medium sized businesses (SMEs) and farmers. Heartland wants to focus rural sector lending on working and seasonal capital.

"We believe the time is right for such an entity," Greenslade said. "New Zealand needs to take more control of an essential industry, the financial sector and also the timing is right. The best time to launch these sorts of enterprises is at the bottom of a cycle when traditional models and loyalties are questioned and switching is possible."

"And secondly, as we've seen recently the prospect of being totally New Zealand funded insulates one from the turmoil that's currently affecting international capital markets."

Greenslade added that he believed New Zealand was currently going through a process of shifting its credit emphasis away from property to the productive sector.

"And we intend to be a part of that. In the rural sector there is the need for a locally controlled specialist. It's too important to leave to the hands of entities domiciled in other jurisdictions," Greenslade said.

Standard & Poor's recently lowered the outlook on Heartland's BBB- investment grade credit rating to "negative" from "stable" saying its asset quality and earnings profile weren't consistent with the current rating and are weaker than other similarly rated peers.