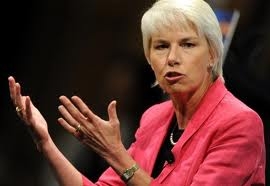 Westpac Group CEO Gail Kelly says the bank is making seismic changes to the way it operates in preparation for a decade of low economic growth rather than merely cost cutting.

Earlier this month Westpac confirmed it was cutting about 400 jobs in Australia. Across the group Westpac has about 38,000 staff. Speaking to analysts yesterday after Westpac reported a 6% fall in first quarter cash earnings to A$1.5 billion, Kelly said Westpac was fundamentally changing the way it operates out of necessity for a post Global Financial Crisis (GFC) world with the European sovereign debt crisis also expected to have a long-term legacy.

"There are some big shifts coming with regards to regulation that we actually have to deal with," Kelly added.

"We’re in a deleveraging world. One of the impacts of what’s occurring in Europe is even the best case scenario in Europe means we’re in for a decade of low growth. There’s a compounding factor of deleveraging happening at every level in Europe and it leads to low growth. Here in Australia too we’ve got cautious consumers and I think we should all expect that we’re going to be in a lower growth environment for some period to come."

The major Australasian banks are striving to source more of their funding from customer deposits, as opposed to international wholesale funding markets where costs are rising, encouraged by the Reserve Bank's core funding ratio in New Zealand, and adapting to new global banking rules, so-called Basel III, which mean they'll have to hold more capital.

With ongoing uncertainty in international financial markets the banks are also holding more liquid assets than they used to through the likes of cash, Treasury bills, call deposits with central banks, bank bills and residential mortgage backed securities with the idea they can be quickly converted to cash if and when needed by the bank. The big four New Zealand banks, combined, hold just under NZ$39 billion worth of liquid assets , according to their latest general disclosure statements.

'Less branches in the future'

On top of needing to hold more capital, greater liquidity and a "more sustainable" funding mix, plus dealing with "material regulatory changes" and deleveraging, Kelly said there's also changing customer preferences to grapple with as online and mobile banking develops.

Although banks' branch networks would "always have a very important role" Kelly predicted there will be less branches in the future, they'll be smaller and staffed differently.

"Branches will be smaller. People in branches will be different...higher skilled people, bank managers, advisers. Less tellers, less of the day to day customer service people and high level advice will be in these smaller branches," Kelly said.

"I expect there will be fewer branches five years from now than there are today in the banking system as a whole and I suspect they’ll be smaller and they’ll be providing advice to customers. This is the nature of the work that we’re doing. We are reshaping our business fundamentally to suit the times."

'Not a cost cutting drive'

Meanwhile, Kelly said Westpac was making "solid progress on all fronts" in terms of improving productivity.

"I really do want to emphasis that this is not a cost cutting drive. What we’re dealing with is structural change to the sector and our response to that," she said.

"We’ve removed areas of duplication and administration and support functions resulting in a reduction of senior and middle management roles," Kelly said. "Longer-term revenue opportunities from heightened coordination and better leverage of individual brands in various markets are underway."

A new group services division, including technology, banking operations, legal and property services has also been established at Westpac Australia. This was in part designed to build stronger relationships with suppliers and standardising and simplifying the way the group operates, she said.

"We’re into a new world for banks and it is critical that we adapt," said Kelly.

And if she is right the banking debarcle is set to turn a nasty shade of puke...remember...where the parent banks go, so follow the little sods over this side of the ditch.

Come on wolly .. need you to put up a "Wolly's Glossary of Terms" .. whats a debarcle .. is it something you put on a dog?

You will have to forgive Wolly, given the content of the article he was being most restrained. I would love to see Fred Dagg have a go at it, since it is pure comedy material.

Hey scarfie...look who else is up to the same tricks...

"AS ANZ announced massive job cuts in Australia it was hosting open days in Manila to attract cut-price workers to take over many of the positions.

The five-day recruitment open house, in addition to more than 70 mid-level banking jobs advertised on its Philippines website, reveals that ANZ is heavily engaged in moving Australian jobs overseas to take advantage of much cheaper labour costs.

The jobs range from analysts and ''collections associates'' (debt collectors) to a health and wellbeing consultant. Their pay rates will be as little as one-10th of equivalent roles in Australia."

Now you know why the aussies love their banks....not.

SO >>>Up the deposit rates to make it worthwhile.

You forget that a bank only has interest in creating DEBT! And when you have almost your entire market saturated in debt they have two choices:

Basel III is suposed to up the need for more cash to support existing lending.

hence they may need to get more local deposits on board.

How about a small cut to NZ Floating Mortgage rates? Cut to 4.99% would be fair & fine. Don't remove my suburban branch  -  I know them, they're real people - I don't want to phone a call centre after 20min wait & then speak to a foreign operator.

You are kidding me right?

"Meanwhile, Kelly said Westpac was making "solid progress on all fronts" in terms of improving productivity."

Yes.....via creating endless debt from NOTHING! Good one lol Only a mug would call that 'productive'

38,000 employee's that produce what exactly?

You mean lets not have banks Scarfir ?  Who other than your mother would lend directly to you ?

I suspect Scarfie they along with the other banks make the wheels of the economy turn, because without them we're stuffed - theyre just another service provider like any other that we absolutely need, and with their growth slowing, restructuring and cost cuttinng has to happen - seems all pretty nomal to me ?

You are kidding me right? How much are they paying you?

"theyre just another service provider like any other that we absolutely need,"  Oh of course banks are indipensible, mankind would never have survived thousands of years of civilisation without them. That comment is astoundingly insulting to anyone with any semblance of intelligence.

We have had banks for thousands of years already.

The first banks were the merchants of the ancient world that made loans to farmers and traders that carried goods between cities. The first records of such activity dates back to around 2000 BC in Assyria and Babylonia. Later, in ancient Greece and during the Roman Empire, lenders who were based in temples made loans but also added two important innovations: accepting deposits and changing money. During this period, there is similar evidence of the independent development of lending of money in ancient China and separately in ancient India.

EM - which of those civilisations lived on without collapse?

Perhaps it's banking is the kiss of death to a social structure?

Well snippy it's like this...take one ten pound sledge hammer...place a walnut shaped like a banker on an anvil....swing that sledge hammer in a mighty arc and bring the sod down on that banker...what you see left is what will happen to the banks.

Meanwhile, Kelly said Westpac was making "solid progress on all fronts" in terms of improving productivity.

Greece provides an excellent example of a country undergoing an extreme, enforced productivity drive  Their past wanton plunder of the public purse  notwithstanding,  the situation on the ground  describes a society in crisis.  Yet mainstream media continue to quote political and financial leaders (our own Mr English included)  who maintain that Greece is AVERTING a crisis by continuing to stave off financial default. Who are they kidding? You know that our moral fibre is warped when numbers on a spreadsheet are allowed to supplant real people's real pain. Kiwis need to start connecting the dots.  Technology will have the capability to replace EVERY job eventually, the only thing about that statement I'm not sure of is just how long that will take.  The speed of technological development does not slow down in times of crisis, IT SPEEDS UP. The argument about whether this is relevent or not depends on whether you see one's own lifetime as being more important than future generations'.  Unhappily, as far as I can see, this seems to be the prevailing view of those who have the most to lose and therefore control the political and economic world. When we see the technological progress that has been made in 100 years, can anyone seriously dispute that machines that can move and think independently are a thing of fantasy; some closet-communist's scare-mongering tactic? WAKE UP!

This week we see the Sallies calling for job creation programmes. This is a necessary stop-gap measure.  But the real challenge is how do we move to a world where every citizen benefits from the exponentially increasing changes to our world rather than fall asleep at the wheel and return to a feudal society.

Education is not a long-term answer to job prospects because 'jobs' are on the decline.  Education (especially history) is the key to a caring  and productive and enlightened and happy  society. Capital accumulation for those that learn well and work hard is no longer a viable aspiration for egalitarian societies. The most dangerous belief you can have in the 21st century is to insist that if disaster hasn't happened yet, it won't.