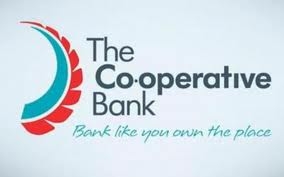 The Co-operative Bank, the country's newest bank, has been ticked of by the Advertising Standards Authority for calling itself New Zealand's first co-operative bank, even though it is.

Formerly PSIS, the Co-operative Bank received banking registration from the Reserve Bank just last October. A complainant to the authority, G. Williamson is not, however, enamoured with the new bank, complaining to the Advertising Standards Authority about a radio ad that said: “We’re New Zealand’s first co-operative bank which means when you become a customer you become an owner too …”

Williamson complained that SBS Bank, which became a bank in 2008 and has also retained its building society status, is co-operatively owned by its members in the same way the Co-operative Bank is. A further area of complaint was over the Co-operative Bank referring to itself as one of the oldest financial organisations in New Zealand, with Williamson referring to SBS Bank as an example of an older financial institution.

Lawyers from Minter Ellison Rudd Watts, responding on behalf of the Co-operative Bank, pointed out it's both legally and factually correct to call the Co-operative Bank the first "co-operative" bank owned by member customers in New Zealand. Furthermore, they argued it's "commonly understood by the public" that a co-operative is a specific type of limited liability company, used as a means of facilitating its shareholders carrying on business on a mutual basis.

The lawyers pointed out that under the Co-operative Companies Act 1996, a "co- operative" is a company where the principal activity of which is a "co-operative activity" in which not less than 60% of the voting rights are held by "transacting shareholders." In contrast they noted SBS is a building society, which falls under the Building Societies Act 1965.

"The Bank considers that the co-operative structure is one well understood by the New Zealand public with a number of well known companies having a similar structure, e.g., Fonterra," Minter Ellison Rudd Watts said.

In terms of the Co-operative Bank's age, the firm pointed out the advert said:  "The Co-operative Bank has an 84-year history - and it's proud to give New Zealanders a chance to directly own their bank." And it noted that as the Public Service Investment Society Limited (PSIS), it was registered as a society under the Industrial and Provident Societies Act of 1908 in 1928.

But in its decision, the Advertising Standards Authority said the legal distinction made by Minter Ellison Rudd Watts' between a co-operative and a building society was a "narrow and technical one" and was unlikely to be the take out of the general consumer.

"The Complaints Board said the consumer would be more likely to have a general understanding of the term co-operative, as being a member organisation," the Advertising Standards Authority said.

Taking into account the technical information provided by the Co-operative Bank as to what constitutes a co-operative, the likely consumer take out was deemed to be more likely to be interpreted in the manner in which Minter Ellison Rudd Watts had also acknowledged, being:

“It is commonly understood by the investing public that a 'co-operative' is a subtype of company which is used as a means of facilitating its shareholders carrying on business on a mutual basis”.

The Advertising Standards Authority decided the advert was likely to deceive or mislead consumers, and was therefore in breach of Basic Principle 3 of the Code for Financial Advertising, which sets out that: "Financial advertisements should strictly observe the basic tenets of truth clarity and should not by implication, omission, ambiguity, small print, exaggerated claim or hyperbole mislead, deceive or confuse, or be likely to mislead, deceive or confuse consumers, abuse their trust, exploit their lack of knowledge or, without justifiable reason, play on fear."

Furthermore it ruled that the advert didn't "observe a high standard of social responsibility, particularly as consumers rely on such services for their financial security, as required by Basic Principle 2 of the Code for Financial Advertising."

However, the ruling dismissed Williamson's complaint over the Co-operative Bank referring to itself as one of the country's oldest financial institutions. The Advertising Standards Authority noted that "but for a name change" it has an 84 year old history.