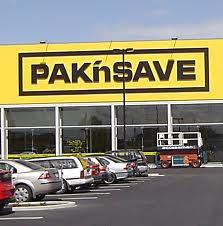 A Parliamentary select committee is due to report back on the final plank of the Government's revamped regulatory regime for finance companies by Friday, with critics looking for amendments to a bill they say is too broad and punishes businesses that survived the sector's meltdown, even though the Bill won't give regulator the Reserve Bank the full extent of powers it was seeking.

The Finance and Expenditure Committee is due to report back to the House on the Non-Bank Deposit Takers Bill. The Bill doesn't include a Reserve Bank proposal that would've given it, as regulator of finance companies, building societies and credit unions (combined non-bank deposit takers or NBDT), the power to seek a court order banning someone from participating in a company for up to five years. However, if passed in its current form, the Bill will enable the Reserve Bank to both block director appointments and remove people from companies.

However, submissions on the Bill from the New Zealand Association of Credit Unions (NZACU), finance company and building society lobby group the Financial Services Federation (FSF), law firm Chapman Tripp and its client Foodstuffs, were all critical of aspects of the Bill and have requested changes.

A submission from Chapman Tripp on behalf of Foodstuffs (Wellington) Co-operative Society Ltd notes the Reserve Bank currently treats Foodstuffs, operator of the New World, Pak 'n Save, and Four Square supermarkets, as a NBDT. This is because Foodstuffs undertakes trading activities with its member-owners and therefore "arguably" offers securities to the public. And furthermore the Reserve Bank takes the view that Foodstuffs carries on the business of money lending, although Foodstuffs disagrees with this.

"The end result of this is that Foodstuffs has co-operated with the Reserve Bank in this regard and is currently operating under the Deposit Takers (Foodstuffs (Wellington) Co-operative Society Limited) exemption Notice 2011," Chapman Tripp said.

The law firm and its supermarket co-operative client are seeking specific amendments to the Bill arguing that Foodstuffs is carrying out the business of a co-operative grocery wholesaler, with the borrowing or lending of money or provision of financial services "incidental" to its main business, thus it shouldn't be captured within the "NBDT" definition. See their full submission here.

'Licensing at the heart of the Bill'

The toughening up of NBDT regulation comes after the failure of 65 finance companies and other entities since 2006 putting NZ$8.6 billion worth of investors' deposits held in nearly 206,000 accounts at risk. See full details in our Deep Freeze List here.  Following this dramatic clear out of the sector there are currently only about 10 finance companies, a handful of building societies and the credit unions seeking to raise deposits from the public. See full details on our term deposit page here.

The NBDT Bill concludes a process started under the previous Labour-led government when cabinet agreed in June 2007 to a new framework for the regulation of NBDTs with the Reserve Bank as prudential regulator. Introducing the Bill in Parliament on behalf of Finance Minister Bill English last year, Health Minister Tony Ryall said licensing was at the heart of the Bill, with a new licensing regime for NBDTs to be overseen by the Reserve Bank.

"The regime will provide an opportunity for the Reserve Bank to evaluate the probity and integrity of the people operating in the industry, and to weed out those who are clearly not suitable. In particular, persons who trigger certain specified concerns will need to have their suitability reviewed by the Reserve Bank. The matters giving rise to a review by the Reserve Bank will include such things as prior criminal offending, which seems pretty sensible, having been the subject of professional or regulatory action, and the existence of conflicts of interest," Ryall said.

Reserve Bank prior consent will be needed for an individual or entity being able to control 20% or more of the voting securities or to appoint 25% of the governing body of an NBDT.

"The opportunity is being taken to bolster the Reserve Bank’s powers of intervention to bring them more into line with banking and insurance regimes. These powers will have relevance in terms of detecting and responding to problems of distress and failure," added Ryall.

Since December 2010 NBDTs have been required to have a credit rating from an approved rating agency, governance arrangements designed to ensure they give proper consideration to the interests of all stakeholders, risk management programmes outlining how they will identify and manage key risks such as credit and liquidity risk, minimum capital requirements included in trust deeds, and restrictions on a deposit taker’s related party exposure and liquidity provisions enabling them to withstand a plausible range of shocks. See more detail here in the overview of the Reserve Bank's NBDT regime.

The new rules have seen NBDTs forced to appoint independent directors, maintain an 8% minimum capital ratio, and limit exposure to related parties as a percentage of capital to 15%. However some companies, including New Zealand's biggest finance company, the ANZ-owned UDC Finance, have been granted exemptions by the Reserve Bank to some of the rules.

Other submissions on the Bill, including those from industry bodies the NZACU and FSF, also seek change. The NZACU said credit unions shouldn't be lumped in with finance companies under the same NBDT definition given a co-operative business model is "inherently different" from other financial institutions.

"There should be a distinction made between co-operatives and finance companies," the NZACU, which represents 26 credit unions and building societies with total assets worth about NZ$1.2 billion, argued. "Credit unions and building societies have vastly different business objectives based on the various Acts of government they originate from, coupled with the prudential supervision requirements via Trustees."

"A co-operative business model is unique. Members of a co-operative are all equal owners of the business and this makes them vastly different from a finance company," the NZACU said.

"The business objectives are driven by the members and their needs as individuals within the communities and industries that they operate. They are inherently conservative in their approach to business as they are not driven by the shareholders to take risks, thus resulting in their continued success through the global financial crisis. The low risk profile of credit unions is determined by law as they can only lend to natural persons, i.e. Mums and Dads, and not to businesses."

Furthermore the NZACU notes the clause in the Bill requiring NBDTs to gain Reserve Bank consent for any transaction that would give the purchaser powers to control 20% or more of an NBDT, or 25% or more of tits governing body, is "completely irrelevant" to the co-operative sector given it's member owned for the benefit of the collective. See the NZACU's full submission here.

Among other things, the FSF requested the Bill make clear whether or not regulations are proposed to extend the definition of "debt securities" to include building society shares.

"Without knowing whether that is intended, building society members of the FSF that fund themselves only by shares cannot be sure of their future status under the Bill."

'Cost of regulation borne by firms that didn't collapse'

More broadly the FSF says the Bill gives no certainty that an NBDT currently complying with what "are in substance" the same prudential rules as those in the Bill, will be granted a licence by the end of a transitional period.

"This leaves FSF NBDT members in a position where they, and their investors, cannot be sure of their future status, even though they are presently compliant with what are for the most part the same prudential rules as contained in the Bill. That uncertainty may even impact on their ability to retain deposits before and during the transitional period, and thus on their liquidity. That is clearly not desirable, and is to some extent at odds with the objectives of the Bill in maintaining a stable NBDT sector," the FSF said.

"It is also worthwhile for the (Select) Committee to note that the compliance burden and cost of regulation is ironically being borne by those NBDT's that didn't fail - that is their business models were developed on a sounder and more sustainable footing than failed firms, and yet they bear the ongoing compliance costs for regulation related to improving prudential soundness."

I wish the government were as concerned with how they're trashing the rule of law.