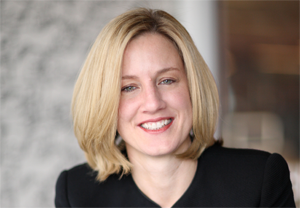 Price began her career at UDC in 1997 as a graduate. She then moved to Esanda, ANZ’s Australian vehicle finance company, where she was national product manager and national communications manager. She also had spells at American Express and Saatchi & Saatchi, before joining CBA in Sydney. During eight years at CBA her roles included general manager of brand and advertising and leading the bank’s programme to promote its centenary.

“Tessa brings a great deal of market depth and international experience to the role of CEO at UDC Finance. She is a hands-on professional who has a record of past success. We’re looking forward to having her on board,” Stuart McLauchlan, UDC's chairman said.

Price has both a Bachelor of Commerce and a Bachelor of Arts degree from the University of Auckland and an MBA (Executive) from the Australian Graduate School of Management.

Cowell, UDC's CEO since 2009, is retiring after 25 years with ANZ and 37 years in the finance industry.

Cowell told interest.co.nz in 2010 that UDC had come through the meltdown in the finance company sector by not financing any property development, and sticking to its knitting by continuing to finance plant, equipment and vehicles. Added to that was funding support from ANZ and governance, risk management and liquidity risk forecasting which mirrored its parent, Cowell said. UDC has an AA- credit rating from Standard & Poor's, which is the same as its parent's rating.

That's not exactly earth-shattering news Ivan,  most investors would know that.  So how safe are your
bank term deposits, Ivan?  They are unsecured.
Why not buy shares in say one of the listed property companies like Kiwi Income Property? Yield is far
higher than the banks, and leverage is less than 40%.  And your investment is ownership of land
and buildings.