KiwiRail write-downs push govt deficit to worse position than expected in May Budget in year to June, govt financials show

KiwiRail write-downs push govt deficit to worse position than expected in May Budget in year to June, govt financials show 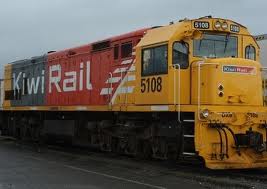 The government’s books are in a worse position than forecast in May, even though core tax revenue was higher than expected and core expenses lower than expected in the 2011/12 year.

KiwiRail’s NZ$1.4 billion asset write down announced in June contributed to a government operating deficit before investment gains and losses of NZ$9.2 billion in the year to June 30, 2012, the government’s Financial Statements for the year show.

Finance Minister Bill English said an improving economy pushed tax revenues up during the year. Lower than expected core expenses were recorded due to a number of factors, including costs associated with the Emissions Trading Scheme and the leaky homes assistance package.

Finance costs increased in line with the government’s level of borrowings, costing the government NZ$3.5 billion (1.7% of GDP) in 2011/12.

The Government’s two large long term liabilities, ACC and the Government Superannuation Fund (GSF) increased over the year, resulting in a loss of NZ$6.8 billion being recorded, Treasury said.

“Because these liabilities are paid out over more than 50 years, the present-day value of these future payments is sensitive to interest rate changes,” Treasury said.

In addition to the losses on ACC and GSF, significant gains recorded last year by the Government’s investment funds – the Super and ACC funds – were not repeated this year, as growth in international markets was more subdued, Treasury said.

“The operating balance deficit (after taking these gains and losses into account) was NZ$14.9 billion, compared with NZ$13.4 billion last year,” Treasury said.

But but but .....Sir  Michael Cullen told us that it was a " premium asset " ..... which was why he offered Toll more than double what they thought they'd get for KiwiRail .....

.... what the heck , it was only taxpayers' money he was lavishing on the nation's trainset .....

And the Red-Green Show cheered the purchase at the time , one recalls ..... so much more efficient than running trucks up and down the country ...

They had to pay Toll all that money because they so heavily invested in infrastructure and upkeep, they certainly didn't run it into the ground and then dump it back on us...

Government policies for a few.
With the current mismanagement of our economy – we go nowhere – even not from Auckland to Wellington - in a decent time – ha – third world ! Public transport, especially the important planning, manufacturing and maintenance side is heavily neglected and doesn’t stand a change to survive.
.

Gummy – not like fishing, hunting and selling houses to each other – building and running locomotives trough the country, is simply not part of our culture.

Walter : Provincial governments began setting up railway lines in NZ from 1863 ......and in 1870  the central government took over , and began standardisation of  the rail widths ...

... so I'd reckon that after 149 years of trains in New Zealand , the trial period is over  ... Building and running locomotives through the country should be an integral part of our culture by now ...

Roger of course - in stead of a hunting, fishing and selling houses to each other, a culture of manufacturing among the wider NZpopulation including politicians/ policymakers would safe billions of NZ$, which we now have to spend to foreign countries/ companies.
I doubt if we can maintain our standard of living with such a mentality.

if i remember correctly it cost us 320 million to electrify the main trunk from te rapa to palmerston north.
we then sold it for approx 360 million to some crooked busuiness men.
we then paid an enormous amount to buy it baak and it's been costing us heaps ever since.
IF THAT WAS A MISTAKE THEN IT'S BEEN A GOOD ONE

Cullen could have bought both Air NZ and NZ Rail for way less, even off the receivers if need be. Instead he helped first BIL and then Toll get more money back than they deserved. Still neither example makes a good case that private ownership is more efficient than a SOE

A caution for Thinkers who thirst
for Trainsets, and buying in first
for what you intend
may turn out in the end
to transmogrify Cash into Cursed

The government should go after Sir Michael Fay and David Richwhite for that $600,000,000 they split between them after they stole it from NZ taxpayers through their sham investment banking embezzlement of NZ Rail.

For all his faults Winston Peters was spot on with that one. Fay and Richwhite did eventually cough up $20 mill each in reparation, but denied any wrongdoing!

If the UK can strip Fred the Shreds knighthood for his debacle with the RBS, Fay should certainly lose his for his time at Fay Richwhite. And perhaps cough up a bit more towards the governments costs for buying the whole thing back from Toll.

but there are some kiwi's out there who wanted fay to buy crafar farms.
we are a forgiving bunch aren't we.
either that or we must have short memories.
the chinese might be crooks but fayfay is the head honcho

I'm not forgiving at all. I'd prefer to see them both do some jail time but that won't happen. And at the very least Fay could up the amount they are offering for Crafar to match the Chinese just with the interest and investment income alone that he's received off his ill-gotten gains since the early 90's.

That he hasn't hilights once again what a shallow selfish individual he is.

All those insurance problems and no one from AMI is in jail. Why not?

As at 5 April 2012, Southern Response is responsible for settling an estimated $1.5 billion in earthquake claims involving:

AMI's "good" business was sold to Australia's IAG, owner of NZI and State, for NZ$380 million.

Will the govt be seeking to recoup the mounting losses from those that made decisions at AMI, that lead to the bailout.

The cost of taking over insurer AMI has increased from the $355m recorded last year. During the year another $401m cost was recognised which after a gain realised on the sale of the ongoing business of AMI of $245m left an extra cost of $156m in the 2012 year.

There must some assets that can be sold off,  houses, boats etc.
Won't add up to much in the scheme of things, but examples need to be made.
Otherwise, we all might as well go around forming companies, that fail with zero consequences.

I think that's a no.
Even if you wanted to you would have to prove gross negligence on part of the directors and there isnt any evidence of that from what Ive read.  At best you could say the specialists who constructed the models that the directors relied on didnt do a good enough job, but thats hindsight.
NB The finance debacle shows that there are consquences.
regards

Steven - we could at least have public disclosure of float retention levels prior to investment versus premuims, and a whole lot more besides, since taxpayers have a liability to pay money to privately insured property owners - what did I do wrong to make good on private contracts. - same with leaky homes - if I have to pay I wish those with failure responsibility to do so, other than my innocent fellow taxpayer.

Steven,  AMI were in the business of providing insurance.
They took customers money in the form of premiums, and could not deliver on valid claims on the insurance policies.
The taxpayer ended up covering the deal.
That seems pretty straight forward to me.

If Joe Bloggs has a debt to the IRD, what does the IRD do?
Persue it. And quite rightly too.
IRD, can and does, routinely bankrupt those who can't run a buisness properly.
All in the name of protecting taxpayer money.
Those at AMI should be subject to the same rules as everybody else.

AMI = Assignment of Megadebt to Institution

SL, you forgot to mention the NZ delegation attending the Frankfurt Book Fair:

"This is much bigger than the Rugby World Cup," Manhire continued at the reception.
"We should have spent much more money on this - two or three times more," he argued, in reference to criticism from some corners that too much had been spent - an estimated NZ$5.5 million - on setting up the pavilion and getting around 60 New Zealand authors over to Europe. Read more, NZ Herald

There was a small railbed to Gizzy
But storms washed it into a Tizzy
The beancounters said
Oh, its def'nitly Dead
But Locals still mourn for their Bizzy

The Government’s two large long term liabilities, ACC and the Government Superannuation Fund (GSF) increased over the year, resulting in a loss of NZ$6.8 billion being recorded, Treasury said.

“Because these liabilities are paid out over more than 50 years, the present-day value of these future payments is sensitive to interest rate changes,” Treasury said.

Big question. What are the compound growth multiplier values associated with ACC and GSF used to calculate the forecast values of current funds under management that have been discounted by what to arrive at these disclosures?

Or are we just discounting unfunded estimated liabilities here as both funds are infinitesimal and of no consequence to taxpayers eventual liability. Lets not forget NIRP is replacing ZIRP in most forecaster's minds

It's always the same old story of rubbish in, then rubbish out so let's get to the bottom of this unsustainable bottomless pit of GSFentitlement.  Some retirement funds have recently had the gall to project 8% compound growth when CALPERS managed a measly 1% return up to June this year.

Stephen Hulme - glad you brought these questions up, because I've been sitting wondering WTF is going on.